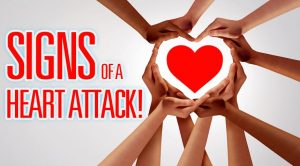 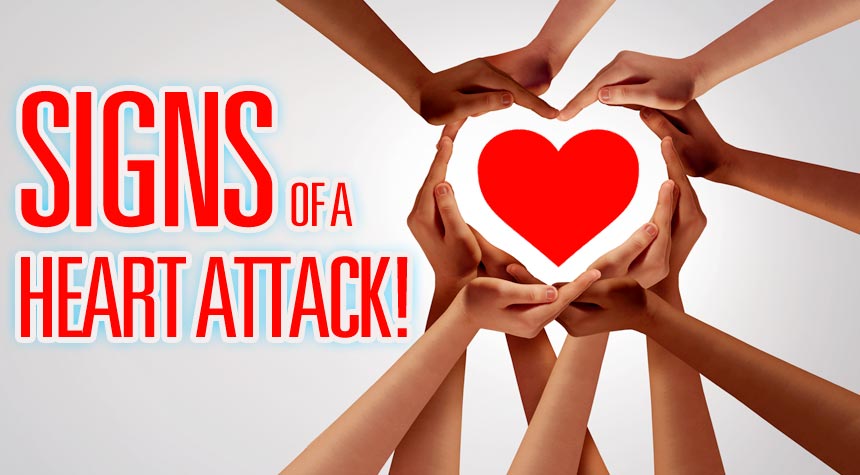 Signs Of A Silent Heart Attack

When we think of people having a heart attack, we usually imagine them clutching their chest, doubling over in pain, and collapsing, as we see on a television show or in the movies. But, not all heart attacks are that intense.

In fact, a person could be having a heart attack and not even know it. That’s because a “silent” heart attack has no symptoms or symptoms that are not typically associated with a recognizable heart attack, such as shortness of breath and chest pain.

According to statistics from the American Heart Association, of the estimated 805,000 heart attacks that occur each year in the United States, a projected 170,000 are silent heart attacks.

Although a silent heart attack has warning signs, it is not uncommon for people to think that they have indigestion, or a sprained or strained muscle, or are “just feeling run-down,” according to Dr. Eduardo Marban, executive director of the Smidt Heart Institute at Cedars-Sinai Medical Center in Los Angeles.

“It’s not necessarily that there were no symptoms; it may just be that the patient didn’t recognize them as heart symptoms and wasn’t concerned,” Marban says.

Dr. Robert Lager, an interventional cardiologist at MedStar Washington Hospital Center in Washington, D.C., points out that some people truly experience no symptoms when they have a heart attack. For instance, diabetics who have neuropathy (nerve issues that interfere with pain signals), women, and older adults are more likely to have a silent heart attack without warning signs, Lager said.

What Causes A Heart Attack?

A heart attack, also called a myocardial infarction, usually happens when a blood clot blocks blood flow to the heart. Without blood, tissue loses oxygen and dies. The more time that passes without treatment to restore blood flow, the greater the damage to the heart muscle.

A damaged heart can affect the heart’s rhythm and its ability to pump blood to the rest of the body. Also, a heart attack places people at risk for another heart attack or other serious medical conditions such as stroke, kidney disorders, and peripheral arterial disease.

Coronary artery disease (CAD) is the most common cause of a heart attack, according to the U.S. Centers for Disease Control and Prevention (CDC). CAD occurs when plaque—formed by fat, cholesterol, and other substances—builds up in the walls of the arteries that supply blood to the heart. Plaque causes the inside of those arteries to narrow and block blood flow, which deprives the heart muscle of oxygen and nutrients.

The risk factors for a silent heart attack are the same as those for a heart attack with major symptoms, according to the Mayo Clinic. These factors include:

The Mayo Clinic reports that men 45 years old and older and women 55 and over are more likely to have a heart attack. The CDC, however, says that a heart attack can happen at any age because the conditions that lead to heart disease, such as obesity and high blood pressure, are occurring more and more in younger people.

These symptoms contrast with the traditional symptoms of a heart attack, such as:

Lager said one way of determining silent heart attack symptoms is if the warning signs do not subside. For instance, shortness of breath or sweating that does not subside after a person takes it easy and lies down or sprain-like pain in the neck and arm that does not go away after stretching or shaking it out could be signs of a silent heart attack.

The only way to determine for certain whether a silent heart attack occurred is through a routine test, such as a:

Generally, people discover that they have had a silent heart attack when they are being examined for another medical issue. By that time, damage to the heart has already been done, but the damage can vary, according to Dr. Leslie Cho, director of the Women’s Cardiovascular Center at the Cleveland Clinic. Some people have a silent heart attack in a “small territory and the heart has performed its own natural bypass,” while others develop serious heart complications such as heart failure, Cho said.

A 2018 study published in the Journal of the American College of Cardiology found that having a silent heart attack increases the risk of heart failure by 35 percent compared to people without evidence of a heart attack.

The CDC urges adults of all ages to take control of their health by incorporating heart healthy habits, such as:

Lager adds not to ignore “out-of-the-blue” health problems and not to “sit around and wonder” what could be wrong.

“The longer one waits to get evaluated, the more likely that there will be irreversible damage” to the heart muscle, Lager says. “Time is muscle.”