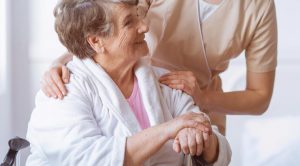 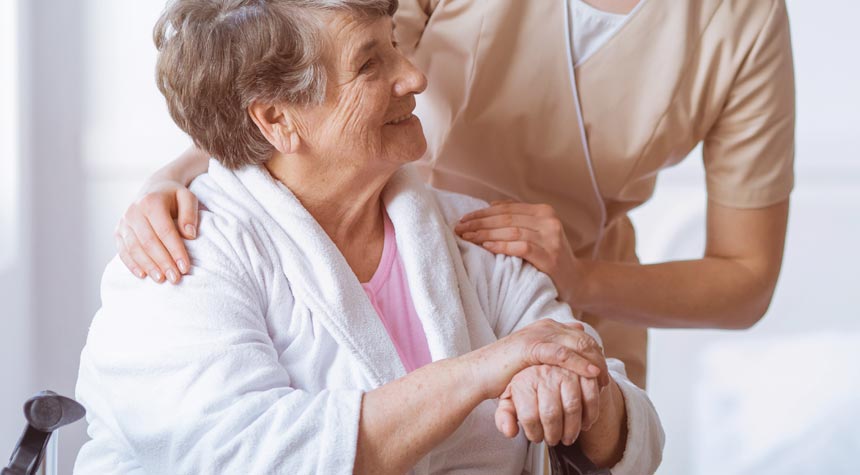 In recent years, both of Suozzi’s parents passed away. Fortunately, his 93-year-old mother and 95-year-old father had long-term care insurance, which Suozzi said, allowed them to “age comfortably at home with the assistance of home health aides.”

Medicare, a federal health insurance program, does not cover long-term care. Medicaid, a federal and state health program for low-income individuals, only pays for nursing home care for seniors who financially qualify and have a medical need.

Since the population of adults 65 and over is one of the fastest-growing demographics in the country, more long-term care options will be needed. But how can seniors pay for these options if they cannot afford them?

In an effort to stave off a financial potential disaster, Suozzi has introduced the Well-Being Insurance for Seniors to be at Home (WISH) Act. The bill would create a public-private partnership to provide and finance long-term care for elderly Americans.

“We have a storm coming, with the number of disabled elders expected to double in the coming years,” Suozzi said in a news release about the pending legislation. “Fewer family caregivers are available for these aging Americans and the market for long-term care insurance is not currently sufficient to address these demographic challenges.”

Long-term care insurance covers all or part of the costs of assisted living facilities and in-home care for people with chronic health conditions, and seniors who need help with daily living activities, such as bathing, showering, dressing, and getting in and out of bed.

According to a report by the Urban Institute, 70 percent of adults 65 and over develop “severe” long-term care needs before they die, and many rely exclusively on unpaid care from family and friends, The report also noted that older adults who have limited financial resources tend to have more severe long-term care needs.

According to the WISH Act, 1 in 5 middle-income seniors will end up impoverished, Medicaid eligible, and using Medicaid to cover their long-term services and supports costs.

If enacted, the WISH ACT would:

Because of the public-private partnership that the bill would establish, middle-income seniors who need institutional care will avoid having to spend down their life savings in order to qualify for a Medicaid-funded nursing home, Suozzi said.

Funding the WISH Act through payroll taxes may lift “some of the burdens of long-term care costs currently imposed on the Medicaid program,” MacGuineas said in a statement about the bill. “We commend Rep. Suozzi for not passing costs on to the next generation.”

Suozzi’s legislation has received the support of senior advocacy groups, including LeadingAge, an association of nonprofit organizations that provide care, services, and supports to older adults and their families.

“The WISH Act takes an important step forward toward ensuring that long-term care and services do not impoverish families,” Katie Smith Sloan, President, and CEO of LeadingAge, said in a statement about the bill. “The result is a much-needed, public-private partnership and an important step toward more equitable access to long-term services and supports for all.”

The WISH Act would also benefit people living with Alzheimer’s disease and other forms of dementia whose long-term care needs will exceed what families can reasonably provide, according to the Alzheimer’s Association.

With rising health care costs threatening to bankrupt families, businesses, and the health care system over the next two decades, the WISH Act could help people living with Alzheimer’s age at home, Robert Egge, the Alzheimer’s Association’s chief public policy officer, wrote in a letter to Suozzi.

The Alzheimer’s Association reports that an estimated 6.2 million Americans 65 and over are living with Alzheimer’s dementia in 2021.

What’s more, total payments for people with Alzheimer’s or other dementias are estimated to be $355 billion in 2021. Of that amount, Medicare and Medicaid are expected to cover $239 billion or 67 percent of the total health care and long-term care payments, leaving people living with Alzheimer’s or other forms of dementia and their families to pay the remaining costs.

“Unfortunately, our work is only growing more urgent,” Egge wrote.

Suozzi sees these future challenges and believes the proposed legislation can help seniors and their families.

“The WISH Act would save the Medicaid program and millions of Americans from financial ruin, would allow people to age at home with dignity and would create millions of good-paying, middle-class jobs in the home health care industry,” Suozzi said.