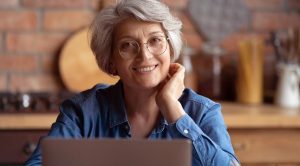 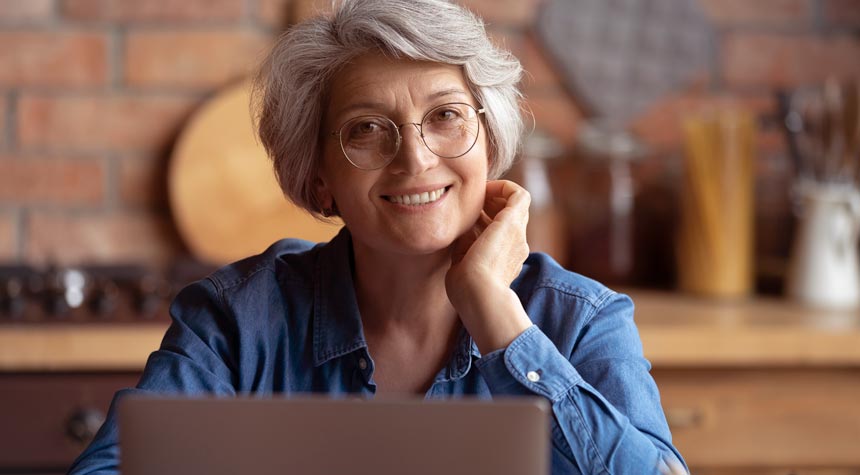 The age-tech industry is expected to boom over the next few years, and AARP plans to help it along through its Innovation Labs. AARP believes that helping companies in their efforts to offer “innovative, senior-focused tech-based products and services” allows older adults to choose how they live as they age.

Companies and applications (apps) in AARP Innovation Labs have devices that help seniors live independently and make it easier to care for them. Some of the companies and their devices include:

According to AARP, age technology is set to play an “empowering role” as the older adult population continues to increase. AARP says its goal is to “help champion that evolution.”

In Spring 2020, Allison Ayers Hendy, a caseworker with New York State Office for the Aging, was no longer able to visit her older adult clients in person because of the coronavirus disease pandemic. The 50-year-old caseworker had to call them instead. Many of the seniors told her that they did not have food or were too afraid to leave home, and were lonely.

So, the Office for the Aging began to deliver packaged meals to seniors and Hendy volunteered to deliver the food as a way to check on her clients. Besides the food, the department also placed a bulk order for robotic pets.
Prior to the pandemic, the Office for the Aging had positive feedback from seniors involved in a pilot program involving interactive cats and dogs.

The Joy For All Companion Pets are not toys, even though they look, act, feel, and sound like real cats and dogs. Ageless Innovation, the company that created the robots, says the interactive pets were designed to bring comfort, companionship, and fun to older adults. The cats purr, the dogs bark and both respond to touch, such as petting and hugging.

Hendy offered lifelike pets to some of her clients. She gave a robotic dog to a woman named Paula whose cancer had metastasized. When Paula discovered that she had a fractured spine, she told her life-like pet, “Here we go again.”

Hendy gave a beige dog with a red bandana to Bill, an 85-year-old widower who is legally blind. Bill says he doesn’t do much, so the “dog’s barking” breaks up his day. Bill jokingly said in an interview that he went to get his dog some water one day, but she didn’t drink it. Of course, Bill said he knew the robot cannot drink water. He just likes to “kid around with her.”

The state Office for the Aging has been distributing the robots to seniors since launching its pilot project in 2018. In the project’s first year, the office distributed companion pets to 60 participants. One year later, researchers concluded that 70 percent of the participants felt less lonely.

On a recent Sunday evening In Denmark, Hannelene Kortegaard, a social and health care assistant, and her husband, a truck driver, had finished dinner when the Heartrunner first responder app alarm sounded on the smartphone.

“Can you run?” the app asks. The Kortegaards responded, “Yes.”

Heartrunner is a Swedish med-tech innovation company that developed an app that connects people who know CPR and how to use automated external defibrillators, or AEDs, with people in a 1.1-mile radius who are suffering cardiac arrest.

In Hedensted, a small town in western Denmark. Erik Harry Kaxe’s heart stopped beating. The app gave the Kortegaards Kaxe’s address. In the meantime, an emergency services operator dispatched an ambulance to Kaxe’s house and guided his wife to perform CPR on her 81-year-old husband.

Many credit the volunteers and smartphone technology for the dramatic increase in Denmark’s heart attack survival rate. Statistics show Denmark’s survival rate for out-of-hospital cardiac arrest increased from 4 percent to 16 percent in the past 20 years.

A Heartrunner app survey found that of the more than 100,000 volunteers, 75 percent do not have a professional health care background. Data from the Danish Cardiac Arrest Registry show civilians respond faster than professionals to more than 4 in 10 cardiac arrests that occur out of a hospital.

There are similar apps in the United States but healthcare professionals, and not civilians, are called to cardiac arrests in residences. Private citizens are not asked to be responders because of concerns for their safety when going to a stranger’s home.

Communities involved in a pilot program for PulsePoint, a North American responder app, use volunteers who took CPR training or who are off-duty emergency responders.

After studying pilot programs for first responder apps, Thomas Rea, a professor of medicine at the University of Washington, said that so far, there have not been any safety issues with off-duty professionals.

“Maybe we’re not thinking forward quite as fast as we could,” he said.