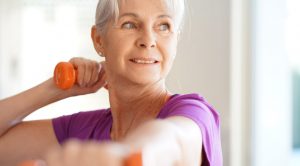 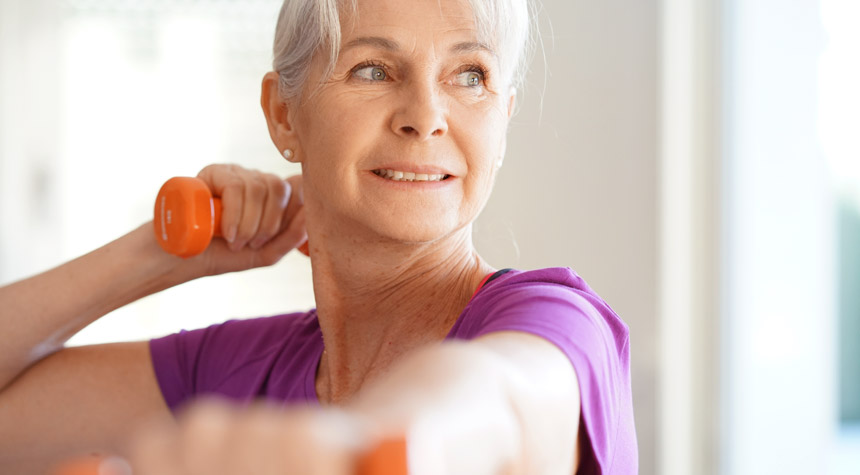 A New Start After 60

Sometimes it takes harsh words from someone who knows us well to jolt us into action. This is what happened to Joan Macdonald. At the time, Macdonald was 71 years old and weighed 198 pounds. She had high blood pressure and kidney problems. She was also taking medication for cholesterol and acid reflux, and her doctor wanted to increase the dosage.

Macdonald said she was sick and tired of being sick and tired, but didn’t quite know what to do. One day she was talking to her daughter, Michelle, about her dilemma. Michelle, a fitness coach, bluntly told her that she was going to end up in a nursing home and have people looking after her, which is what happened to Macdonald’s mother. Then Michelle pointedly asked: “Do you want that?”

All Macdonald could think about over the next two weeks was what her daughter told her. “I want to earn Michelle’s respect,” she thought, “I mean, she loves me, but you can love a person without even liking them.”

So, Macdonald made a decision: She left her home in Ontario, Canada, and joined Michelle and her husband, who is also a fitness coach, in Tulum, Mexico. Michelle made up a workout program for her mother. While there, Macdonald learned how to make protein shakes and started working out at the gym. She began to lift 2.5-pound weights and over time, worked her way up to 25-pound weights.

Joan had built up so much muscle that others at the gym not only took notice, but took photos of her toned abs and her “defined back.”

Within nine months, Macdonald was off her medication. And, that’s not all. She opened an Instagram account which now has 1.4 million followers. She posts photos of herself wearing sports tops, and jumping waves in beachwear. Macdonald caught the attention of the retailer Women’s Best, a premium sportswear and fitness nutrition company targeted at women.

Joan was once feeling as if she was facing her health dilemma alone, she now has thousands of eyes watching her next move.

“I have a tendency to do things that anyone else would say: ‘Oh my God! What’s she doing now?’”

Many believe that people over 65 cannot increase and grow their muscles, according to Mark Peterson, an associate professor of physical medicine and rehabilitation at the University of Michigan. But muscles can grow when they are stimulated, he said. Peterson, however, advises older adults to check with their doctor first before starting an exercise program.

People begin losing lean muscle mass around the age of 25 or 30, and much more is lost by the age of 50, says Chris Kolba, a physical therapist at the Ohio State University Wexner Medical Center. But seniors can still build up their muscle mass, but not at the same rate as when they were younger.

Besides age, absorbing and using less protein also causes older adults to lose muscle. In addition, hormone changes can slow down metabolism in both men and women to cause them to lose muscle and gain fat. Strength training, however, can help, Kolba said. But, it might take a while.

The Centers for Disease Control and Prevention recommends people 65 and older who are generally fit and have no limiting health conditions, do muscle-strengthening activities two or more days a week.

Along with muscle strengthening, cutting calories can improve the health of older adults. Researchers at Wake Forest University conducted an 18-month study of 249 adults in their 60s who were overweight or obese. Investigators found that a combination of weight training and a low-calorie diet preserves much-needed lean muscle mass that can be lost through aerobic workouts.

“A lot of older adults will walk as their exercise of choice,” Kristen Beavers, the study’s lead author and assistant professor of health and exercise science at Wake Forest said in a news release. “But this research shows that if you’re worried about losing muscle, weight training can be the better option.”

It’s Never Too Late to Change

If there’s one thing that Macdonald wants to get across to older adults, especially women, is that they are not finished just because they are 40, 50, 60, or 70.

Macdonald said it took her about 55 years to “wake up” and make her change. She had been struggling with her weight ever since high school. Like many women, Macdonald married and had a family, and forgot about herself as she became busy with her family.

It was not until she “touched bottom” at 71 that she decided to make a transformation. She always liked to take on challenges, like DIY projects with her husband. But now, Macdonald says, “I’m building me instead.”

This year, Macdonald turned 75 years old. She celebrated by zip-lining, something that she can enjoy now that she’s “more outgoing, happier, less angry.”

“I wish I’d known what I know now,” she said. “I would have been a healthier me most of my life.”