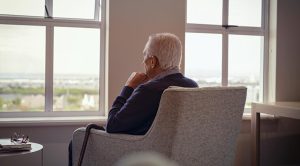 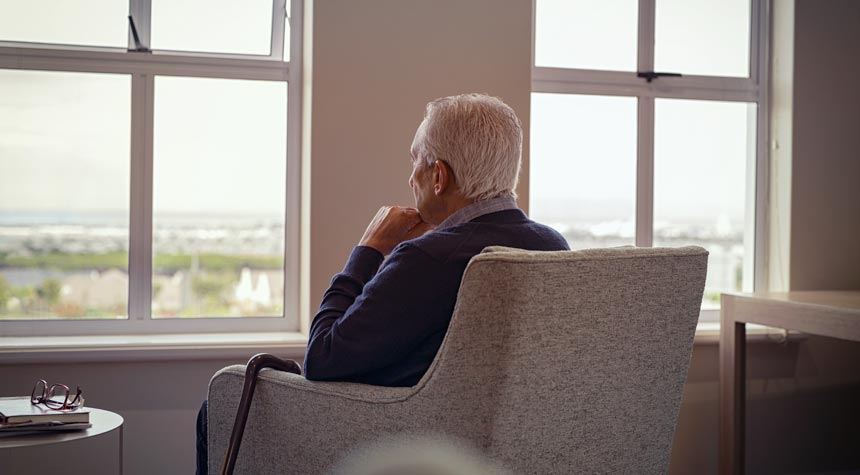 Researchers are hailing an experimental drug that has shown promise in slowing cognitive decline by 27 percent in some patients with Alzheimer’s disease.

The drug, Lecanemab removes amyloid clumps from the brain. Amyloid and tau are two abnormal proteins believed to be the primary cause of Alzheimer’s disease, suffered by an estimated 6.5 million Americans age 65 and older.

The proteins clump together and form plaques, which interfere with communication between brain cells and cause memory loss, confusion, and other symptoms.

The results for Lecanemab are “real and robust,” said Dr. Christopher van Dyck, the study’s lead author and director of the Yale Alzheimer’s Disease Research Center. Dr. van Dyck presented the Lecanemab study at the Clinical Trials on Alzheimer’s Disease meeting in San Francisco in November.

The third phase of the international clinical trial involved nearly 1,800 participants who were in the early stages of Alzheimer’s disease. Researchers followed the participants over 18 months and found the drug slowed the rate of cognitive decline by 27 percent in participants who took Lecanemab compared to those who received a placebo.

The study results also showed that 1 in 5 participants who received Lecanemab had side effects, such as headache, confusion, dizziness, vision changes, and nausea.

While Biogen and Eisai officials were encouraged by the results, they noted that “longer trials are warranted to determine the efficacy and safety of Lecanemab in early Alzheimer’s disease.” The study was published on Nov. 29 in The New England Journal of Medicine.

Dr. Babak Tousi, head of the Clinical Trials Program at the Cleveland Clinic Lou Ruvo Center for Brain Health, said the meeting in San Francisco was the “most exciting meeting we’ve had for clinical trials on Alzheimer’s disease over the last ten years.”

“I think part of it is that finally, we may have a medication that is showing efficacy in this primary outcome of this study,” Dr. Tousi told ABC News.

Set to launch in the first quarter of 2023, the PrecivityAD2 blood test uses a statistical algorithm to determine the amount of amyloid and tau in the blood. According to C2N Diagnostics, the blood test can determine with 90 percent accuracy if a person has Alzheimer’s disease even before exhibiting any symptoms.

Before the early 2000s, the only way Alzheimer’s was confirmed was by an autopsy, according to the National Institute on Aging. Later, doctors diagnosed the disease based on confusion, memory loss, and other clinical signs.

Currently, there are several ways to diagnose Alzheimer’s, including a test that measures amyloid and tau levels in cerebrospinal fluid (CSF) and brain scans, such as a positron emission tomography (PET) scan. The PrecivityAD2 blood test is not as invasive as brain imaging or spinal taps.

By using the blood test, Dr. Joel Braunstein, C2N Diagnostics president and CEO said clinicians, in most cases, can avoid taking additional CSF tests or amyloid PET imaging to promptly rule in or rule out the presence of amyloid plaques for patients with cognitive impairment.

“This could accelerate time to diagnosis and proper treatment for many patients, enhance patient access and convenience, and reduce costs by eliminating more complex and costly amyloid detection tests,” Dr. Braunstein said in a news release about PrecivityAD2, which is based on research from Washington University.

Tips for Caring for Older Adults with Alzheimer’s

As researchers focus on developing medications that can slow the progression of Alzheimer’s disease, there is still no cure for the progressive neurologic disorder. This means that older adults will eventually need someone to care for them, and family members or paid caregivers usually take on this daunting task.

Caregivers need to handle many duties, from helping older adults with daily living activities, such as bathing, dressing, and grooming, to preparing for medical emergencies and natural disasters. In emergencies, the U.S. Centers for Disease Prevention and Control recommends caregivers first consider the needs of the person with Alzheimer’s disease and store supplies, such as incontinence undergarments, wipes, and non-perishable snacks. It’s also essential to have copies of the necessary paperwork as well as contact information for medical professionals and other relatives or friends.

Over time, the person with Alzheimer’s disease may begin to wander. Fortunately, caregivers can provide their loved ones with a wearable ID or enroll them in the MedicAlert Wandering Support Program sponsored by the Alzheimer’s Association and the MedicAlert Foundation.

The difficulty comes not in storing supplies but in witnessing the changes of a loved one brought on by Alzheimer’s disease. Martin J. Schreiber took care of his wife, Elaine, who was diagnosed with Alzheimer’s in her mid-60s. It was around 2005, Schreiber recalled when Elaine “began to slip away from me.” Eventually, Eliane forgot her family, including her husband. During this time, Schreiber described his wife as the “Second Elaine.”

In an opinion article published by Fox News, Schreiber learned lessons from his experience that he shares in his book, My Two Elaines: Learning, Coping and Surviving as an Alzheimer’s Caregiver:

• Expect to make mistakes along the way. Caregivers do what Schreiber describes as “heroic work,” but they should not expect to be perfect.

• Build a support network. It’s important for caregivers to first take good care of themselves. “I should have started earlier to find an adult day care so that I could reclaim part of the day for myself, including time for exercise,” Schreiber wrote.

• Ask for help. Do not isolate yourself, reach out to others and ask them to help you somehow. “To survive, you can’t worry that you’re being a burden,” Schreiber wrote.

• Prepare to make difficult decisions when your loved one’s condition begins to change. There came a time when Schreiber said he had to decide whether to move his wife into a facility after recognizing that “Marty’s One-Man Nursing Home” was no longer good enough either.”

Schreiber tells family members not to live in the past but accept the “hard truth” that their loved one has changed. In wishing for the past, Schreiber believes he deprived his wife of happiness at the moment.

“Even though it broke my heart, I should have let go of my First Elaine sooner so I could love my Second Elaine where she is now.”