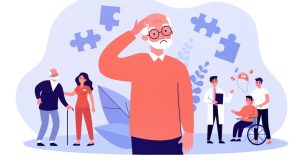 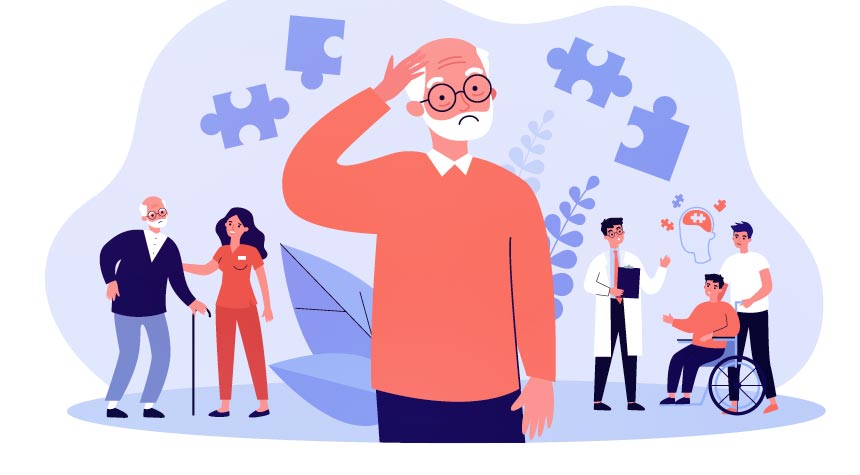 If you have hearing loss, a growing number of studies suggest that you may be at risk for developing dementia. However, the authors of a new study reported that managing hearing loss could potentially help prevent or slow down cognitive decline, and hearing aids may play a role in the process.

In their study, published in early December in the JAMA Neurology journal, researchers in Singapore found that using hearing aids was associated with a 19 percent reduction in long-term cognitive decline. The study’s authors noted that treating hearing loss to prevent the progression of cognitive decline is essential.

The study involved a meta-analysis of 31 studies, both observational and clinical trials, with 137,484 participants whose average age ranged from 64-86 years. The participants were followed for two to 25 years. The study focused on the association between hearing loss and cognitive decline. The investigators reported that the use of hearing correction devices, such as hearing aids and cochlear implants, was linked to a 19 percent decrease in all stages of cognitive decline. Researchers also noted that people who used these devices improved 3 percent in cognitive test scores that assessed general cognition from three months to a year.

It’s commonly assumed that severe mental decline is a normal part of aging. But that’s not always so, according to Dr. Marc Milstein, a neuroscience researcher and author of The Age-Proof Brain: New Strategies to Improve Memory, Protect Immunity, and Fight Off Dementia.
In many cases, certain lifestyle factors have a greater impact on whether a person will develop memory-related diseases than the person’s genetic makeup.

In an article for CNN Health, Dr. Milstein wrote that he lives by the following “seven hard rules” to keep his brain sharp and fight off dementia:

2. Manage sugar levels and be careful of excess sugar. Sugar will sneak in through packaged foods. Also, be wary of any product that includes syrup, such as agave nectar syrup or high-fructose corn syrup.

3. Get quality sleep. A healthy brain needs somewhere between seven and nine hours of sleep every night.

5. Don’t smoke and avoid second-hand and third-hand smoke. Studies show that people who smoke and people who do not smoke but inhale second-hand smoke have an increased risk of dementia later in life. Research also shows that third-hand smoke, which is residual cigarette smoke that lingers in rooms, on clothes, furniture, and other places, can give off chemicals that are toxic to the brain.

6. Make social connections. Numerous studies have shown socially active people 55 and over reduce not only their risk of loneliness but also their risk of memory loss. Dr. Milstein says that social interaction creates new pathways in the brain because it drives connections between our brain cells.

7. Be a life-long learner. While brain games like Sudoku, Wordle, and crossword puzzles are beneficial to brain health, learning something new and acquiring new information are more effective ways to make new connections in the brain. “The more connections you make, the more likely you are to retain and even enhance your memory,” Dr. Milstein wrote.

Ultra-processed Foods Can Affect The Brain

While ultra-processed foods have been linked to obesity, heart disease, and other serious health conditions, a new study suggests these foods can also damage the brain.

The study suggests that people who consume more than 20 percent of ultra-processed foods each day may be at risk for cognitive decline, according to the study presented on Dec.5 at the 2022 Alzheimer’s Association International Conference in San Diego, California.

The study involved more than 10,000 Brazilians who were followed for up to 10 years, and the average age of the participants was 51. Participants underwent cognitive testing prior to and at the end of the study. Testing included immediate and delayed word recall, word recognition, and verbal fluency. The participants were also asked about their diet.

Dr. Claudia Suemoto, a co-author of the study and an assistant professor in the division of geriatrics at the University of São Paulo Medical School, recommends avoiding ultra-processed foods and preparing their meals from scratch.

“People need to know they should cook more and prepare their own food from scratch,” Dr. Suemoto said. “I know. We say we don’t have time, but it really doesn’t take that much time. And it’s worth it because you’re going to protect your heart and guard your brain against dementia or Alzheimer’s disease. That’s the take-home message: Stop buying things that are super-processed.”