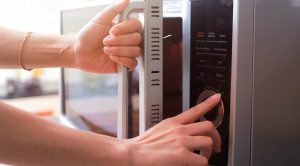 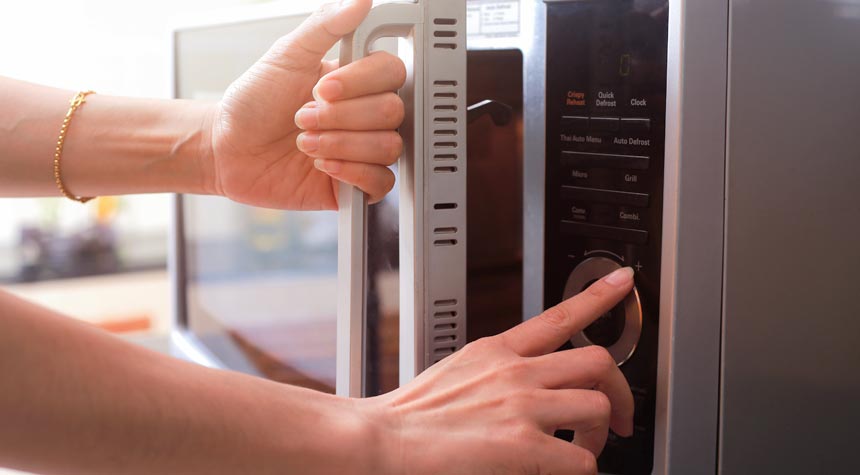 The microwave oven is the go-to appliance for everything from preparing a full-course meal to reheating leftovers. The time-saving appliance was introduced in the 1950s, and by 2000—half a century later—microwave ovens were in 90 percent of U.S. houses.

A microwave is fast, convenient, and gets the job done, but does the oven have an impact on the nutritional value of food? There are misconceptions about this popular appliance, and the most common claim is that microwave foods lose their nutritional value.

Health experts say that any cooking method—whether done in a conventional oven or a microwave oven—will cause some loss of nutrients in food because cooking damages the chemical structure of nutrients. However, the microwave is the least likely appliance to damage nutrients because its cook’s food quickly. Conversely, the longer food cooks, the more nutrients tend to break down, according to Dr. Anthony L. Komaroff, professor of medicine at Harvard Medical School and Editor in Chief of the  Harvard Health Letter.

There’s also the science behind this. For example, researchers in a 2002 study wanted to determine how different heating methods would affect the omega-3 fatty acid levels in a filet of herring. The investigators found that the omega-3 levels were not affected by microwaving any more than they were by boiling, grilling, or frying. Similarly, a 2013 study suggested that heating orange juice and milk in a microwave oven did not affect nutrient levels more than using conventional heating methods.

In addition, a 2018 study evaluated the effect of blanching, boiling, microwaving, and steaming on the content of vitamins in vegetables. According to the study, more vitamin C was retained after microwaving, and less vitamin C was recorded after boiling. In addition, microwave cooking caused the least loss of vitamin K in spinach and chard. Still, it caused the most significant loss of vitamin K in the crown daisy (a leaf vegetable, also known as “chrysanthemum greens”) and mallow (a plant with leaves that can be cooked and eaten like spinach).

When it comes to vegetables, Harvard Health chooses to microwave over boiling since nutrients leach out into the cooking water. For example, broccoli loses a cancer-fighting compound called glucosinolate when boiled; but when steamed, broccoli holds on to more glucosinolate, according to Harvard Health. Using a small amount of water in a microwave steams food from the inside out, which keeps in more vitamins and minerals than almost any other cooking method.

Cooking involves time and temperature, and it does not take long to reach a target temperature for food, Scott A. Rankin, professor, and chair of the Department of Food Science at the University of Wisconsin-Madison, told CNN. So, cooking in a microwave is suitable for retaining nutrients in a short amount of time.

“The advantage of microwaving is that the come-up time is quick, so it takes less time to reach a target temperature of food,” Rankin said.

According to Rankin, studies suggest that microwave cooking results in more moisture loss from foods. Still, moisture loss does not result in significant differences in terms of retaining nutrients in foods.

Are Microwave Ovens Safe to Use?

Another common claim about microwaves is the radiation in the ovens is harmful to your health. GoodRx explains that the radiation produced by a microwave oven is electromagnetic radiation, which is low frequency and low energy. While the radiation can cause food molecules to move, it’s not powerful enough to change the chemical structure of the food.

What’s more, the U.S. Food and Drug Administration (FDA) regulates the manufacturing of microwave ovens. Microwave manufacturers must meet the FDA’s Center for Devices and Radiological Health safety requirements before the agency deems the appliance safe to use.

So, is it safe to use a microwave to cook food? According to Harvard Health, “microwave food can indeed be healthy.” While microwaving can potentially reduce the nutritional value of certain foods, it is still a convenient and safe method of cooking that can be used as part of a healthy diet.