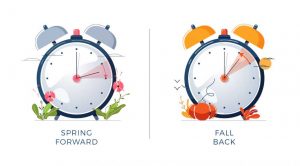 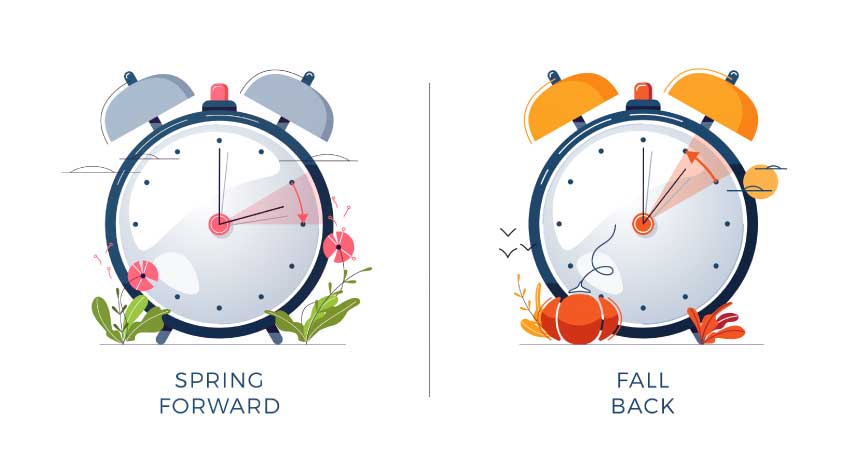 So, Rubio and Sen. Patty Murray (D-Wash.), co-authored a bill to make DST the permanent time of the United States. On March 15, the Senate passed the Sunshine Protection Act of 2021 to make DST permanent across the country starting in 2023.

Rubio cited studies that found health problems and safety risks associated with DST, which is one of many reasons why the Florida senator said a permanent time change needs to be made in the United States.

“The benefits of Daylight Saving Time have also been accounted for in the research,” Rubio said on the Senate floor after the bill passed. “For example, reduced crime as there’s light later in the day. We’ve seen decreases in child obesity. A decrease in seasonal depression that many feel during Standard Time.”

On the practical side, Rubio said it’s tough in many parts of the country for kids to be outside playing or getting involved in sports because parks or outdoor facilities that do not have lights, basically shut down between 4 p.m. to 5 p.m.

“And these lights in parks and things like that are expensive, and then a lot of communities are resistant to them,” Rubio said. “It makes it tough to do [activities].”

Murray said permanent DST means never having to change a clock again in the spring, something that “all Americans over the country want.”

“No more dark afternoons in the winter,” Murray said after the Sunshine Protection Act passed. “No more losing an hour of sleep every spring. We want more sunshine during our most productive waking hours.”

Federal lawmakers have been grappling with DST for over 100 years. The first federal law regarding DST was passed in March 1918 during World War I as a way to conserve fuel needed for war industries and to extend the working day, according to records from the Library of Congress. The law was repealed in August 1919 when the war was over. But, a law implementing DST was passed again during World War II.

Sleep experts are warning against making DST permanent because of studies showing the negative impacts of losing an hour in the spring. For example, one meta-analysis of multiple studies found an association between DST and heart attacks, especially after the spring shift and in women.

According to an article in the Journal of Biological Rhythms, more and more studies show that time differences between the social clock and the body clock are linked to decreased life expectancy, mental and cognitive problems, and shorten sleep.

Other research shows the spring shift disrupts the body’s circadian rhythm, which is the natural sleep-wake cycle that the body goes through every 24-hours. According to the U.S. Centers for Disease Control, a lack of sleep is associated with many chronic diseases and conditions, such as heart disease, obesity, and depression. In addition, not getting enough sleep can also lead to motor vehicle accidents and mistakes at work, both of which can cause injury and disability every year.

Sleep experts also say that more light in the evening comes at a cost. While summer evenings with seemingly endless dusks are enjoyable, DST does not “save” evening light at all, Dr. David Neubauer, an associate professor of psychiatry and behavioral sciences at Johns Hopkins University, told the Washington Post.

“It simply steals it from the morning when it is necessary to maintain our healthy biological rhythms,”

“We do applaud stopping the switching during the course of the year and settling on a permanent time,” Dr. Jocelyn Cheng, a member of the AASM’s public safety committee told The Washington Post. But “standard time, for so many scientific and circadian rationales and public health safety reasons, should really be what the permanent time is set to,” she said.

The AASM issued its first daylight savings time position statement in 2020 in the Journal of Clinical Sleep Medicine indicating that “current evidence best supports the adoption of year-round standard time, which aligns best with human circadian biology and provides distinct benefits for public health and safety.”

According to the AASM, data show that switching from Standard Time to DST in March increases the risk of adverse cardiovascular events, mood disorders, and motor vehicle crashes, among other events.

“It is time to stop changing the time twice per year,” the AASM said in its position statement. “We believe that permanent standard time is the best option for health.

The organization has a combined membership of 11,000 accredited sleep centers and individual members, including physicians, scientists, and other health care professionals.

Although the Senate bill to make DST permanent was passed just a few months ago, state legislators across the country have been grappling with this issue over the past several years. So far, 19 states have enacted legislation or passed resolutions to make DST permanent:

Rubio said he hoped the U.S. House of Representatives will pass the bill as quickly as the Senate.

Congress, however, has stopped the clock on the bill and House members say they want a more thorough discussion than the Senate had prior to abruptly passing the bill and moving it to the House.

According to Rep. Pete Aguilar (D-Calif.) “lawmakers should consider the broadest possible range of the bill’s impacts, including farmers, and children waiting at bus stops in the early morning darkness.”