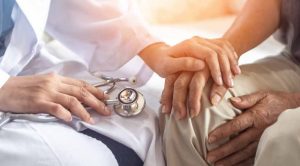 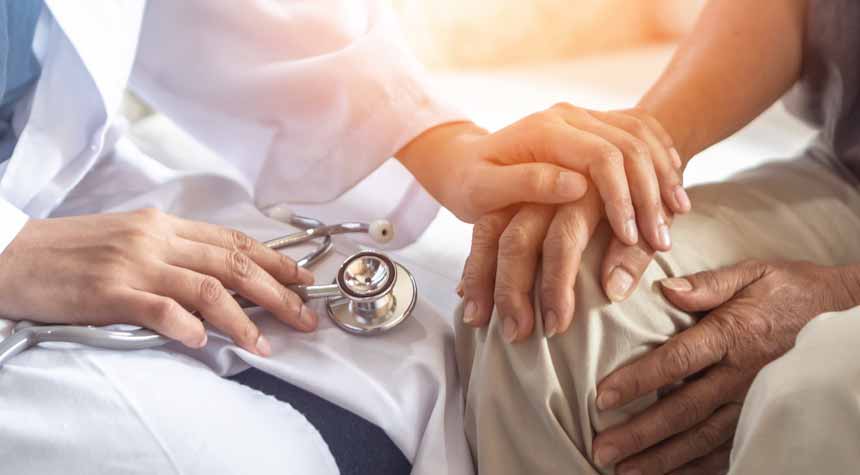 Michael J. Fox cemented his status as a television star with his role as Alex P. Keaton in the popular 1980s television sitcom, Family Ties. Fox also branched out into movies and is mostly known for his memorable role as Marty McFly in the three Back to the Future films of the mid-1980s to 1990.

Fox was riding the wave of popularity when he was diagnosed with Parkinson’s disease at age 29. Fox continued acting, despite experiencing tremors, difficulty walking, and other common symptoms of the neurodegenerative disorder. In 2000, the award-winning actor launched the Michael J. Fox Foundation For Parkinson’s Research, which has since raised millions of dollars for research and advocates for people with Parkinson’s disease.

In a recent interview, Fox said he has now lost his sense of smell, which is a common symptom of Parkinson’s. But, the symptom that affected his career the most was his difficulty with memory. It got to a point, Fox said, that he could not remember lines from his scripts. So, in 2020, Fox announced he was retiring from acting.

Fox said it was “not a case for pain” and he “didn’t freak out” when he decided to retire. “I just went, ‘Well that’s that. Moving on.’”

Fox, now 61, may have stopped acting, but he is not letting his declining health stop him from advocating for others with Parkinson’s disease.

Parkinson’s Disease and Loss of Identity

“Dr. C,” who uses this pseudonym as a columnist for Parkinson’s News Today, struggled with a loss of identity after being diagnosed with Parkinson’s disease.

“The me that I was so familiar with is gone, and I’m left uncomfortable in my own skin,” Dr. C wrote in a June 10 article for Parkinson’s News Today. “All this has led to a loss of identity.”

Dr. C, however, had a breakthrough when he discovered that Parkinson’s produces changes in the brain that results in changes in personality. To support his discovery, Dr. C cited a statement from the American Parkinson’s Disease Association, which says: “A substantial part of our personality relies on our brain function, it is not a stretch of logic to ask if a changing brain produces a changing personality.”

After spending at least seven years “walking around, bouncing off walls, and dragging and catching my feet on even surfaces,” Dr. C has now embraced his new identity.

“Self is now Parkinson’s, and I am cautiously, mindfully, moving within that world,” Dr. C writes. “The old self is dead. Long live the new self.”

Researchers at Denali Therapeutics in San Francisco, along with other researchers in the United States and Canada, have developed a drug that shows promise in treating Parkinson’s disease in its early stages.

The experimental DNL201 drug targets the LRRK2 protein, according to an article published in the journal, Science Translational Medicine in June. Previous studies have shown that mutations in the LRRK2 protein can cause Parkinson’s disease.

Clinical trials were set up to determine the safety and effectiveness of DNL201 in people with Parkinson’s disease. The drug previously had moderate success on animals, but some animals had side effects.

Phase 1 of the clinical trial involved 122 adults who did not have Parkinson’s while 28 had the disease. The team found that DNL201 significantly reduced LRRK2 levels in participants without the side effects that had been seen in some animals. Team members said the results encouraged them to advance the LRRK2 research to late-stage clinical studies in patients with Parkinson’s disease.

Studies show frequent bad dreams or nightmares that awaken people may be early warning signs of Parkinson’s disease. So, Abidemi Otaiku, an NIHR Academic Clinical Fellow in Neurology at the University of Birmingham in London, England, decided to conduct a study related to this subject.

Otaiku’s 2021 study found that people newly diagnosed with Parkinson’s who have recurring dreams with “aggressive or action-packed” content have more rapid disease progression in the years following their diagnosis, compared with people who do not have aggressive dreams.

Otaiku used a large U.S. study with 12 years of data from 3,818 older men living independently. What Otaiku said he found intriguing was that a significant proportion of the diagnoses happened during the first five years of the study. What’s more, participants who said they frequently had bad dreams were more than three times as likely to develop Parkinson’s disease.

Otaiku says his study results suggest that those, who will one day be diagnosed with Parkinson’s, may start to experience bad dreams and nightmares a few years before characteristic symptoms of Parkinson’s begin. Otaiku’s research was published June 8 in The Lancet’s eClinicalMedicine journal.

German manufacturer, Gerresheimer AG, and Adamant Health Oy, a healthcare technology startup firm of MedTech Finland, have developed technology to help people with Parkinson’s determine the best time to take their medications and make personalized adjustments to their treatment schedules.

Medical experts say medications designed to control Parkinson’s symptoms must be taken on a very precise schedule. Doses taken too far apart may not adequately control symptoms while taking medication too close together may increase the risk of side effects, such as dyskinesia (uncontrolled movements). The companies say their technology will help Parkinson’s symptoms become more stable and predictable.

“Our common goal is to optimize the treatment of Parkinson’s and to improve the patient’s quality of life dramatically,” Dietmar Siemssen, CEO of Gerresheimer AG, said in a press release.

Rune Labs, a precision neurology company based in San Francisco, was granted clearance by the U.S. Food and Drug Administration to use its StrivePD app to collect Parkinson’s disease symptom data through measurements recorded by an Apple Watch.

Aura Oslapas, a member of Rune’s Patient Advisory Board, drew from her first-hand experience with Parkinson’s in helping Rune develop the StrivePD mobile app.

“When people with Parkinson’s are prescribed new medications, adjusting how much to take and when to take it until they find something that works can be a lengthy process,” Oslapas said in a press release. “StrivePD helps people to track their symptoms and improvements, accelerating the time to an optimal medication schedule.”

StrivePD uses Apple Watch’s built-in motion sensor that can detect when a person falls. In addition, the software draws data directly from Apple’s Movement Disorder API, which measures and records tremors and dyskinetic symptoms common in patients with Parkinson’s disease.