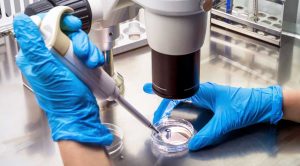 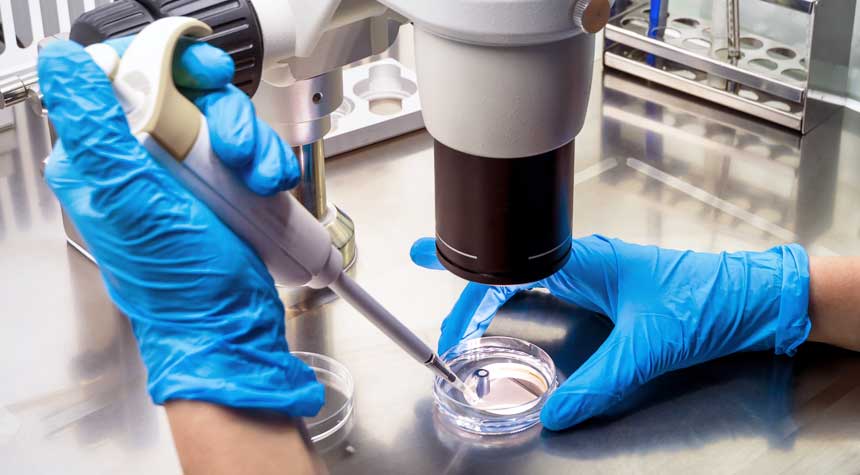 CLL is a cancer of the blood and bone marrow that develops very slowly and usually affects older adults. Although CLL is not generally a curable disease, some people live with the disease, with or without treatment, for many years. In some cases, patients become resistant to chemotherapy and other treatments, and many die of the disease.

Ludwig and Olson underwent treatment for CLL but their cancers had mutated and no longer responded to standard therapy. The two men heard about a clinical trial where researchers were running an experimental form of immunotherapy at the University of Pennsylvania’s (Penn) Abramson Cancer Center and the Perelman School of Medicine.

Immunotherapy helps a person’s immune system fight cancer. This treatment involves T-cells, which are a type of white blood cell that helps protect the body from infection. T-cells are part of the immune system and develop from stem cells in the bone marrow.

The research team in the Penn study used chimeric antigen receptors (CARS) T-cell therapy. In this type of therapy, T-cells are collected from the person with cancer. The T-cells are then genetically modified in a laboratory to produce CARS, which recognize and bind to specific proteins on the surface of cancer cells.

The genetically modified T-cells are multiplied into the millions in the laboratory and infused back into the patient. The goal is to have the CAR T-cells continue to multiply in the patient’s body and recognize and kill any cancer cells.

“This long-term remission is remarkable, and witnessing patients living cancer-free is a testament to the tremendous potency of this ‘living drug’ that works effectively against cancer cells,” said Dr. J. Joseph Melenhorst, the first author of the study and a research professor of Pathology and Laboratory Medicine at Penn.

The Penn investigators conducted the study along with researchers at the Children’s Hospital of Philadelphia’s Center for Single-Cell Biology. The study was published in the journal, Nature, in February.

An analysis of both Ludwig and Olson found that this is the longest persistence of CAR T-cell therapy recorded to date against CLL, according to the research team. What’s more, the CAR T-cells were detected at least a decade after infusion, with sustained remission in both patients.

Results of the breakthrough immune therapy that uses a “living drug” have encouraged other researchers to treat cancer with cellular immunotherapy.

“To use the word ‘cure,’ you really need a long time to follow up to make sure people don’t relapse,” said Dr. David Maloney, the medical director of cellular immunotherapy at the Immunotherapy Integrated Research Center at the Fred Hutchinson Cancer Research Center in Seattle. “When we get these people out to 10 and 11 years post-treatment, that encourages us to be a little more forceful in saying that perhaps patients are cured in some cases.”

After seeing the results, the research team investigated why the CAR T-cell therapy was successful.

“The surprising thing is that the types of CAR T-cells that actually persisted seemed to be slightly different than what people were anticipating would be the ones that would result in a long-term population,” Dr. Maloney said.

An analysis found that the so-called “killer T-cells” that usually attack diseased cells were not the ones that lasted, but rather the “helper T-cells,” also known as CD4+. The helper T-cells do not neutralize infections but help stimulate other immune cells to fight infection.

Researchers were surprised that the killer T-cells were dominant in the initial phase of the therapy but over time, the CD4+ cells became highly activated and became the dominant cells in Ludwig and Olson.

“Through our single-cell analysis, we were surprised to find that CD4+ cells eventually made up nearly all CAR T-cells in both patients and that these cells continued to show cancer-killing characteristics a decade after treatment,” said Dr. Kai Tan, the study’s co-senior author. Dr. Tan is also a professor in the Department of Pediatrics and an investigator in the Center for Childhood Cancer Research at The Children’s Hospital of Philadelphia.

Because of the CAR T-cell therapy, Olson and Ludwig were able to live full lives. After the treatment, Olson, now 75 and a former scientist, took up distance running and completed six half marathons. He also spends time fundraising for the Leukemia and Lymphoma Society and helps newly diagnosed patients.

Ludwig, a retired corrections officer, traveled the country with his wife in a motor home and celebrated milestone events with his family, from holidays to the arrival of new grandchildren. Ludwig died in early 2021 from COVID-19 complications. He was 75 years old.

According to the study’s authors, CLL, the most common type of leukemia in adults, was the first cancer in which CAR T-cells were studied and used at Penn.

The success of the current CAR T-cell therapy has prompted the Penn researchers to start testing “next-generation T-cells” in more blood cancers, including lymphomas, and in solid tumor cancers,” Dr. June said.

“A considerable amount of deep learning goes into studies that will fine-tune the way cancer patients are treated with CAR T-cells, and we look forward to the next phase of research and enhancements, including how best to use this approach to target other cancers and diseases,” Dr. June said.