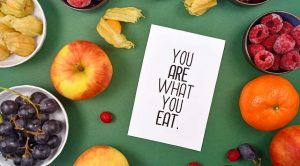 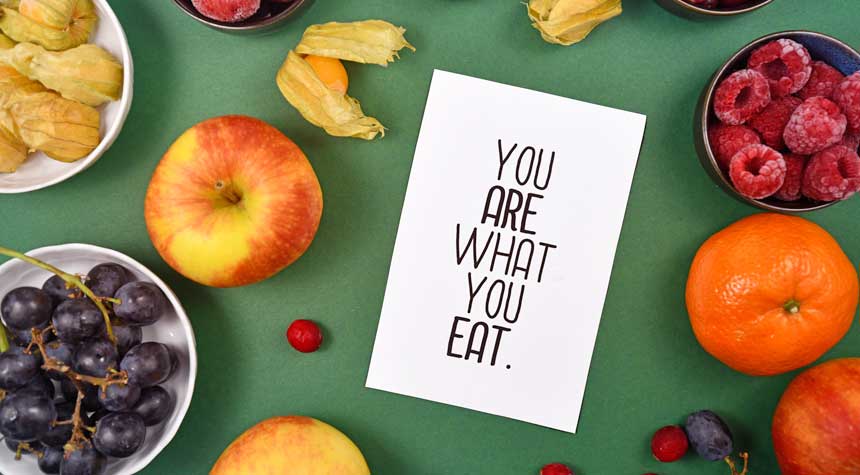 You Are What You Eat

Members of the San Francisco 49ers football team underwent an imaging test that measures body fat and muscle mass. Nick Bosa, the team’s defensive end, said the results from the dual-energy X-ray absorptiometry test showed his body fat percentage was the lowest on the team. The 24-year-old Bosa credits his low body fat and lean muscle, in part, to a diet heavy on lean protein and vegetables.

Bosa, who weighs 266 pounds, plays a position on the defensive line that usually has heavier players whose weight serves as an advantage against opposing teams. With a body fat of 3 percent, Bosa says that getting lean helped him make his second Pro Bowl and rack up 15.5 sacks last season.

Professional athletes are not the only ones who can benefit from healthy diets that result in low body fat and lean muscle. Study after study has shown physical activity, along with consuming foods such as vegetables, fruits, fish, and lean meats can do everything from lowering blood pressure, to preventing heart disease, and restoring energy.

DASH and Mediterranean Proven To Be Healthy Diets

If the saying, “you are what you eat” holds true, then people who adhere to the DASH and Mediterranean diets, and exercise regularly can say they are probably feeling pretty healthy.

The Dietary Approaches to Stop Hypertension (DASH) diet began in the early 1990s as a way to help people manage their high blood pressure. DASH emphasizes foods such as fruits, vegetables, beans, nuts, whole grains, and low-fat dairy that are rich in protein, fiber, potassium, magnesium, and calcium.

In contrast, DASH limits poultry, meat, and fish intake to no more than two servings a day. The diet also limits fatty meats, full-fat dairy products, and other foods that are high in saturated fats,

Studies have shown that by lowering the intake of sodium, DASH plays a role in significantly reducing hypertension. Because of the solid evidence backing the diet, DASH is now a part of national blood pressure and dietary guidelines.

The diet includes a wide variety of vegetables, fruits, grains, and healthy fats, such as nuts and seeds. There are also unsaturated fats such as olive oil. Potatoes and sweet potatoes are part of the diet as well as moderate amounts of dairy and fish, and very little white meat and red meat.

The main foods that are part of the healthiest diets also contain omega-3 fatty acids, which are essential to the human body. Studies have found that omega-3 fatty acids support heart and brain health and have been shown to lower depression and anxiety.

The human body, however, cannot produce fatty acids, which is why it’s important to eat foods rich in omega-3 fatty acids. The Food Network lists nine omega-3 rich foods that are also part of any healthy dietary plan:

Walnuts have more alpha-linolenic acid (ALA) than any other nuts. ALA, one of three types of omega-3 fatty acids, is found primarily in plant-based foods and helps lower blood pressure.

Cold-water fish, such as salmon, mackerel, rainbow trout, and sardines are the best sources of omega-3s.

The shellfish is not only high in omega-3 fatty acids but a good source of amino acids as well.

Flaxseed, a rich source of ALA, is best-eaten ground rather than whole because the body can better absorb the ALA.

The crunchy seeds are not only a good source of ALA, but also of fiber, protein, calcium, magnesium, and phosphorous.

Eggs are the go-to foods for omega-3 fatty acids, protein, vitamins, and nutrients like vitamins A and D.

Canola oil has vitamins E and K; and not only that, 1 tablespoon of canola oil provides 1,280 mg of plant-based omega-3s. In addition, canola oil can be used in high-heat cooking methods such as sautéeing or baking.

Those who cannot eat fish may want to consider getting fish oil supplements. The supplements are usually made from small fish, like sardines and krill, which help to keep the mercury content low.

Besides keeping you healthy, there are certain foods and drinks that will keep you running to the bathroom, regardless of your age. These are called “diuretics” because they are high in water content and help the body get rid of extra fluid and salt.

There are different types of diuretics and the most common comes in the form of “water pills.” However, certain fruits, vegetables, soups, smoothies, and other fluids are considered “natural’ diuretics” because of their high water content. Cucumbers and tomatoes, for example, are made up of about 95 percent water, while oranges contain about 86 percent water.

Other Foods Are Just as Healthy

Just because certain foods and beverages are not included in popular diets does not mean that they do not have health benefits. For instance, foods like fruit, seafood, nuts, and sunflower seeds are usually on most healthy foods lists and have benefits. For example, green tea, chicken soup, garlic, ginger, bell peppers, and seafood are considered good immune system boosters.

In addition, fatty fish helps to boost the immune system as well as help with inflammation. NBA star Kevin Love, 33, says eating fatty fish as his main source of protein is one of the reasons he has been having a good season.

The five-time All-Star who won an NBA championship with the Cavaliers in 2016, credits his anti-inflammatory diet, which also includes salmon, is helping him to avoid injury, and maintain energy as an aging player.