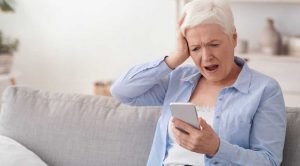 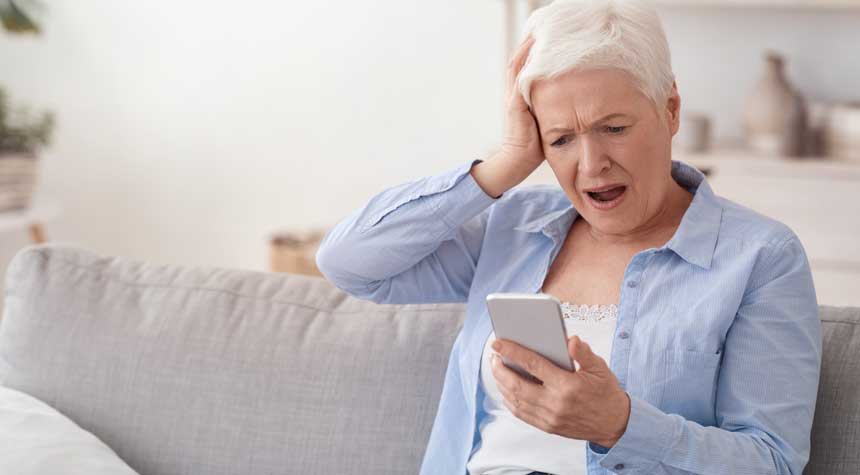 Federal, state, and local law enforcement officials are joining forces to take action against scammers targeting older adults. The crackdowns are paying off with nationwide arrests of fraudsters who have cheated seniors out of thousands of dollars.

In one case, six people were arrested and indicted in Atlanta, Georgia in December following a scam investigation conducted by federal authorities and 19 other law enforcement agencies across the country.

Scammers used robocalls to contact their victims and posed as representatives of government agencies that victims allegedly “owed money to” or used emails claiming to be from legitimate companies that wanted to refund money to the victims. The robocalls and emails provided callback numbers. When victims called those numbers, they were connected to the alleged scammers, some of whom were located in India.

“It is a particularly egregious type of fraud that is becoming an all-too-common occurrence,” Kurt R. Erskine, the U.S. Attorney for the Northern District of Georgia stated in a news release about the arrests. “It involves dishonest individuals around the world, including in the United States, scaring good people with lies and then cheating them out of their money.”

In both instances, scammers instructed victims to pay money in various ways, including;

• Withdrawing cash, packaging the cash in shipping boxes and delivering the package as instructed.
• Purchasing gift cards and providing scammers with the redemption code on the back of the card.
• Wiring money to a particular bank account.
• Withdrawing money for cashier’s checks made payable to a specific company.
• Depositing cash directly into a specific company’s bank account.

According to the U.S. Attorney’s office, the six defendants all allegedly created companies and then opened bank accounts in the company’s names. These companies, however, did little to no legitimate business and instead tried to receive and transfer the victims’ funds.

Scammers took advantage of older adults who went online while sheltering in place during the COVID-19 pandemic.

“During the pandemic, we’ve seen an increase based on older Americans being more vulnerable, more isolated from others,” said Brian McDonough, Assistant United States Attorney, Elder Justice Coordinator for the Northern District of Ohio.

Online fraud against people over 60 years old amounted to nearly one-third of all online crimes in 2020, according to a new report from the Federal Bureau of Investigation’s Internet Crime Complaint Center (IC3).
The IC3 received 105,301 complaints in 2020 from victims over 60 with total losses of more than $966 million, the report said.

Scams against older adults were increasing so much that the FBI partnered with the DOJ to create the Elder Justice Initiative in 2017 to combat elder abuse, neglect, financial fraud, and scams. The initiative not only prosecutes scammers but also educates older adults about scams.

Fraudsters are now accessing older adults’ bank accounts through Zelle, a person-to-person (P2P) platform that allows people to quickly send and receive money via mobile banking apps or online banking. What makes this tricky is that many legitimate banks and credit unions allow their customers to use Zelle.

The fraudster asks the victim for his or her online banking username to verify his or her identity and then asks the person to read back a passcode sent via text or email. What the scammer is really doing is obtaining the passcode sent from the financial institution to reset the victim’s online password and gain access to the victim’s account.

In October, the Consumer Financial Protection Bureau, an independent bureau within the Federal Reserve System, began conducting a probe into companies operating payment systems in the United States, focusing specifically on P2P platforms.

Turning the Tables on Scammers

Joining in the fight to protect older adults are “scam baiters,” people who pose as potential victims and pretend to fall for a fraudster’s schemes. The scam baiters prevent scammers from conning innocent people by wasting the scammer’s time. Scambaiters also gather information to turn over to authorities. Scambaiters do not use their real names or computers to remain untraceable when luring the scammers into their trap.

For the past four years, Jim Browning has been successfully getting the upper hand on scammers. Browning, a computer expert, developed a virtual PC program that can remotely control the scammer’s computer.

Browning downloads lists of victims, personal files, and other data from the scammer’s files. He then contacts victims and informs them that they have been scammed. Sometimes, Browning follows and interrupts a scammer in real-time trying to cheat someone.

Browning estimates that he has disrupted more than 1,000 scams, spending up to 12 hours a week on his mission.

“I’ll never know for sure exactly what the impact of what I’m doing is, but I think it’s still worth doing,” he said. “Even if the police do nothing, which they mostly do, I’m doing something.”

How To Avoid Scams

Scammers dupe seniors in a number of ways and experts say older adults can protect themselves by:

• Talking to other older adults about scams involving seniors.
• Being cautious of using payment options, like CashApp, Zelle, and Venmo, that offer little or no fraud protection.
• Using a credit card rather than a debit card when making purchases. Debit cards do not offer the same protection as credit cards in the event of fraud.

Albert Martinez, deputy chief of the Dallas Police Department, urges family members to get involved with their elderly loved ones by putting their names on bank accounts of their loved ones or getting power of attorney to safeguard the amount that can be withdrawn from the account, for example.

Scams against seniors have increased so much that the Dallas Police Department formed an Elder Fraud Squad focused on crimes against victims age 65 and older.

Since robocalls are a common way for scammers connect to older adults, Kathy Stokes, director of fraud prevention programs for AARP, advises seniors not to answer a call from an unrecognizable phone number.

“If you have a call coming in and you’re not absolutely sure that it’s your daughter or your doctor or your niece, let the machine pick it up,” Stokes said. “If there’s a message, you can listen to it with intent. Does this sound legit? Would the Social Security Administration really be calling me out of the blue?”

AARP offers a free resource called the AARP Fraud Watch Network that shows seniors how to spot and avoid scams: