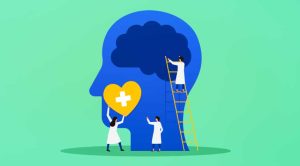 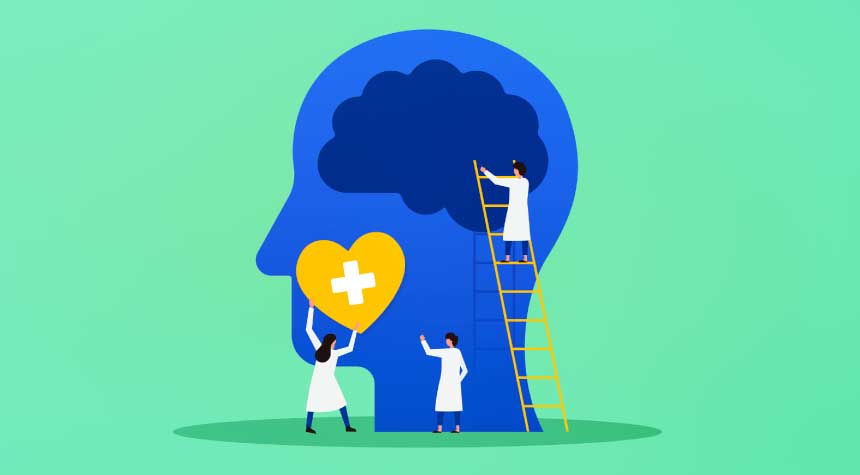 The normal aging process can cause cognitive abilities to decrease, but a new study shows that a certain part of the brain may help older adults compensate for the mental decline. The brain-centered study found people over 60 had better psychological health than younger people in their 20s.

But, the decline in thinking skills has scientists concerned about some seniors, particularly those with dementia, who manage their own money, including risky assets such as stocks and loans. One study calls for early financial planning and early screening for cognitive impairment to help seniors avoid financial disasters.

A research team at Neural Engineering and Translation Labs (NEATLabs) at the University of California, San Diego, pursued the brain-centered study to “better understand the interplay between cognition and mental health across aging, and whether they rely on activation of similar or different brain areas,” Jyoti Mishra, the study’s senior author, and NEATLabs director said in a news release.

The NEATLabs study involved 62 young adults in their 20s and 54 older adults who were 60 years old and over. The investigators evaluated the participants’ mental health by surveying symptoms of anxiety, depression, loneliness, and overall mental well-being. Participants were also asked to perform several mentally demanding tasks while the scientists measured brain activity using electroencephalography (EEG), a test that measures electrical activity in different parts of the brain.

As the older adults were performing tasks, the EEG recordings showed greater activity in anterior (front) portions of the brain’s “default mode network.” The default mode network involves parts of the brain that are more active when someone is doing passive tasks or daydreaming or when the mind is wandering. It is usually suppressed when the mind is focused on demanding goal-oriented tasks.

The investigators found that the default mode network seemed to interfere with thinking. However, several other brain areas appeared to improve it. For example, better task performance in young adults showed greater activity in the dorsolateral prefrontal cortex, the part of the brain associated with executive control functions, including working memory, switching tasks, and planning. Older adults with better cognitive performance showed increased activity in the inferior frontal cortex, the part of the brain that handles the ability to guide attention and ignore distractions.

The dorsolateral prefrontal cortex that young adults use degrades with age. So, the research team suggested that older adults may compensate during tasks by using the inferior frontal cortex.

The research team suggested that brain stimulation methods, like mindfulness meditations, may help strengthen frontal networks while suppressing the default mode network. Mindfulness is a type of meditation that focuses on how to be fully aware of your thoughts and feelings in the present moment without evaluating or judging them.

“These findings may provide new neurological markers to help monitor and mitigate cognitive [thinking] decline in aging while simultaneously preserving well-being,” said Mishra, who is also an associate professor of psychiatry at the university’s School of Medicine.

The findings, published Sept. 12 in Psychology and Aging, could also inspire efforts to improve mental health in young adults.

“We tend to think of people in their 20s as being at their peak cognitive performance, but it is also a very stressful time in their lives, so when it comes to mental well-being, there may be lessons to be learned from older adults and their brains,” Mishra said.

Although thousands of older adults face some level of memory impairment that impacts their ability to think clearly and make decisions, a high percentage of them still manage their own finances—including those with dementia, according to a study by researchers at the University of Washington (UW) In Seattle. The findings were published on Sept. 13 in JAMA Network.
“There has long been attention to the difficulty in making financial decisions faced by older adults with cognitive impairment,” Jing Li, the study’s lead author, said in a news release. But her team was surprised by the high percentage—75 percent or more—who appear to be managing their own finances nonetheless.

“Many of them report difficulty managing finances and live alone, yet own large amount of risky assets,” said Li, also an assistant professor in health economics at the UW.

The university investigators reviewed data from nearly 8,800 men and women aged 65 and older whose memory and thinking status could be established. The group, statistically, was representative of nearly 51 million American seniors. Just over half of that population, 55 percent, were women who were an average age of 74.

Overall, about eight in 10 adults had not yet experienced any cognitive impairment. But, almost six percent of participants had dementia, and about 14 percent had some level of reduced thinking capacity, called “cognitively impaired nondementia”(CIND). Most participants said they managed their own household finances, and more than 40 percent lived alone.

In addition, 57 percent of participants with dementia and 15 percent with CIND who managed their own finances called the process difficult, the study said. This is why advanced financial planning is important, according to Li.

“This includes both early screenings for cognitive impairment and early financial planning—designating a financial representative or surrogate decision-maker—to prepare for the event when one may lose cognitive capacity,” Li said.

Li noted that the situation might be more problematic for people who have some cognitive impairment but do not have dementia because they might not be aware of their challenges in managing finances.

For people with dementia, Li said more research is needed to find the “best interventions to address money management.” The interventions might include involving extended families, seeking financial counseling, and switching to simpler financial products, she said.