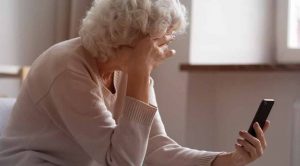 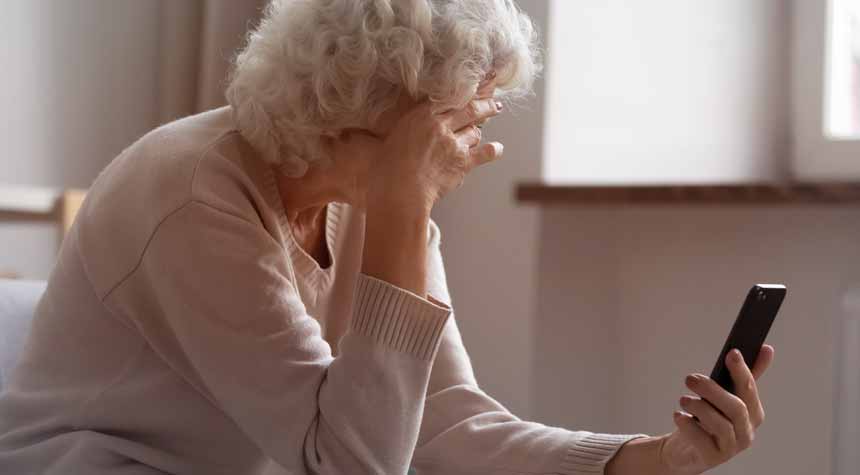 Gail Thompson, a senior who lives in Las Vegas, said she received a call from someone who told her his mother had died and he found Gail’s phone number in his mother’s phonebook. The man said his mother lived in the United States and he was living overseas. Gail said the man told her he wanted to ship his mother’s body overseas and wanted Gail to send him money.

After listening to his story, Gail said to herself, “Gail, that’s a scam.”

Gail is one of the thousands of seniors nationwide who are targeted by relentless scammers wanting to steal their money or personal information or both.

No one knows scammers better than William Webster, who handled elder fraud cases when he was director of the FBI. In one instance, Webster, now retired, said he and his wife, Lynda, were contacted by someone named “David” who told them that they had won a car and millions of dollars but needed to pay $50,000 before they could claim their winnings. Lynda told the scammer not to call back.

Fortunately, the Websters’ connection with the FBI and CIA helped them identify the scammer. But not all older adults have these connections or are as fortunate as Gail to recognize a scam. Because of this, seniors are falling prey to fraudsters.

The Most Common Scams Fraudsters Use to Target Seniors

Scammers use phone calls, emails, direct mail, text messages, and even social media to contact seniors. The following are some of the most common scams used to target seniors:

Charity Scams
Whether it’s a natural disaster or the COVID-19 pandemic, scammers claim to be from a charity and quickly ask for a senior’s bank account or credit card number to help alleged victims of a disaster or other crises.

Funeral Scams
Fraudsters take information from an older adult’s obituary, then contact the person’s survivors and claim the deceased left a debt that needs to be paid or needs to pay extra charges to a funeral home.

Government Imposter Scams
Scammers contact seniors claiming to be from the IRS or the FBI, or the Social Security Administration. The imposters’ claims vary, from telling seniors they owe taxes, to claiming their Social Security number has been compromised, or claiming seniors are eligible for a refund from Medicare. Whatever the claim, the fraudsters want Social Security or Medicare numbers or personal and financial information or cash.

Grandparent Scams
This is one of the most popular frauds perpetrated against older adults: A scammer calls claiming to be the grandchild of the person answering the phone. Speaking frantically, the caller will claim to be in some type of emergency situation and need money immediately. The caller will ask the person to send cash or gift cards, wire money, or transfer money to a mobile app to pay phony debts or for transportation home.

Internet Scams
Internet scams are many and varied: From phony tech support scams to placing malware on a computer to steal sensitive personal information. No matter the scheme, the scammer’s goal is to steal personal, bank account, or credit card information.

Investment Scams
In these financial schemes, someone posing as a financial advisor or wealth manager has a too-good-to-be-true opportunity to quickly invest in stocks, mutual funds, real estate, or commodities that promise big returns. In many cases, the investments are not real or stocks sold have no value.

Reverse Mortgage Scams
A reverse mortgage allows homeowners to access some of the equity in their homes. So, scammers may offer to appraise a home for a fee, give a false home value, and provide inaccurate loan documents to apply for a mortgage. Fraudsters convince seniors to let them handle the proceeds, then the scammers use the money for their own financial gain.

Romance Scams
Online dating sites are popular places for people to meet. However, scammers are also on these sites using fake names to strike up a relationship. After some time, the fraudster will ask for money or steal personal or financial information.

Scammers have gotten so creative in the way they perpetrate fraud and pursue their targets so aggressively, that the New York State Police (NYSP) issued a warning in June about a stark rise in the number of scams directed at adults 65 years old and older.

While the NYSPs Bureau of Criminal Investigation looks into these crimes, there are limitations to what they can do. “Most times, the suspects are out of the country, and because of the complexity of the cases, victims will not get the money they sent,” the NYSP said in its press release.

The NYSP, other law enforcement agencies, and elder care advocates offer tips to seniors to avoid becoming victims of scams:

Do not provide personal information or banking information to strangers and do not log in to your accounts while a scammer is on the phone.

Lynda Webster recommends younger people keep an eye on their parents or check in with an elderly neighbor to make sure no one is taking advantage of them.

“The only way we can solve it is by working together as a community,”
To report a scam, contact your local police office. To report online or international scams, contact the FBI Internet Crime Complaint Center at www.ic3.gov.