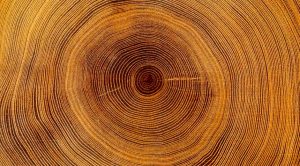 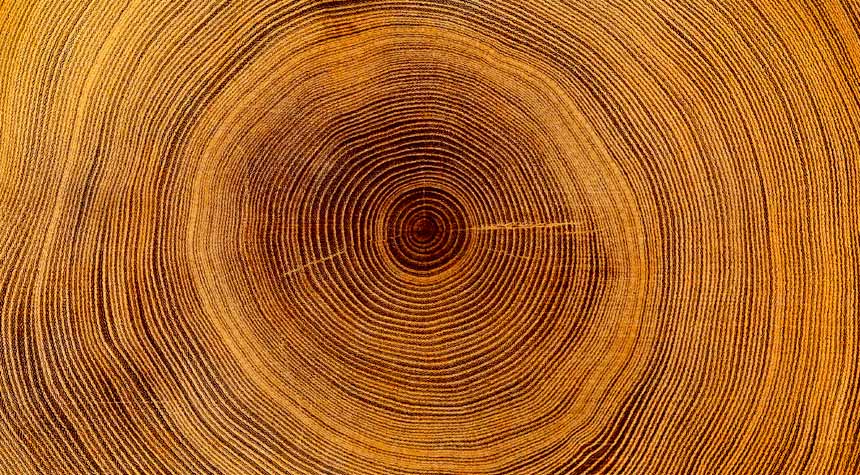 Indigenous oak trees in the forests of France have been used to build cathedrals since the Middle Ages. Now, centuries-old oak trees have been cut down for use in rebuilding Notre Dame Cathedral in Paris.

The roof of the Gothic cathedral caught fire on April 15, 2019, while the building was undergoing renovation and restoration. The world watched as flames and smoke rose from the iconic church and into the sky. Now, a massive rebuilding project is underway to restore the landmark structure that has dotted the Paris skyline for over eight centuries.

In March 2021, over 1,000 oaks, estimated to be between 150 and 200 years old, were selected from more than 200 private and public forests in France to rebuild the cathedral’s spire and the beamed roof that supports the church’s vaulted stone ceiling, the Associated Press reported. Some of the trees were at least 65 feet tall. The timber supports that propped up the roof will require about another 1,500 oak trees.

One of the trees cut from the Forest of Villefermoy, located about 50 miles southeast of Notre Dame, was 200 years old and 3 feet in diameter. A 230-year-old Sessile oak tree was one of eight trees from the Forest of Bercé, located in France’s Loire region. These oaks were planted during the reign of Louis XIV (1643–1715) who wanted to expand his navy and needed wood for his ships’ masts, according to the Smithsonian magazine.

Besides being aged oaks, the tree had to measure more than 3 feet wide and 60 feet long. What’s more, the trees had to be cut down at the end of March before the sap started to rise and cause the wood to retain too much moisture.

The challenge wasn’t over after cutting down the massive trees. Foresters had to find a way to transport the trees to sawmills. One log was 85 feet long, longer than the average truck. It took two cranes, a specially-adapted trailer, and an escort to guide it to its destination.

“It’s not something we do in everyday forestry management,” said Anthony Jeanneau, a technician with France’s National Forestry Office who helped in the operation.
Although the trees have been cut down, the oaks cannot be used immediately. The timber needs to be dried for up to 18 months before it can be cut into shape to make beams for the cathedral.

In the meantime, workers have focused on stabilizing the cathedral and removing tons of scaffolding that had fused due to the fire. The scaffolding was around the spire that was undergoing renovation at the time of the fire.

While rebuilding the ancient cathedral has received global support, the restoration project has not been without contention. For one, conservationists have criticized the French government for cutting down ancient oak trees to use in repairing Notre Dame’s roof. At one point, a petition that garnered more than 40,000 signatures called the chopping down of the centuries-old trees “ecocide” and recommended using other materials for the rebuilding project.

In response, forestry officials from Villefermoy told the French outlet, Le Parisien, that they had decided to cut down the trees any way “to promote other trees around and regenerate the forest. We cut the big for the benefit of the small.”

In addition, French President Emmanuel Macron held a news conference while Notre Dame was still burning and pledged to rebuild the centuries-old iconic cathedral. The president later suggested replacing the destroyed spire with “a contemporary architectural gesture” that would make Notre Dame “more beautiful than before.”

Macron’s comments were met with resistance and touched off a heated debate among those who wanted to see Notre Dame restored to the way the cathedral looked before the fire. Macron later backtracked on his suggestion of making the cathedral more contemporary and announced that Notre Dame should be restored “in the most consistent manner possible to its last complete, coherent, and known state.”

The initial construction began on the church in 1163 during the reign of King Louis VII. Historical records say carpenters first built the cathedral’s wooden frame on the ground which helped to get the right dimensions and structure. The frame primarily consisted of oak trees cut down between 1160 and 1170, forming one of the oldest parts of the structure. The workers then took the frame apart and hoisted it up with lifting gear to the ceiling where it was put back together.

The cathedral’s original spire was built in the 13th century and later became so damaged that it had to be removed in the late 18th century. A second spire, added in 1859 by the architect Eugène Viollet-le-Duc,
consisted of oak wood covered with lead. During the April 2019 fire, the 750-ton spire and the roof collapsed into the church. The cathedral’s stone vaulted ceiling largely contained the burning roof as it collapsed and prevented extensive damage to the interior of the cathedral.

In 2019, Macron set a five-year timeline for the project so that Notre Dame would be restored in time for the 2024 Olympics which Paris is hosting. But many disagreed with Macron’s timeline, including Monsignor Patrick Chauvet, the rector of the Notre Dame cathedral. Chauvet told the Associated Press that the building could be under construction for another 15 to 20 years.

However, General Jean-Louis Georgelin, president of the organization responsible for the restoration, told a CNN affiliate that the cathedral is on track to reopen in 2024.

“We’ll be able to firmly go ahead with the phase of restoring and rebuilding the parts destroyed by the fire so that it’s ready to reopen for services and public visits in 2024,” Georgelin said.