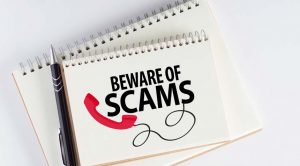 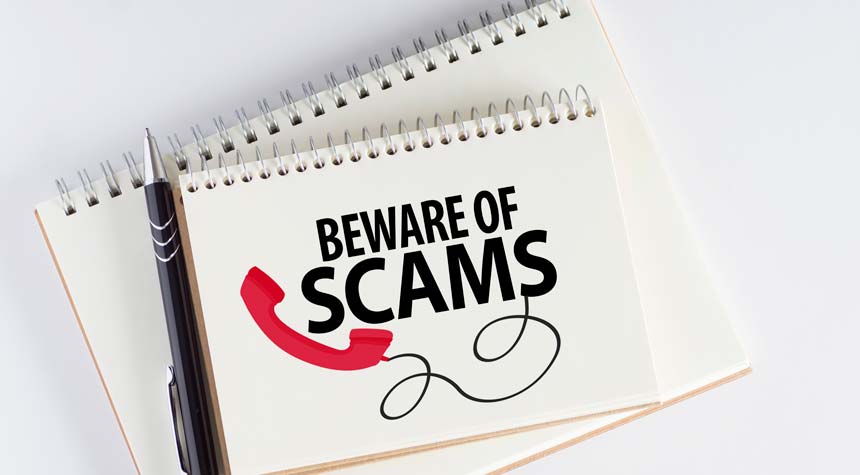 Scam Alert/Fraud Alert – Scammers Pretending to Be With the DOJ

There are a number of scams and frauds perpetrated against older adults, but one scheme that frightens seniors the most is when a scammer purports to be from the U.S. Department of Justice (DOJ).

DOJ offices around the country have been warning older adults about scammers who call and identify themselves as DOJ investigators and employees and ask for personal information. If no one answers the phone, the scammer will leave a voicemail with a return phone number.

People who return the call are directed to a recorded menu that matches the recorded menu for the (real) DOJ’s main phone number. The caller reaches a so-called “operator” who directs the person to a scammer claiming to be an investigator. The fake DOJ investigator asks for the caller’s personal information.

While any senior may be vulnerable to this scam, older adults who are not proficient in English are more likely to believe that the caller is from a government office, according to Mary Archana Fernandez, director of Family Support Services at the South Asian Council for Social Services (SACSS) in Flushing, New York. For instance, when seniors with limited English skills hear, “Department of Justice,” they will think, “Oh, my God! Am I in trouble?” Fernandez said.

On the other hand, Fernandez said there may be problems when legitimate government offices call seniors, such as New York’s City’s “Test & Trace Corps,” which notifies people of their potential exposure to the coronavirus disease 2019 (COVID-19). Seniors may be reluctant to take the call or provide the personal information COVID-19 tracers need to verify a potentially infected person’s identity. In this case, Fernandez said, the SACSS tells seniors to provide personal information because it involves COVID-19.

Meanwhile, the DOJ wants seniors to know that “real” DOJ employees and investigators will not call them and ask for personal information. Stephen J. Cox, the U.S. Attorney for the Eastern District of Texas, advises seniors to “never share personal or financial information in response to unsolicited phone calls.”

Financial scams that target seniors have become so widespread that the schemes are now considered “the crime of the 21st century,” according to the National Council on Aging (NCOA). Why seniors? Because they are the population thought to have a great deal of money sitting in bank accounts.

Financial scams can devastate a person of any age, but especially seniors who are put in a vulnerable position when they are scammed and have little time to recover their losses, the NCOA said. Besides that, scammers know that older adults are reluctant to report fraud since it is considered a “low-risk crime,” according to the NCOA.

When it comes to fraud, scammers do not discriminate based on a senior’s economic status. According to the NCOA, low-income and wealthy seniors are both targets of scammers. What’s worse, the scammers are not always strangers. The NCOA notes that over 90 percent of reported elder abuse, which includes financial exploitation, is committed by the senior’s older adult children, grandchildren, and other family members.

According to the FBI, seniors lose $3 billion a year to scams. And, the federal agency expects the crimes to grow along with the predicted rise in the senior population over the next few years.

From DOJ to Social Security Scams

Around the same time, DOJ officials were warning seniors about scams involving their department, local police departments were sounding the alarm over Social Security scams in their areas. For example, after getting numerous calls from seniors in Hudson, New York, the city’s police department warned the public about scammers pretending to be from Social Security and threatening seniors with arrest if they did not cooperate with the scammer.

Hudson Police Chief L. Edward Moore released a transcript of a recorded message that seniors had received from scammers:

“We have been trying to reach you. This call is from the Department of Social Security Administration. The reason you have received this phone call is to inform you that there is a legal action filed on your Social Security number for criminal activities under Section 18 of subsection 1028. So before this matter goes to the federal courthouse or before you get arrested please call immediately on our department number 469-676-5459. I repeat it’s 469-676-5459 thank you.”

Moore said that Social Security contacts recipients by mail if there is a problem with a Social Security account. A Social Security representative will only call someone by phone if the person asked for the call or has ongoing business with the individual.

At SACSS, one of Fernandez’s older adult clients received a call from someone claiming to be from Social Security. The older adult thought the caller was from SACSS and gave the caller his Social Security number. He later asked Fernandez if she had called him. She did not. Unfortunately, he had been scammed and had to change his bank accounts and other important information.

Fernandez said this happens to a lot of seniors helped by SACSS, which provides services to older adults, including helping them obtain Medicare and other benefits. One client, she said was conned into giving someone her debit card number. Her bank account was emptied of $600, the money she was saving to pay her rent.

Seniors who receive calls from scammers claiming to be from the DOJ are asked to report these scams to the FTC via its website or by calling 877-FTC-HELP (877-382-4357). Fraud can also be reported to the FBI for law enforcement action at https://www.justice.gov/criminal-fraud/report-fraud.

Anyone can report fraud against seniors 60 years old and older via the DOJ’s National Elder Fraud Hotline at 833-FRAUD-11 (833–372–8311). According to the DOJ, reporting certain financial losses from fraud as soon as possible, and within the first two to three days, can increase the likelihood of recovering losses. For more information, please visit https://stopelderfraud.ovc.ojp.gov/.