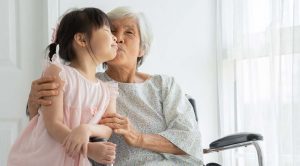 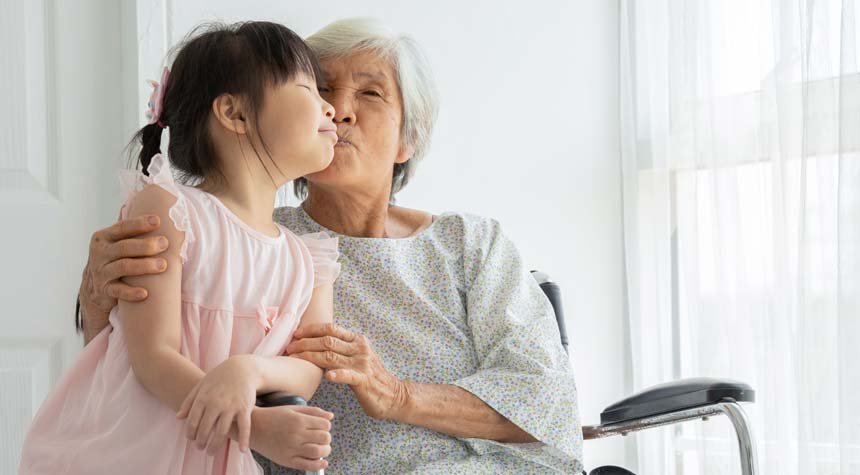 Joel and Esther Johnson were relaxing in their Sunrise, Fla., home when they heard a knock on their door around 10:30 p.m. They were hesitant to answer the door since they were not expecting company. Joel said he heard someone say, “hello.”

Joel and Esther later took their dog outside. It was then that they saw a woman crawling on the ground. Esther noticed that the woman, who was not wearing shoes, kept falling every time she tried to get up. Joel helped her up and walked her to their front door.

While Joel asked the woman how he could help her get home, Esther called 911 to report what had happened. The couple found out that the woman was 94-year-old Sixta Andinom, who lived a few doors down.

Sixta’s son had reported her missing at 10:30 that morning. Sixta has Alzheimer’s disease and her two sons take turns caring for her. One son was at work when she went missing and her other son was out of town.

The Johnsons were glad that they could help their neighbor get back home safely. Helping people is second nature, Joel said, because when you see someone in need, you want to help. Esther said that if she ever gets to that point, she would hope that someone would show her the same kindness.

Sixta left her home again, but this time she went next door and asked for help. The neighbor called the police and Sixta’s son arrived while police were questioning her. The officers determined she was being cared for and had food. Because of her age, however, the police said that they would contact the Florida Department of Children and Families.

Police chief Joseph Partidas was carrying out his duties in Isabela, a town in the province of Negros Occidental, Philippines, when he noticed an elderly man living in a run-down shack.

Partidas felt compassion for Raymundo Renilla, and wanted to do something to help the 71-year-old man. After giving it considerable thought, the police chief came up with an idea that involved his favorite activity—painting.

Partidas painted a picture of the Unknown Ruins of Isabela on canvas and raffled it off. The 4,000 Philippine pesos ($82.15 USD) raised in the raffle was used to buy Renilla’s home.

With the Renilla project a success, Partidas decided to keep up the momentum by producing more paintings to help more people, like 72-year-old Eddie Canatoy. Partidas said he was concerned about Canatoy who suffered a stroke and lived alone. Canatoy’s neighbor cares for him and brings him food on a regular basis.

Once again, the Isabela police stepped in to help. The officers built a house for Canatoy in just three days.

Lewis Hornby, who lives in London, England, cared for his grandmother, Pat, before she died. Pat suffered from dementia and struggled with dehydration, a common problem among the elderly, and people with dementia who may forget to drink water.

Hornby moved into his grandmother’s care home for a month to learn more about her problem with dehydration. While there, he came up with a way that seniors could boost their water intake and later worked with experts to test his idea. Hornby created Jelly Drops, a sugar-free treat consisting of 95 percent water and electrolytes.

After 18 months of testing and with a £100k ($129,277 USD) investment from the Alzheimer’s Society, Hornby officially launched the product in September. The 24 treats in each tray of Jelly Drops equal to about 300 ml of water. The drops come in strawberry, raspberry, black currant, orange, lemon, and lime flavors.

Since the launch, Hornby said there is a waiting list of 50,000, including care homes and families of people with dementia. In exchange for the Alzheimer’s Society’s investment, Hornby said Jelly Drops will donate 1 percent of its profit to fund further Alzheimer’s research.

At 8-years-old, Hunter Burton is ready to take on a big challenge—the 50 Yard Challenge, that is. The young Kennewick, Wash., resident plans to cut 50 lawns for the elderly, disabled, single parents, veterans, and anyone in need of help—all for free.

The 50 Yard Challenge, created by Raising Men’s Lawn Care Service, encourages boys, girls, and teens from 7-17 years old to mow for free 50 lawns for people who cannot cut their own yards. Raking leaves and shoveling snow count in the fall and winter. Those starting the challenge will get a T-shirt, safety glasses, and ear protection. For every 10 lawns cut, the youngsters receive a different colored T-shirt.

Hunter said it feels right to help people and do the hard work that other people cannot do. Besides helping others, Hunter said he wants to inspire other kids in his community to make a difference.

After cutting 50 lawns, those taking the challenge will get a personal visit from a Raising Men’s Lawn Care Service representative who will gift them with a T-shirt, a new lawnmower, weed eater, and blower. Most importantly, the representative will cut lawns with them.

As of Oct. 12, Hunter had cut seven lawns and was in search of more people to help. A Facebook page has been set up for Hunter’s supporters to follow his lawn-cutting journey.