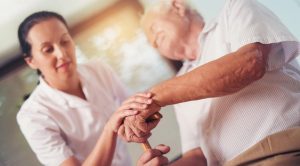 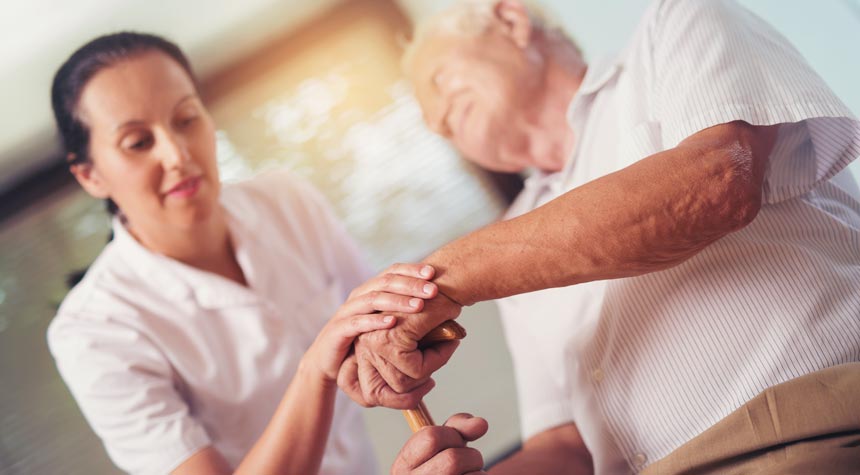 Regular physical activity and eating the right foods can make a positive impact on people living with Parkinson’s disease, recent studies have found.

Parkinson’s disease is a progressive disorder of the central nervous system that affects a person’s movements and mental function. As the disease causes the brain to change, people may begin to have difficulty paying attention and making sound judgments. In some cases, cognitive disorders can cause memory loss and dementia.

Parkinson’s disease has five stages, Symptoms, such as a tremor in one hand or a change in posture or gait, are usually mild in the first stage.
Symptoms become moderate and more noticeable in the second stage. For instance, people may experience muscle stiffness, speech difficulties, as well as have trouble with walking, balancing, and coordination.

By the third stage, people might have a harder time keeping their balance and have more difficulty with movement. However, they still remain independent, even though daily tasks might be more difficult to perform. It is in these three stages that physical activity and dieting can play a positive role in slowing down symptoms of the disease.

Exercise Fends Off Cognitive Decline in Some Parkinson’s Patients

Researchers at Hallym University, in South Korea, focused on Parkinson’s disease patients who have a variant of an inherited gene called, Apolipoprotein E (APOE). The APOE gene provides instructions for making Apolipoprotein E4 (APOE4), a protein involved in metabolizing fats in the body and is believed to increase the risk for Alzheimer’s disease.

While APOE4 is called a “risk-factor” gene, inheriting the protein does not mean that a person will definitely develop Alzheimer’s disease, according to the National Institute on Aging.

The Hallym University investigators focused on exercise because physical activity is known to improve the quality of life of in people with early Parkinson’s disease who have the APOE4 gene variant.

Researchers used data from an ongoing observational study, called “Parkinson’s Progression Markers Initiative (PPMI) to find biomarkers of Parkinson’s disease progression. At the beginning of the second year of the PPMI study, then in the third and fourth years, participants were asked to report their physical activity, such as walking, biking, yard work, household activities, and work activities for pay or as a volunteer.

The study involved 173 patients with early Parkinson’s patients who were on average 63 years old and 59 years old when they developed the disease. Of the total number of patients, 27 percent carried the APOE4 variant.

“Problems with thinking skills and memory can have a negative impact on people’s quality of life and ability to function, so it’s exciting that increasing physical activity could have the potential to delay or prevent cognitive decline,” Dr. Jin-Sun Jun, the study’s author said in a press release. The study was published online on March 31, 2021, in the journal, Neurology.

Foods May Have An Affect On Parkinson’s Symptoms

It appears that some foods may reduce symptoms of Parkinson’s disease. Fish oil, for example, is rich in omega-3 fatty acids. And, omega-3 fish oil is known to benefit the brain by slowing down the rate of cognitive decline and protect against Alzheimer’s disease.

Some of the foods that contain omega-3 fatty acids include:

Besides fish oil, other foods that are beneficial for people with Parkinson’s disease, include:

Some of the foods that are rich in iron include red meat, beans, and nuts. Meat, shellfish, bread, and cereal products are good sources of zinc.

Good sources of vitamin B1 include:

Some good sources of vitamin C:

Foods that are high in vitamin D, include:

Antioxidants are known to fight free radicals in the body that can damage cells and tissue and cause health problems, including cancer, and cardiovascular disease.
Fruits, such as strawberries, raspberries, cherries, and blueberries are good sources of antioxidants.

Just as there are beneficial foods, there are some foods people with Parkinson’s disease are advised to avoid, such as:

Some studies suggest that the Western diet, with its high calories, refined sugar, and excessive salt, increases the risk of Parkinson’s disease.

Life Expectancy of People With Parkinson’s

While studies have shown that diet and physical activity can positively affect people with Parkinson’s, symptoms may worsen in stages four and five of the disease. For instance, some people may have an increased risk of falling, while others may be unable to stand or walk and may eventually need a wheelchair.

Still, many people with Parkinson’s disease have a normal or near-normal life expectancy. Some researchers and medical professionals say that today’s advanced treatment and medications help people to manage their symptoms and improve their quality of life.