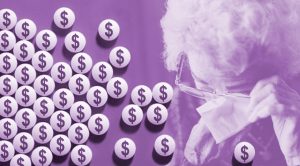 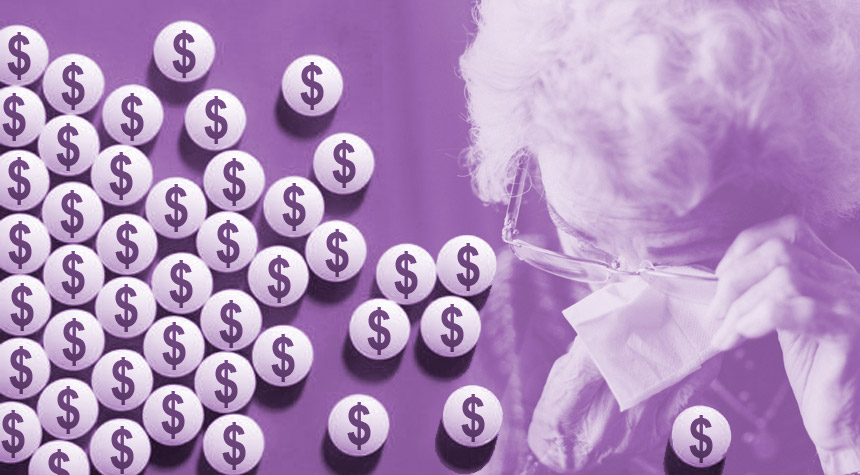 Millions of seniors struggling to pay for pricey prescription drugs could find themselves paying even more next year.

According to a new analysis from AARP, prices for prescription drugs commonly used by elderly Americans increased faster than inflation for the 12th year in a row. The analysis looked at more than 750 medications – name brand, generics, and specialty – and found that prices rose by an average of 4.2% in 2017. That’s twice the rate of inflation for the year!

“If you take a look at what people are bringing in a year with social security on average, that’s almost 20% higher,” Leigh Purvis, director of health services research at AARP’s Public Policy Institute, told CNN. “It’s also approaching the median income for Medicare beneficiaries. That means these drugs are not affordable if they exceed a person’s average year income.”

A second analysis – this one conducted by the Kaiser Family Foundation – concluded that millions of seniors will soon be paying even more for their prescriptions, thanks to impending changes to Medicare Part D.

Medicare Part D provides prescription drug coverage for 44 million elderly and disabled people enrolled in the federal health insurance program. For 2020, the program will pay 75% of prescription drug costs once enrollees meet a $465 deductible. That level of coverage continues until a participant’s drug costs reach a “catastrophic” level, at which point, more generous benefits kick in.

But next year, Medicare Part D’s catastrophic threshold is slated to rise by $1,245.00, thanks to an expiring part of the Affordable Care Act (Obamacare) that placed a temporary hold on the increases. According to the Kaiser Family Foundation, the change means Medicare Part D enrollees can expect to pay an average of $400 more for their prescription drugs in 2020.

What are Politicians Doing to Protect Seniors?

High prescription drug prices are sure to be on the minds of voters when they head to the polls in 2020. Sensing discontent, politicians have floated several legislative proposals to cap out-of-pocket expenses for Medicare Part D Recipients.

In the United States House of Representatives, for example, Democratic House Speaker Nancy Pelosi is pushing a bill that would limit seniors’ out-of-pocket costs to $2,000 annually. That proposal got a boost last week when the Congressional Budget Office reported the plan would save Medicare $345 billion over 10 years.

The largest savings would come from a provision allowing Medicare to negotiate prices on up to 250 of the most expensive prescription drugs in a given year and pass those savings onto private health plans across the United States. The proposal would also allow Medicare to levy a substantial financial penalty against any pharmaceutical company that refuses to negotiate or agree to a discount.

Pelosi’s prescription drug plan could come up for a vote by the end of the month. Of course, there’s no guarantee that the Republican-controlled Senate will ever vote on the plan, let alone pass it, or that President Trump would sign it.

In fact, a rival plan sponsored by Senate Finance Committee Chairman Chuck Grassley, R-Iowa, and backed by the President would cap the out-of-pocket maximum for Medicare beneficiaries at $3,100 and penalize drug companies if their prices rise faster than inflation.

Grassley and other proponents of the Senate bill claim it would save taxpayers more than $100 billion.

Some states aren’t waiting on Washington, D.C. to fix the prescription drug problem. More than 20 states have taken action this year to curb prescription drug costs in response to AARP’s Stop RX Greed Campaign. These measures have included:

Meanwhile, the Illinois governor recently signed a bill making it easier for doctors to receive neutral information about the drugs they prescribe for their patients.

“This is a necessary means of combatting the influence of the pharmaceutical industry and shifting the focus from drug companies to medical patients desperate for treatments that are best suited for their problems,” AARP Illinois State Director Bob Gallo wrote in support of the legislation. “Older adults and their families should not be forced to pay for overpriced prescription drugs at a time when they are relying on health care providers to help them feel better.”