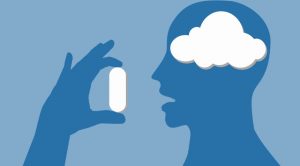 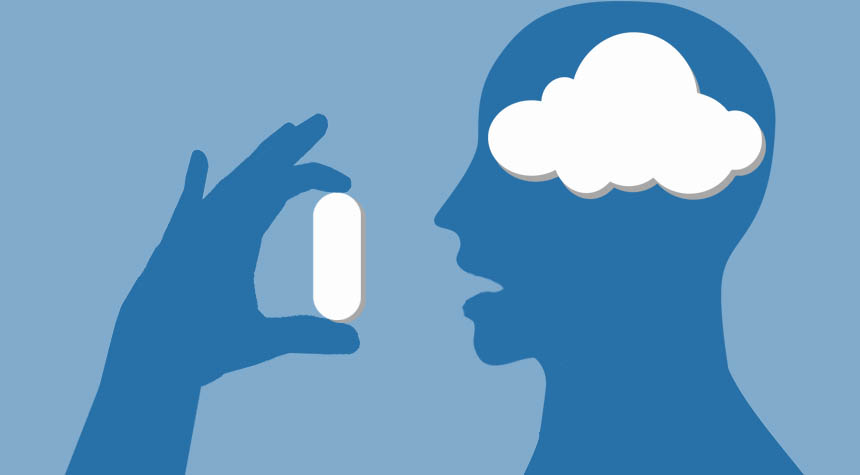 It’s common to hear older adults playfully say, “I’m having a senior moment,” when they forget something. However, when the “senior moments” start increasing, older adults begin to worry about whether they are developing dementia or Alzheimer’s.

Forgetfulness is a natural part of aging but this does not mean that an older adult has dementia or Alzheimer’s, a group of conditions that impair thinking, memory, reasoning and other cognitive functions.

Seniors may have cause for concern, however, if they are taking anticholinergic medications that block activities of the neurotransmitter, acetylcholine. Neurotransmitters are chemicals that send messages from one cell to another.

Antidepressants, antihistamines, antipsychotic and other anticholinergic medications can affect an older adult’s cognitive abilities and make it appear as if a senior has dementia.

Is it the Drugs or Dementia?

Acetylcholine, located in the body’s central nervous system and peripheral nervous system, regulates muscle activity by sending messages from the brain to the muscles. The chemical also plays an important role in concentration, memory, learning, reasoning, and other mental activities.

Certain drugs can interfere with or block the function of acetylcholine and cause problems with a person’s memory and muscle activity. Studies have found that the use of anticholinergic drugs raises the risk of a person developing dementia or Alzheimer’s.

For example, the anticholinergic drug, trihexyphenidyl, is used to treat Parkinson’s disease, a neurological disorder that affects the central nervous system and causes tremors and other problems with movement. Trihexyphenidyl, a generic medication, helps to control tremors. Use of the drug places people with Parkinson’s at risk for developing cognitive problems, including dementia.

Other commonly prescribed and over-the-counter drugs containing acetylcholine blockers include:

So, older adults having trouble with their memory may believe they are developing dementia when in fact, their problems stem from the use of anticholinergic medications.

In recent years, researchers have been examining the link between different types of anticholinergic drugs and the risk of dementia.

A report published in 2019 in JAMA (Journal of the American Medical Association) Internal Medicine suggested that physicians use caution when prescribing medications with anticholinergic properties, especially to middle-aged and older adults.

Researchers based this recommendation on a study conducted from January 1, 2004, to January 31, 2016, involving over 284,200 people in Britain who were 55 years old and older. Of the total number of people studied, 58,769 had been diagnosed with dementia.

In addition, the total study population had taken at least one of 56 medications with anticholinergic properties. Researchers discovered that people who used a single strong anticholinergic for three years had a nearly 50 percent increased risk of dementia.

A similar study was published in 2018 in The BMJ (The British Medical Journal) involving people who were diagnosed with dementia and people who did not have dementia. Researchers found an increased risk of dementia linked to antidepressants, urological and antiparkinson drugs, all of which have anticholinergic properties.

Finally, a study published in JAMA Internal Medicine in 2015 came to similar conclusions. The research involved 3,434 participants aged 65 and older who took daily doses of an antidepressant or antihistamine or medication to treat an overactive bladder.

Researchers followed up the participants every two years. Over a follow-up period of a little more than seven years, over 790 people, or 23 percent of the study population, had developed dementia. Of that number, 637 had developed Alzheimer’s, the most common cause of dementia.

Reducing the Threat of Dementia

Dementia has different forms and all can diminish an older adult’s quality of life. The disease progresses to the point where seniors can no longer care for themselves.

Should this occur, older adults will need help with bathing and grooming themselves, preparing meals, doing household chores, grocery shopping, and other daily activities. In essence, without caregivers, older adults may lose their independence.

Family members may initially offer caregiving but may get burned out from the additional duties over the long term. As an alternative, family members can hire a licensed home care agency that provides professional caregivers to care for and ensure the safety of their elderly loved one.

Meanwhile, older adults with worries over dementia should speak with their doctors since their dementia-like symptoms could be the result of taking anticholinergic drugs, rather than the disease itself.

As for physicians, researchers recommend that doctors take into account the side effects of anticholinergic drugs and prescribe alternative medications. In this way, doctors can help their patients by putting their minds at ease with new medication and avoid putting them at risk for dementia.