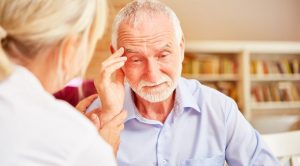 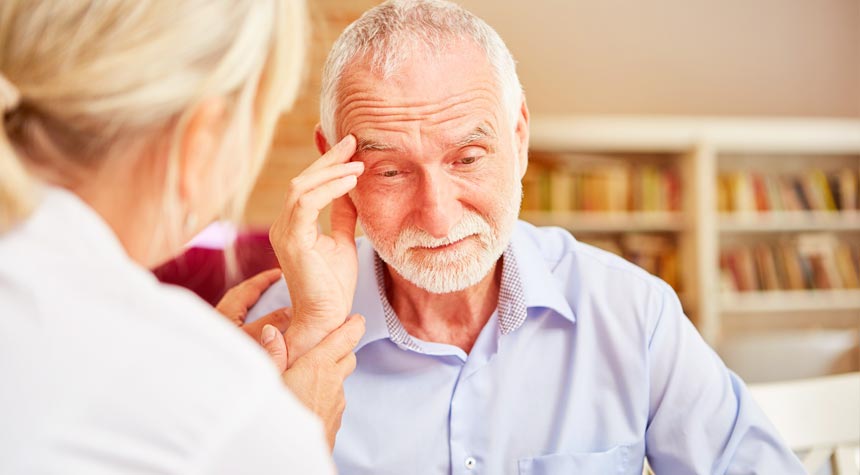 Caring For Someone With Alzheimers (ALZ)

Jim and Laneeda Lucero had what many would consider the perfect life. They were college sweethearts and married while still in school. Lucero was an advertising executive and his wife, Laneeda, was a stay-at-home mom to four children. Lucero described his wife as “busy,” “bubbly,” and “beautiful.” She was highly involved with their children’s school and in church, she volunteered and had many friends.

In 2008, Lucero noticed a change in Laneeda. For one, she got lost while driving roads she had driven for years. She started forgetting meetings and appointments when she used to be strict about following schedules. Her short-term memory worsened over time. Sadly, in January 2010, Laneeda’s neurologist diagnosed her with Alzheimer’s disease. Laneeda was only 47 years old.

Alzheimer’s disease is generally thought of as a condition that develops when a person becomes elderly. But, early-onset (also known as younger-onset) Alzheimer’s can occur in people under age 65. Many people in their 40s and 50s who develop the brain disorder are raising families, have jobs, or are even caring for a loved one when the disease strikes them, according to the Alzheimer’s Association.

The couple did not know much about Alzheimer’s disease at the time. So, Lucero said he began to learn as much as he could about the brain disorder. What he skimmed over, initially, was the part about caregivers.

“I was surprised how many articles there also were about caregivers and their plight, which I didn’t give much attention to, at least in the beginning, while Laneeda was still functioning fairly well,” Lucero wrote in an article about his caregiving journey of nearly two decades.

As Laneeda’s physical and mental health deteriorated, the plight of caregivers that Lucero once read about in articles would soon become a first-hand experience for him.

As the person with Alzheimer’s disease experiences memory decline, the spouse or partner begins to take on the role of caregiver. No longer can the person with Alzheimer’s do certain household chores, handle financial matters, or go grocery shopping, for instance. Unfortunately, this leaves the spouse-or-partner-turned caregivers having to do more work and make important decisions on their own.

What’s more, the spouses or partners also find themselves helping the person with Alzheimer’s manage personal care, such as bathing, showering, dressing, grooming, as well as other daily living activities. This is what Lucero did with Laneeda.

Like other caregivers, Lucero said he became Laneeda’s “hands and legs and mind.” He bathed and dressed her. He brushed her teeth and hair. He changed her diapers and shaved her legs. He prepared meals and fed her. He also took her to doctor visits and administered her medication.

After some time, it became overwhelming; yet, Lucero, like many other caregivers, did not ask for help because he did not want to be a burden. Fortunately, family and friends stepped in to help.

Caregiving experts say in some cases, caregivers may feel socially isolated because family and friends might pull back because they may worry about not knowing what to do or say to the person with Alzheimer’s disease. In addition to that, they may not understand the behavioral changes or accept that the person has the disease at all.

The Alzheimer’s Association urges caregivers not to shrink back and isolate themselves from others, but take these few steps instead:

Lucero adds that people can simply offer to do something because if you ask caregivers what you could do for them, they will usually say something like, “I’m OK, but thanks for asking.” They say this because they do not want to burden others with their problems.

And, “if anyone is an expert on burdens, it’s a caregiver,” Lucero said. So, don’t ask what you can do, Lucero advises, “find a way to lighten the load and suggest something. Every little bit helps, and it will be appreciated.”

Given the spouse’s or partner’s cognitive decline, couples may no longer be able to have the same emotional or physical intimacy that they once shared, according to the Alzheimer’s Association.

Despite the challenges faced by families every day, experts say the person with Alzheimer’s needs to feel that someone loves and cares about them and will keep them safe.

According to Lucero, Alzheimer’s, with all its “pain and cruelty,” cannot “rival our innate, human capacity to love. This is what fuels his desire to survive and endure the challenge of caregiving.

Lucero, now 60, said he gave up his career as an advertising executive to become a full-time caregiver because of his love for Laneeda. At this stage in his life, Lucero said he feels he is capable of an even greater love for Laneeda.

“Alzheimer’s has given me the opportunity to love and serve my wife in ways that were unimaginable 39 years ago when she said, ‘I do.’ And that is something I wouldn’t change for the world.”