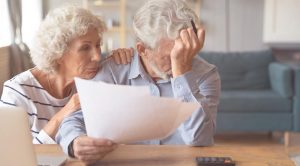 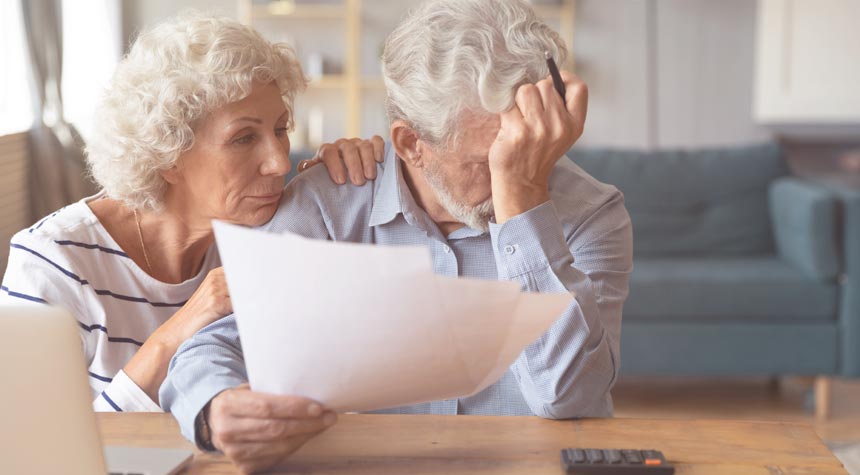 Curtis Berndt, a mechanical engineer, had worked for more than four decades in a variety of jobs in his field. In early 2020, the Indiana resident marked his 10th year working as a senior mechanical designer.

Berndt said everything was going well until three days after he turned 65. Suddenly, there was a “huge financial issue” and the company decided “they were going to have to get rid of people.” Berndt was among the employees who were laid off.

Although he can’t prove it, Berndt said he believes his age was the reason for his lay off, even though the company “assured me that my age had nothing to do with it.”

Since then, Berndt said he has applied for about 50 full-time jobs, but only received a few interviews. And, when it’s time for the face-to-face interview, “then it’s dead,” he said.

Berndt is among the thousands of Baby Boomers in their 60s who experienced a sudden job loss. Baby Boomers, the generation born between 1946 and 1964, believe that they are experiencing systemic age discrimination. And, things have gotten worse for them because of the coronavirus disease 2019 pandemic that caused economic devastation to many businesses in 2020.

Nearly 900,000 workers between 60 and 69 lost their jobs between December 2019 and December 2020, according to the Bureau of Labor Statistics (BLS), as cited by the “MarketWatch” website published by Dow Jones & Co. The BLS also reported that 21.2 million people in their 60s are no longer in the workforce.

While boomers born in the late 1940s are, for the most part, retired, most people in their 60s, like Lu McCarty, still need a job to pay their bills.

McCarty, a Connecticut resident, had a successful career in mechanical engineering, working at such companies as Hughes Space and Communications and the Autodesk software company, making salaries ranging from $80,000 to $120,000.

But now, McCarty is receiving unemployment benefits and will soon qualify for Medicare. He was abruptly laid off in early 2020 when he was on the 59th day of probation of a new job. McCarty said he was told that “he wasn’t a good fit for the company,” despite the “glowing reports” he had received from his coworkers.

McCarty believes he was laid off as a cost-saving measure. McCarty said his abrupt departure occurred after his company hired a new insurance broker to review health care premiums.

Since his layoff, McCarty said he has had to dip into his retirement account, even though his four children are grown and his domestic partner is still working. Currently, McCarty spends his days looking for work and reduced his required salary to $45,000 a year. He’s looking at marketing himself as a “consultant contractor.” Otherwise, McCarty says, he may not get any work at all.

Not everyone is sympathetic to the plight of Baby Boomers, particularly Millennials, people born between the early 1980s and 1990s. Boomers, Millennials contend, enjoyed a healthy economy, personal freedom, high living standards, and created public policy for their own benefit.

But when the global economic crisis hit in 2008, and jobs began to disappear, boomers were pushed down the corporate ladder and took lower-paying jobs that Millennials would more than likely have taken to jump-start their careers. Now, boomers want their pensions and other retirement entitlements which is placing a financial drain on government budgets and jeopardizing the future of the Millennials.

This scenario is playing out prominently in the United Kingdom, where Jennie Bristow, director of the sociology and social policy program and senior lecturer at Canterbury Christ Church University, has been speaking out against “boomer blaming.”

Bristow, who writes and comments on the new generation wars, believes Britain’s Baby Boomers are being targeted because many are retiring at a time when reducing public spending on pensions and healthcare is high up on the political agenda.

What’s more, Bristow, author of Baby Boomers and Generational Conflict, says campaigners, policymakers and journalists have created an “artificial generation war” that claims inequality between boomers and Millennials can be remedied by taking resources from seniors and giving them to young people.

Using Baby Boomers as scapegoats and holding a single generation to blame for current economic problems and social injustices won’t solve anything, according to Bristow. Instead of fighting, Bristow recommends rechanneling the energy used for intergenerational fighting into “fighting for fair provisions across society.”

Some 60-Year-Olds Working For Less Pay

Karen Mater is working part-time at her church, which pays a lot less than the job she had at Central Michigan University, where she worked for 23 years in the department that oversaw charter schools. Mater said she was laid off in August after her department “decided they had to really slim down.”

Mater has not been able to get full-time work after applying for at least 45 jobs. Mater said she has been using funds from her retirement plan, and she receives Social Security survivors’ benefits from her 67-year-old husband who had kidney cancer and died in 2019.

In Arizona, things are finally looking up for William Budd, who was 64 years old when he was laid off in early 2017. In December, Budd said he received a full-time temporary job as an accounting specialist with the state of Arizona.

Budd had worked nearly 20 years in Arizona in financial analysts’ positions before he lost his last job. After his lay off, Budd said he interviewed with 176 different companies in the Phoenix metropolitan area, without getting a job. Eventually, Budd and his wife, who still works, had to sell their house and live with his mother and two of their four children. Budd said he also filed for chapter 7 bankruptcy.

Meanwhile, McCarty is motivated to keep searching for a job to prevent, as much as possible, a worse-case scenario when he turns 68 or 70. “I don’t want to be sitting with a can and a sleeping bag on a corner somewhere, begging for food,” he said.