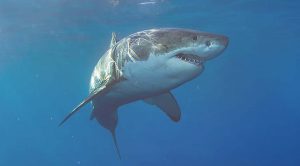 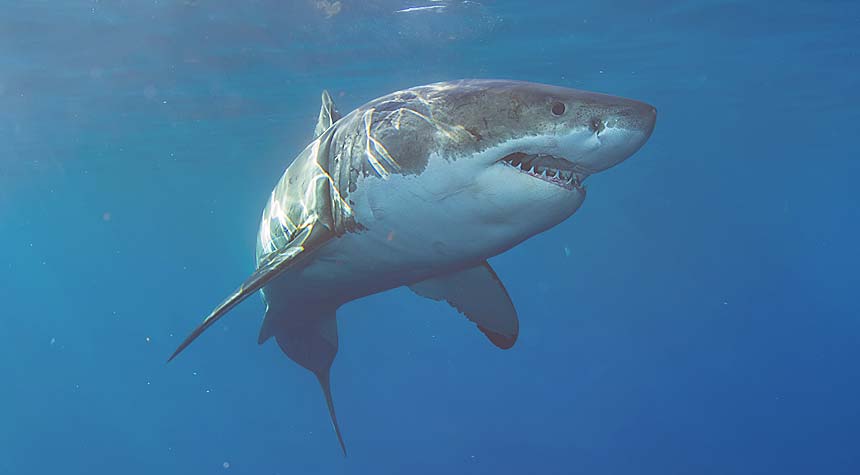 Why a COVID-19 Vaccine Could Further Imperil Deep-Sea Sharks

Large sharks may be portrayed as the villains in thriller movies and feared by swimmers and surfers, but the predators are still vital to the ocean’s ecosystem.

Marine conservationists and advocacy organizations worry that the decline in the carnivores’ population is upsetting the ecosystem. The groups blame the decline, in part, on pharmaceutical companies using shark liver oil to develop experimental coronavirus disease 2019 (COVID-19) vaccines.

The liver oil is important to sharks because the oil, fins, and a skeleton made primarily of cartilage help sharks maintain their buoyancy. Unlike most fish, sharks do not have a swim bladder to prevent them from floating upward or sinking to the bottom of the ocean.

Central to the issue is squalene, a compound that comes from shark liver oil that is used with other additives as an adjuvant, which enhances the body’s immune response to a vaccine. While all sharks have squalene, large sharks have the biggest livers, which means a higher concentration of oil.

Besides experimental COVID-19 vaccines, squalene is being used in several experimental vaccines including pandemic flu and malaria vaccines, according to the World Health Organization.

Stefanie Brendl, executive director of the advocacy group, Shark Allies, said no one is saying that “hundreds of thousands of sharks” will be caught and used for vaccines. However, as it becomes “normalized” and the global demand increases, it’s going to become more difficult to move away from using this animal product, she said.

The controversy surrounding scientists’ use of squalene comes at a time when pharmaceutical companies are producing more COVID-19 vaccines to send to states with limited supplies. Many states initially began vaccinating those most at risk of developing the coronavirus, such as health care workers, first responders, adults 65 years and older who live in long-term care residences, and people 16-64 years old with high-risk medical conditions.

So far, Pfizer-BioNTech and Moderna have been the only companies granted emergency use authorization by the U.S. Food and Drug Administration (FDA) to distribute their COVID-19 vaccines in the United States. Both companies use mRNA technology, and not squalene, for their vaccines.

GlaxoSmithKline (GSK) is collaborating with Sanofi, Medicago, and Clover Biopharmaceuticals in clinical trials to develop experimental COVID-19 vaccines. GSK, which is under scrutiny by Shark Allies, said it would manufacture the adjuvant, which has squalene as an ingredient.

GSK said while research to explore viable alternatives to fish-derived squalene is ongoing, alternatives are not currently available. The company also said its squalene supplier does not use sharks listed as endangered species under the Convention on International Trade in Endangered Species of Wild Fauna and Flora.

Shark Allies has launched a petition to get pharmaceutical companies to replace the shark squalene in some of the vaccine adjuvants with alternative non-animal-derived squalene.

“Why would a company choose to use shark-derived squalene in their adjuvants over sustainable plant-based alternatives?” the organization asked in its petition. “The only answer we can see, which showed up in our initial research, is cost. It was found that olive-based squalene is approximately 30 percent more expensive than shark squalene.”

Marine experts say the shark population is declining primarily due to human activities, such as overfishing.

A study published in the journal Science, in March 2007 examined various surveys conducted between 1970-2005 Researchers discovered that scalloped hammerhead and tiger sharks may have declined by 97 percent, while bull, dusky, and smooth hammerhead sharks each declined by 99 percent.

As the number of large sharks declined, rays and skates increased considerably along the East Coast and were eating up shellfish, particularly bay scallops, the study said.

The shark decline continues, according to a more recent report by the International Union for Conservation of Nature (IUCN), which documents the status of the world’s animal and plant species.

Released in December, the IUCH’s comprehensive report found more than 300 species of sharks and rays are threatened with extinction. Among those most at risk are four hammerhead shark species, four species of angel shark, and the giant manta ray. The report also mentioned that 31 animal and fish species have been declared extinct.

Besides sharks, wildlife advocates are also concerned about the horseshoe crab, which has also been used by pharmaceutical companies. The crabs have milky blue, blood that scientists use to produce limulus amebocyte lysate (LAL), a clotting agent that protects the crab from bacteria, fungi, and harmful proteins.

Pharmaceutical companies use LAL as the safety standard to test for contaminants in drugs, medical devices, and vaccines, like the COVID-19 vaccine. LAL will either clot or change color when dangerous bacterial toxins are detected.

Although the crabs are returned to the water after the blood draw, an estimated 15 percent of the crabs die, t, according to a study used by the Atlantic States Marine Fisheries Commission, which regulates commercial fishing of horseshoe crabs. The biomedical industry estimates between 3-5 percent.

Barbara Brummer, the state director of The Nature Conservancy in New Jersey, says the industry is not “transparent” as to how many crabs recover and make it to the next reproductive cycle.

In the meantime, marine conservationists continue to monitor the decrease in the large shark population. The experts say that sharks keep the marine ecosystem in balance by preying on animals that are on the lower end of the food chain. A decrease in the large shark population means an increase of other predatory fish and marine animals that would eliminate the amount of fish available for food.