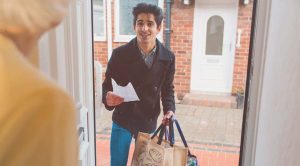 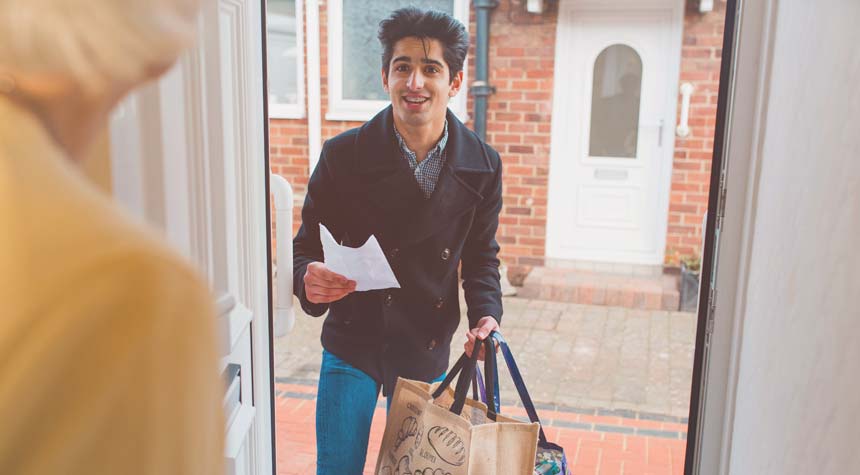 What began as a request for holiday donations to nursing home residents turned into North Carolina elementary school students raising community awareness of the impact loneliness has on older adults.

Elizabeth Foxworth, a teacher with Carteret County’s academically and intellectually gifted program, read a Facebook post from a nursing home employee asking for donations to make the holiday a bit brighter for residents. Many residents, the post said, had not been able to see their families due to the coronavirus disease 2019 (COVID-19).

Foxworth had students study the health effects of loneliness and isolation among adults 65 years old and older who live in nursing homes as well as those who live alone. Foxworth said that some of what the students discovered was “truly heartbreaking,” such as how isolation and loneliness can lead to heart disease and dementia and can increase early mortality by 29 percent.

Zach Guerrero, a fifth-grader at White Oak Elementary, said he was concerned that a lot of people are affected by loneliness but was excited to learn how to prevent it. Students took the information they learned and created infographics to post around the county.

Foxworth said whether seniors are in a nursing home or living in their own home, it’s important to reach out to them and take care of them. Fifth-grader Ella Richardson felt good about helping seniors because “it’s not good for them to be lonely for a long time,” she said.

Patrick Thomas, better known to his YouTube subscribers as Patty Mayo, was sitting in his boat on January 2 when he saw a woman in pink running into the Humboldt Bay in Eureka, California. Mayo, the host of the “Southland Bounty Hunter” YouTube series, saw a Chevy Silverado pickup truck in the water and the woman attempting to rescue the driver.

A man Mayo described as being in his 60s also ran into the water, and he and the woman were able to get the elderly driver out of the truck and on top of the roof. Soon, other people came to help, including Mayo whose boat was about 500 feet east of where the incident took place.

Mayo helped the two Good Samaritans get the elderly man into the boat and took him to the dock. Emergency medical personnel, who were at the dock, believed the man was having a stroke.

Mayo said he did not have his camera to capture the rescue because he dropped his phone as he rushed out to help the others. His phone was still on the dock when he returned.

While Mayo didn’t record the incident, witnesses to the rescue posted the incident on social media. The victim’s daughter, who responded to the posts, confirmed that her father had a stroke while driving. He was released from the hospital and is doing well, she wrote. The daughter also thanked all the “heroes” who helped save her father.

Rebecca Mehra was going into the Safeway grocery store in Bend, Oregon, when she heard people calling out to her. It was March 11, 2020, a time when COVID-19 was beginning to spread across the United States. She turned to see where the voices were coming from and saw an elderly couple

Mehra, a 26-year-old professional runner who wants to compete in the 800 and 1,500 meters at the U.S. Track & Field Olympic Trials in June in Eugene, did not know the couple. Mehra said the couple told her that they were too afraid to go into the store. So, they asked Mehra if she would buy groceries for them, and Mehra agreed.

This was a time, Mehra said when people were afraid because not much was known about the virus and its deadly impact. What was known, however, was that older adults were the first victims impacted by the dreaded disease.

When Mehra was done shopping, she helped load the groceries into their car. But Mehra said she wishes that she had given the elderly couple her contact information.

Mehra said her boyfriend encouraged her to tweet about what happened. When she did, her tweet went viral. Mehra was soon contacted by national media outlets, including CNN.

As the coronavirus began spreading around the world, more people began replicating Mehra’s kind act by helping seniors, as well as their friends, family, and neighbors. “That’s been wonderful to see,” Mehra said.

There’s a rising group of authors who are telling their stories and enjoying new-found fame. But, you probably won’t see these authors on social media or making the rounds of television talk shows to promote their books.
These authors are older adults publishing their life journey to a new generation of family members.

Roy Moëd, the founder of LifeBook, an autobiography service, says he doesn’t intend for his company to sell hundreds of thousands of books like a traditional publisher. His company publishes custom books that “allow individuals to document their lives for their families.”

Moëd’s father was the inspiration for starting LifeBook in Surrey, England in 2013. Several years ago, Moëd said he was having lunch with his father who was in his 80s at the time. Moëd said he felt both sad and frustrated when his father repeated the same stories over and over again. Moëd realized that his father needed a way to share his stories. So, Moëd asked his assistant to meet with his father every week to document his stories.

Sadly, Moëd’s father died in November 2002 before the book was published. To make matters worse, Moëd’s mother died six days later. It wasn’t until 10 years later that Moëd decided to finish and publish the manuscript as a book to share with his family.

Moëd’s LifeBook recently launched a company in the United States under the brand, LifeTime Memoirs. Both companies use interviewers who visit seniors to document their stories. The interviewers must first undergo a background check before going to customers’ homes.