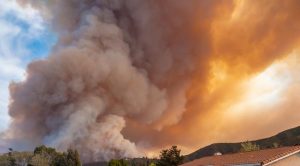 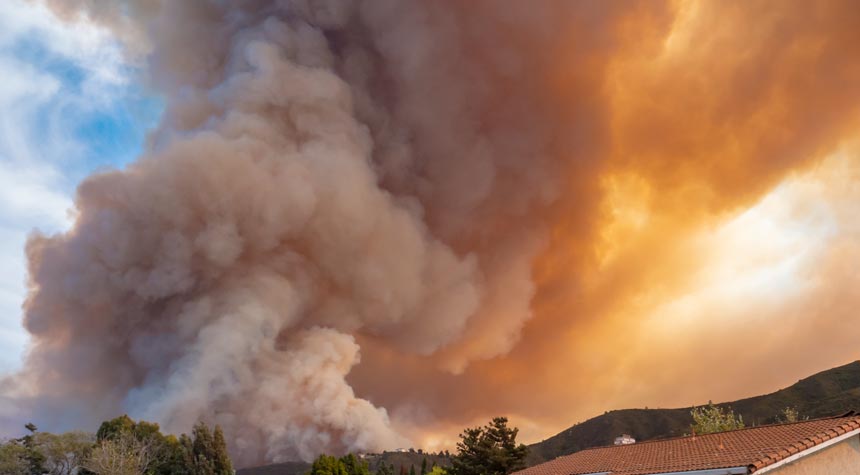 Smoke From Wildfires More Toxic Than We Thought

In July, Samir Kumar was running errands in his uptown Manhattan neighborhood and thought the air felt thick. The 29-year-old New York resident, who has asthma, said he had to take bigger breaths because he started experiencing shortness of breath and tightness in his chest.

Fortunately, he did not have an asthma attack. Kumar said he has seen bad air quality in New Delhi, India where his family is from but never in the United States. What caused Kumar’s discomfort was smoke from large wildfires in the western United States and Canada that rode the jet stream to the East Coast. The smoke was so thick that it blurred out the city skyline.

Poor air quality from wildfire smoke is no longer limited to the area where the fire is raging but is now causing problems nationwide. Smoke from large wildfires can account for 25 percent of dangerous air pollution in the United States, and up to half in some Western regions, according to a study published earlier this year in the journal, Proceedings of the National Academy of Sciences.

A plume of smoke from a wildfire contains small solid and liquid particles from the type of objects burned in the fire, such as trees, shrubs, and buildings. These small particles can penetrate the lungs and cause respiratory illnesses, such as asthma, Chronic Obstructive Pulmonary Disease, also known as COPD, and infections, including bronchitis and pneumonia.

Scientists track particles that are 2.5 microns in diameter (known as PM2.5) since they are more dangerous than larger-sized particles and can pass into the bloodstream.

Exposure to PM2.5 from wildfires might be more toxic than PM2.5 from cars and other sources, says Rosana Aguilera, an atmospheric scientist at the University of California San Diego. Aguilera co-authored a study that found exposure to wildfire PM2.5 increases hospitalizations up to 10 percent compared to up to 1.3 percent for hospitalizations associated with exposure to non-wildfire PM2.5.

The analysis was done using fire perimeters in Southern California from 1999 to 2012 from the Fire and Resource Assessment Program of the California Department of Forestry and Fire Protection. The study was published in the journal, Nature Communications.

Scientists point to climate change as the culprit for causing dry, hot weather that makes conditions ripe for wildfires. Drought causes dry trees, shrubs, and other organic matter, including previously burned areas to easily catch fire, spread rapidly across the land, and pollute the air.

Small Particles from Wildfires Can Affect the Body

A healthy person exposed to certain levels of wildfire smoke on a short-term basis every year would probably have nothing more than a scratchy throat or irritated eyes, says Sarah Henderson, an environmental health scientist at the University of British Columbia. However, when the pollution spreads across the country more people are exposed and put at risk for respiratory problems and heart problems, she said.

Additionally, when small wildfire particles lodge deep inside the body, the immune system responds by releasing the same cells it would use to fight off a virus. An ongoing immune reaction from continually inhaling air pollution can affect vital organs, such as the lungs, the liver, and the brain.

The immune system’s fight against pollution makes it difficult for it to fight off coronavirus disease infections and its variants. Recent studies have found that people exposed to air pollution are more likely to die from COVID-19. This is because the body is not prepared to fight the virus at the same time it is reacting to wildfire smoke, said Mary Prunicki, the director of air pollution and health research at Stanford University.

Not only can wildfire smoke affect a person’s physical health, it can also affect a person’s mental health. Scientists at the University of California, Davis are conducting an ongoing study involving people who have experienced loss and devastation.

The smoke alone can trigger stress and anxiety, said Irva Hertz-Picciotto, one of the study’s co-authors who is also an epidemiologist and director of the university’s health science center. Hertz-Picciotto has found that people can suffer from post-traumatic stress disorder, particularly those who had to evacuate their homes and those who watched their houses burn down.

“People can suffer from flashbacks,” she said.

The largest fire has been the Bootleg Fire in the Fremont-Winema National Forest, about 15 miles northwest of the town of Beatty, Oregon, according to the U.S. Forest Service. The Bootleg fire started on July 6 and burned across 413,000 acres for 39 days. The fire was so large that the smoke was seen and smelled all the way to the East Coast.

As the Bootleg fire raged on, the Log Fire started nearby on July 12. Eight days later, the Log and Bootleg fires merged into one, the U.S. Forest Service said. It wasn’t until August 15 that the forestry service announced on its Twitter account that it was “thrilled” that Bootleg and two other large fires were 100 percent contained.

Fires in recent years have not only burned vegetation but also destroyed thousands of structures, releasing more toxic substances into the air. In early July, CARB published an analysis of the Camp Fire in 2018 that burned 19,000 buildings across 150,000 acres and destroyed the town of Paradise. The fire also t00k the lives of 85 people.

The analysis found elevated levels of lead, zinc, calcium, iron, and manganese in the thick smoke. The report said that some of the metals traveled (via smoke) to San Jose and Modesto, more than 150 miles away. What’s more, dangerously high levels of air pollution in the Sacramento Valley and Bay Area in particular, lingered for about two weeks. During that time, High levels of lead were detected for about 24 hours, which was concerning since lead exposure has been linked to cancer and reproductive issues in adults and developmental problems in children.

According to Bonnie Holmes-Gen, the Health and Exposure Assessment branch chief at CARB, the report cannot link this “short-term exposure to a specific health effect, but we can say lead is very dangerous, and there’s no safe exposure.”

In the state of California, 2020 went down as the largest wildfire season recorded in the state’s modern history. Hertz-Picciotto said she plans to spend some time away from her northern California home in August, a peak month in the wildfire season.

“If I was starting to raise children… I probably would leave this state,” she said.