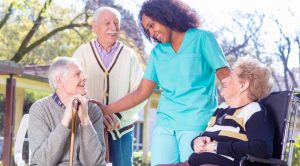 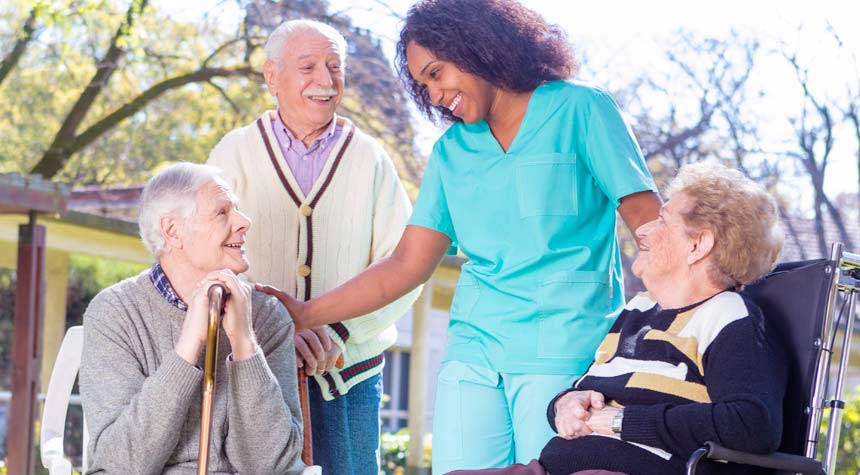 In the midst of the coronavirus disease 2019 (COVID-19) pandemic, a storm knocked out power for the third time in 24 hours in the senior apartment where Ellyn A. Lem’s mother lives. Lem assumed that her 84-year-old mother would be upset because her lights, stove, and air conditioner were out.

When Lem’s mother contacted her from a friend’s mobile phone, Lem was relieved to hear that her mother was doing fine. Lem said she also heard “a lot of laughing and chatter in the background.” The seniors had gotten together with their flashlights and candles to keep each other company and provide support during the storm.

Many older adults are handling the unprecedented pandemic better than expected and this supports findings from studies conducted on older adults, including research by Lem, a professor of English and Gender Studies at the University of Wisconsin-Milwaukee-Waukesha.

Studies show that seniors are handling the pandemic differently because their life experiences have taught them how to pack their patience. According to Lem, older adults can tolerate patience because they are used to waiting, unlike the younger generation who has grown up wanting “immediate gratification” thanks to social media. Beyond that, seniors are used to dealing with hardships and crises.

Lem explored the subject of aging and how some seniors are resisting the stereotypes associated with older adults. Lem surveyed over 200 seniors 65 years old and over from across the United States and published the results in her book, Gray Matters: Finding Meaning in the Stories of Later Life.

Of the over 200 people who participated in the survey, Lem said nearly everyone was optimistic about their “general mood most days” even though they admitted having concerns about their health, caretaking responsibilities, and dealing with some loneliness.

A study by the Centers for Disease Control and Prevention (CDC) found that younger adults, unpaid adult caregivers, and essential workers were among the people who reported experiencing “disproportionately worse mental health outcomes, increased substance use, and elevated suicidal ideation.”

The CDC conducted surveys in June to assess mental health, substance use, and suicidal ideation during the pandemic among U.S. adults 18 years old and older.

The study found that 46 percent of people ages 18 to 24 reported experiencing symptoms of trauma- and stressor-related disorder (TSRD) related to the pandemic, compared to only 9 percent of people 65 years old and over. According to the CDC, disorders classified as TSRD include Post-Traumatic Stress Disorder, acute stress disorder, and adjustment disorders.

Not having the pressures of working full time while raising children and deciding how to educate them during the pandemic are among the reasons why older adults seem to be faring well in the pandemic.

Kimberly Jones, a 32-year-old resident of Spanish Fork, Utah, said she has been struggling with severe depression since the pandemic began. Jones said she was “put on suicide watch” because she works from home, her husband lost his job, and her three children have to stay at home most of the time.

The pandemic’s upending of daily routines largely contributed to placing additional stress on younger people. In contrast, older adults, like Claine Tanner, did not see much of a change in their daily schedule.

Tanner, a 71-year-old Hurricane, Utah, resident, said the biggest changes he experienced since the pandemic began was not being able to go to church on Sunday and social distancing rules were put in place at a boy’s school where he teaches part-time to supplement his Social Security income.

At the beginning of the COVID-19 outbreak, public health officials advised older adults to restrict their movements because of their age and underlying health conditions placing them at high risk for developing the coronavirus. As the coronavirus continued to spread across the country, governments ordered lockdowns that affected all citizens.

A multi-generational study conducted during that time had results similar to the CDC’s study, with younger people struggling more than older people. In addition, “The Four Pillars of the New Retirement” study conducted by Edward Jones and Age Wave found seniors viewing “retirement” as more than just “the end of work” and redefining it as “a whole new chapter filled with new choices, freedoms and challenges” regarding health, family, purpose, and finance, according to a statement issued on the study.

The study involved 9,000 people in the United States and Canada, the oldest being the “Silent Generation” (born between 1925 to 1946 during the Great Depression and World War II), and the youngest being Generation Z (born between the mid-to-late 1990s to 2010).

COVID-19’s impact forever changed the reality of many Americans, yet retirees appear to be more resilient compared to younger generations, said Ken Dychtwald, CEO of Age Wave, a firm that guides companies and government groups in developing products and services for older adults.

Dychtwald said in a statement released about the study, that older adults “tend to recognize the value of a long-term view, and so as they think about their lives, longevity and legacy, they’re able to pull from an array of experiences that help them weather current storms, feel gratitude about many aspects of their lives and still plan for the future.”