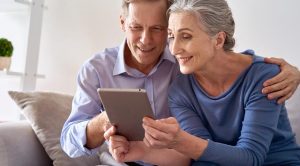 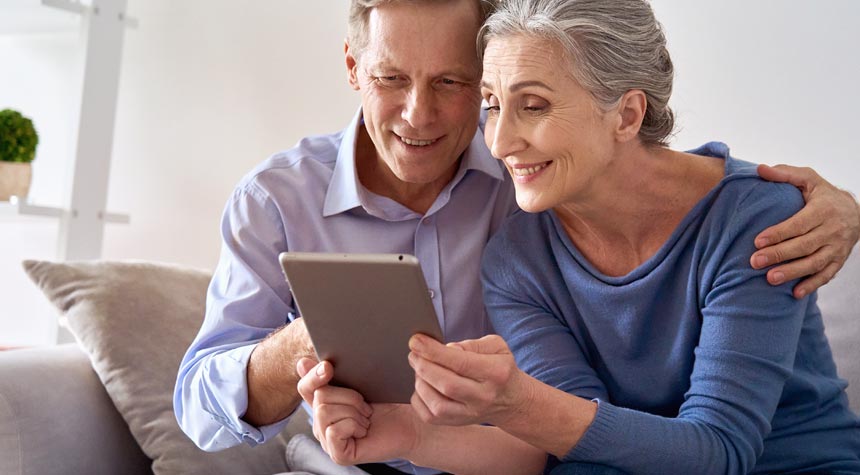 Seniors across the country are embracing technology and installing smart-home devices designed to help them maintain their independence as long as possible.

At the same time, a growing number of studies are finding that seniors do not know how to use technology but some are willing to learn. In fact, some seniors want to have input in designing technology that targets their safety and well-being.

For now, older adults and their family members are using some of the most popular smart-home devices that operate on their own, such as:

Most smart devices require a Wi-Fi connection in order to operate, which means seniors need to have enough bandwidth to support multiple devices. Additionally, the devices can be operated remotely by a family member or caregiver.

While most smart-home devices can be operated via an app on a smartphone, they can also be operated on the electronic device that launched the digital revolution: The computer.

Technology intimidates many older adults, but seniors say the uncomfortable feeling might go away once they receive training in technology basics. And, the most basic technology—and for some, the most challenging—is the computer.

A computer is an electronic machine that makes, stores, and processes information. There are three types of computers:

A desktop computer is a personal computer system designed for regular use at a table or a desk. A desktop has a screen (also called a monitor), a keyboard, a mouse (a small device used to move a cursor around the screen), and a power cord.

A laptop computer, also known as a notebook, is a single box that opens up like a clamshell, with the monitor on top and keyboard and mouse below. Laptops are more convenient than desktops because they are portable and run on battery power, which can last for hours. Laptops also come with a power cord for charging.

A tablet computer is a flat, lightweight, wireless device that is sensitive to touch. Tablets, which are smaller than laptops, are navigated by touching the screen with a finger or a stylus. Tablets come with a power cord for charging.

Computers help seniors take a major step into the digital age by allowing them to:

Computers, as well as smartphones, can operate smart-home devices. Seniors interested in learning how to use a computer can find free training at stores that sell computers (like Apple), through videos, local libraries, and senior centers.

While smart home technology can support a senior’s independence, using invasive devices such as cameras and voice-controlled virtual assistants that other parties can gain access to raises privacy and security concerns.

Security experts agree that seniors should be asked whether they mind being monitored by other people, such as their children or caregivers.

What’s more, installing invasive devices, such as cameras, may be risky for people who are experiencing paranoia, according to Dr. William Dale, director of the Center for Cancer and Aging Research at City of Hope Comprehensive Cancer Center in Duarte, California. In these cases, Dale says the risk may not outweigh the benefit of being able to observe someone.

If the senior is mentally incapacitated or has trouble making sound decisions, Dale recommends talking to a medical provider or the individual’s medical power of attorney. “A conversation should also include the impaired person, even if they aren’t able to remember it later,” he said.

Also, when families discuss smart-home devices, the emphasis should be on how technology will benefit seniors and help them feel safer and not on how it makes it easier for adult children or caregivers to check on seniors.

The digital world is not one that some seniors are in a hurry to enter, even if they want smart-home devices installed or a computer or a smartphone.

A lack of technology literacy and skills, and physical challenges were the biggest barriers to the adoption of new technology by older adults, according to a recent study on technology that supports aging.

Some participants in the study, conducted by researchers at the University of California San Diego, said they lack tech skills because they left the workforce before technology was integrated into their jobs.

In addition, the study participants said they were frustrated overusing technology designed for them but not designed by them.

“Frustration appeared to be a significant barrier, which led to a lack of self-confidence and motivation to pursue using the technology,” wrote Shengzhi Wang, the lead author of the study published in the journal Healthcare.

Some participants said seniors should have input in designing products targeted to support the aging process. For example, one participant commented that the personnel at the facility where this participant lived spent a lot of time letting people into their apartments because residents often misplace or forget their keys. The participant suggested putting in an eye-scanning or fingerprint sensor that could be used to unlock the door of the residence or use a system similar to the keyless lock system on modern cars.

The study’s investigators wrote that “technologists,” or at best, geriatricians have preconceived ideas of what older adults need with “little consideration of the older adults perspectives.”

Kris Thompson, a smart technology specialist with the Oak Hill NEAT Center in Hartford, Connecticut, and manager of the organization’s Smart Home on Wheels,
said he never generalizes about what a senior would want in their home. For instance, Thompson said he did a home assessment once for a senior who wanted to start gaming, and playing Grand Theft Auto, a popular video game series.

So, security experts say it is important to remember that there is no “one-size-fits-all” when it comes to smart-home technology. The type of devices used will depend on what seniors need or want.