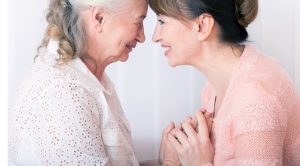 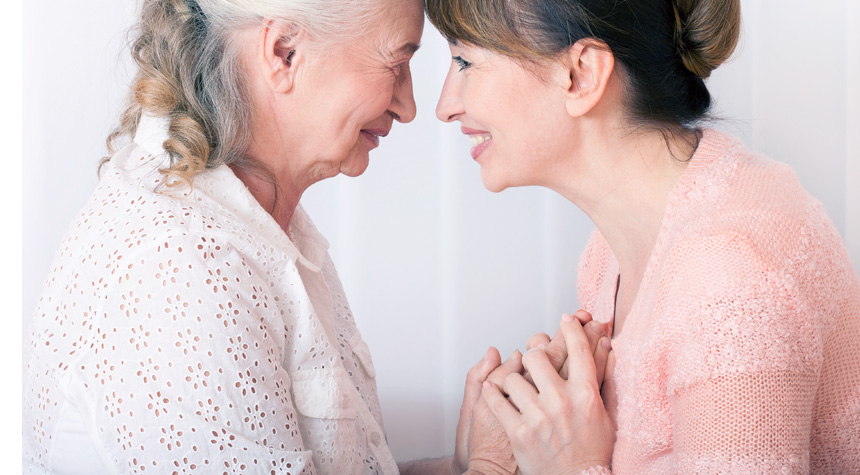 There’s an African proverb that says, “It takes a village to raise a child.” In other words, everyone in a caring community does whatever is necessary to ensure a child’s development.

Fortunately, there are compassionate neighbors who want the “village” to also care for older adults who need help with daily living activities. One Franklin County, Pennsylvania, mother has taken this proverb to heart.

Angela Danko said she wants to be “the village” to both children and adults. The Chambersburg, Pennsylvania, resident helps her neighbors while her 6-year-old and 9-year-old children are in school. And, even after school, Danko watches some of her neighbor’s kids until their parents get home from work.

When needed, Danko takes seniors to doctor appointments and the grocery store. Sometimes Danko’s volunteering is as simple as making a telephone call to check on her elderly neighbors.

In the busy world we live in, Danko said it’s easy to focus solely on ourselves. But, Danko believes we can make a big difference when we pay attention to the needs of others.

School was out for the Martin Luther King, Jr., holiday on January 20, but more than half a dozen teenagers did not relax on their day off. The teens, instead, rolled up their sleeves and went to work on the National Day of Service, which honors King’s life and civil rights legacy.

Teens from the YMCA of Greater Houston and students from the University of Houston worked with Rebuilding Together Houston to paint the home of a 69-year-old widow whose husband served in the Marines. The volunteers painted the front porch, left, rear, and right walls and trimming of the home on the city’s East End in the Second Ward.

While it may be hard, manual work for the young volunteers, it’s all worth it in the end, said Karina Lozoya, executive director of the YMCA of Greater Houston.

Naschitti Chapter’s Program Helps Those In Need Get Firewood

The three men were hired by the Navajo Nation Naschitti Chapter’s tribal government program to chop firewood in January for the elderly, some single parents, and people with disabilities.

Wilhelmina Noble was thankful for the help since she has arthritis in her wrists, and her husband has health issues. The couple’s son usually cuts firewood when he visits on weekends, but Noble said he had not been feeling well in recent weeks.

Bill Goldtooth, a 61-year-old Naschitti resident, said he first started chopping wood when he was 4 or 5 years old. Now, it’s difficult for him to cut firewood because the cold weather bothers him.

Hunt said he didn’t mind chopping wood because it allowed him to help his community while learning more about the place where he was raised.

Nellie “Nale” Mullican lived in a white, wood-frame house in Franklin Parish, Louisiana for 47 years. But, the 92-year-old Mullican could not afford to repair the holes in the floor, sheetrock falling from the walls, and many other structural problems at her house.

Life Church and First Baptist Church of Gilbert each raised $1,000 in donations. In the meantime, Wallace found a mobile home for Mullican and planned to use the $2,000 as a downpayment.

Donations, however, continued to come in for Mullican and within one week, Wallace had the money to pay off the cost of the mobile home. Wallace said Delta Fuel Company relocated Wallace’s propane tank and set up her gas while Northeast Louisiana Power Cooperative donated the meter base and pole.

Mullican did not know what was going on until the day she heard a rumbling noise. When she looked outside, she saw a mobile home located just 50 feet away from her house.

Harriet Tubman is famously known for her escape from slavery in the mid-1800s and becoming a “conductor” on the Underground Railroad to help other slaves escape to freedom.

What Tubman may not be as well known for is opening, what some historians say, is the first nursing home for black people. At that time, black people were not allowed to live in nursing homes for white people.

The Tubman Home for Aged and Indigent Negroes opened in Auburn, New York, in 1908. Not only did black older adults have a place to stay, but doctors and nurses visited once a week to provide free medical care.

About three years after opening, at nearly 90 years old, a frail Tubman moved into the home. According to Karen V. Hill, president, and CEO of Harriet Tubman Home, Inc, Tubman wanted a place where former slaves could live out their lives in dignity and decency.

It’s lonely during the holidays, especially for older adults facing social isolation, and university students who are away from home. Last year, a new charity in the United Kingdom sought to find a solution to the problem.

The “Together” initiative brought together students and residents in long-term care facilities. The young adults and older adults both had something in common: loneliness.

A recent study conducted by Student.com found that 70 percent of students felt lonely while studying at a university, and one-quarter of them said they often feel lonely. What’s more, statistics from Age UK, a charity that helps older adults show that more than 1.7 million seniors go for over a month without speaking to a family member, friend, or neighbor.

The Together expects to continue its plans this year after a successful tea party in Sheffield, England, in November. During the party, students and nursing home residents, who ranged in age from 80 to 102 years old, swapped family stories and discussed the latest news. The two groups soon felt comfortable with each, so much so that the new friends shared dating advice.