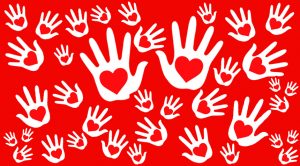 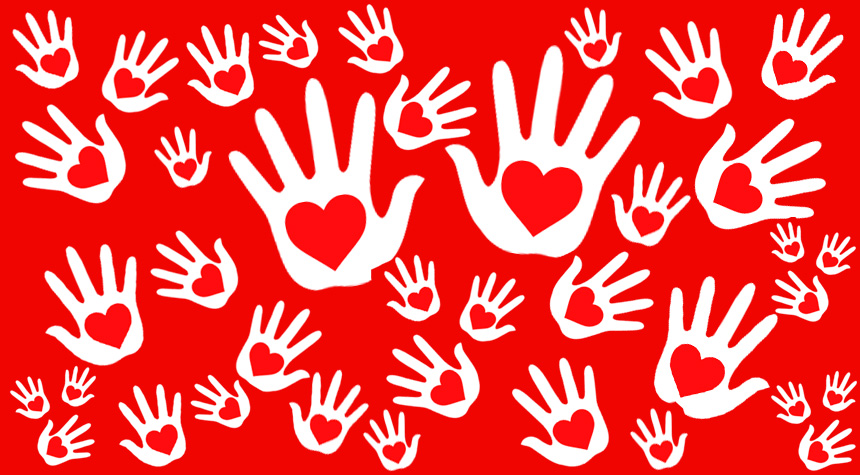 Studies show that a growing number of seniors are deciding to stay in their homes because they value their independence. However, some seniors have trouble making home repairs, staying active, or remaining socially connected to their communities.

Fortunately, compassionate neighbors are banding together to help older adults successfully age in place. And, when neighbors cannot do it all by themselves, they put out a call for volunteers to help.

Caring neighbors in Illinois recently reached out and asked others to help their elderly neighbors who lived alone. The response was overwhelming.

Neighbors Stepping In To Help

Lawrence Maushard and Kristen Meierkord had been helping an elderly woman in their East Bluff neighborhood in Peoria. This is how they noticed that parts of Barbara Johnson’s roof was caving in and the front steps were in desperate need of repair.

Maushard contacted the Illinois Valley Fuller Center, a nonprofit organization that helps veterans and their families with home repairs. Johnson’s deceased husband was a veteran, according to a media report about the neighbors’ efforts.

Besides her house, Johnson was in need of in-home assistance. So, Meierkord went to East Bluff’s Facebook page to ask if neighbors could take her grocery shopping, help her prepare meals or drop off prepared meals. The post not only drew hundreds of comments but the response from neighbors who said they would pitch in and help.

Johnson, who has dementia, did not want to be interviewed by the local news station that ran the report about the neighbors’ efforts. While she may have denied the request for an interview, the smile on her face spoke volumes, according to the news station.

In Amherst, Virginia, Angel Alberio, a former carpenter made renovations to his home from several tons of wood and concrete debris from a dilapidated house. Unfortunately, the debris that needed to be removed was right in front of Alberio’s home.

Alberio was talking about the debris problem with Christy Moon, a nurse at the Stroobants Cardiovascular Center where he and his wife, Maria Alberio, are patients.

Moon and her colleague went to visit the home and found the debris to be more than what two people could handle. So, she reached out for help and was pleasantly surprised with who made up the clean-up crew.

When it was all said and done, 20 employees from the medical facility and Amherst County government went to the couple’s home on January 4, 2020. The volunteers filled dumpster truck beds supplied—without cost—by First Piedmont Corp., a waste collection and recycling company.

The volunteers did not finish all the work that day, but plan to complete the extensive project in stages.

Some Neighbors Simply Want to Give Back

One particular Christmas stands out to Brittany Speckhart, a Quincy, Illinois resident. Her family had opened their Christmas presents when her father, Brent Speckhart, reminded them of how they were blessed.

Brent Speckhart’s statement inspired his daughter to want to help those who were less fortunate than the Speckhart family. So, this past Christmas, Brittany and her father decided to do something to give back to others.

The Speckharts delivered meals on Christmas Day to seniors who receive food from the local Meals on Wheels. The nonprofit organization delivers 700 meals each day to the homes of older adults in Quincy.

The father and daughter were welcomed with broad smiles when seniors came to the door, Brent Speckhart told a local news station. Apparently, Christmas for many seniors was a bit brighter.

Elizabeth Fose’s family members were worried that she would be lonely on Christmas, her favorite holiday. So, Fose’s daughter had an idea.

She used the app, Nextdoor, to ask people to send 96 Christmas cards to her 96-year-old mother who lives in a nursing home in Newark, Ohio.

Nextdoor allows neighbors to connect with each other to find out what is happening in their local communities and in other neighborhoods around the world.

According to local media reports, Fose received over 2,000 Christmas cards from caring “neighbors” Florida, California, Nebraska, Arizona, and several other states. Fose also received a card from a global neighbor in Hungary.

When asked what she thought about receiving the cards, Fose told a local news station, “It’s like someone cares about me.”

Residents at the Salyersville Nursing and Rehabilitation Center in Salyersville, Kentucky, received everything on their wish list for Christmas, thanks to Santa’s special community helpers, lead by a 17-year-old high school senior.

Kisha Ann Collinsworth said she founded a non-profit organization called, Helping Hearts, two years ago to give gifts to the nursing home residents.

Collinsworth said she was able to receive a list of what each resident said they wanted for Christmas 2019. She distributed the list to individuals and groups in the community.

Collinsworth’s grandfather, who pastors a church, allowed her to use the building to organize the gift-giving project. The pastor knows about the nursing home because he holds church services at the center.

Generous community members and groups, including a motorcycle club, purchased gifts, ranging from socks to a television, and gave financial donations as well.

In the end, five vehicles were loaded up with gifts to take to the nursing home. In all, Santa—with his “elves” from Helping Hearts—distributed more than 240 gifts to grateful residents.