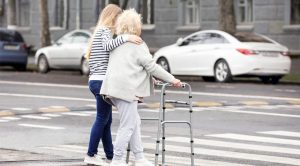 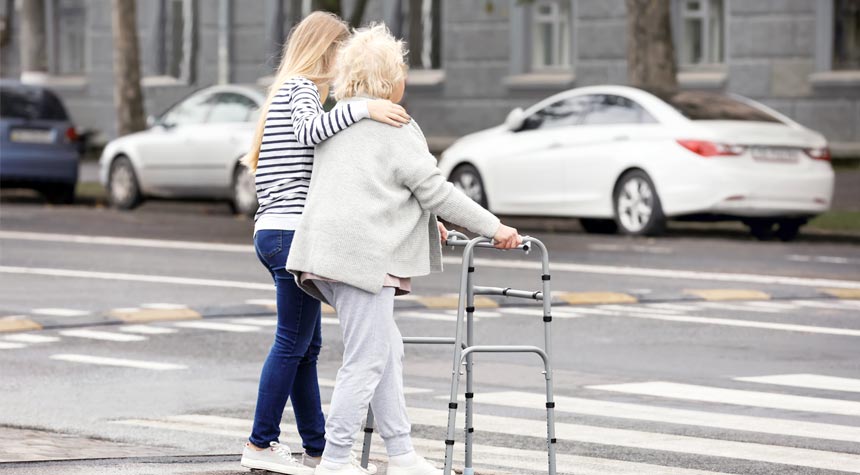 Julia Torres was 26 years old and pregnant with her second child when her mother was diagnosed with Alzheimer’s disease nine years ago. At the time, Torres, her husband, and daughter were living with her 55-year-old mother in Carlsbad, Calif.

Torres took care of her mother until her brother moved in to take over caregiving duties. But Torres and her family returned after only one year because her mother’s caregiving needs had increased.

While caring for her mother and raising a family, Torres took the huge step of going to law school. She earned her law degree and now works with the U.S. Department of Justice at the immigration court in Otay Mesa, a community in the southern part of the city of San Diego. Torres’ mother, now 64, has advanced dementia and is receiving hospice care in an assisted living facility.

In discussions about adult children caring for their aging parents, it’s usually assumed that the children are older adults and their parents are over 70. While this is a fact in some cases, the scenario is changing to reflect millennials caring for parents in their 50s or 60s.

Studies show that the millennial generation, born between 1981 and 1996, are also considered “sandwiched” between raising families or establishing their careers and taking care of their parents. Some, who are even in their late 20s and 30s, are caregiving from a distance while others have moved back into their parents’ homes.

A survey released by AARP in May found that 23 percent of the 1,392 respondents were 35- to 49-year-olds caring for a parent or grandparent with a long-term physical condition. In addition to that, 81 percent of caregivers ages 18 to 49 care for someone 50 years old or older.

The goals of millennials, such as buying a home, going to school, developing long-term relationships, and settling into a career, are being put on hold because of their caregiving duties, said Martha Rañón, executive vice president for Southern Caregiver Resource Center in San Diego, County, Calif.

In Matthew Zuraw’s case, he changed careers to have more time to care for his father. Zuraw, a San Diego resident, said he was living in California and working at an insurance company when his father, who lives in Virginia, was diagnosed with Alzheimer’s disease.

Zuraw said he and his siblings split caregiving duties to help out their 64-year-old mother, the primary caregiver of their 68-year-old father. So, Zuraw quit his job at an insurance company and started his own business. Becoming self-employed allowed him to stay with his parents for more than a month (his wife stayed in San Diego) to help them move from the home in which they lived for 30 years and into retirement and continuing care community.

Zuraw said cooking his parents’ meals, doing the laundry, and going to the grocery store was an opportunity for him to pay back his parents for what they did for him during his childhood. While caregiving is a huge responsibility, Zuraw said he also sees it as a blessing.

Sadly, some younger care recipients are not able to enjoy watching their grandchildren grow up. Justin Kleidermacher, a high school student in Miami Beach, Fla., said he was barely in grade school when his grandfather was diagnosed with early-onset Alzheimer’s Disease at 53 years old.

So, to create a lasting memory of their grandfather Kleidermacher and his sister, Lauren, a college student in Pennsylvania, started, PJ Pillows, a company that designs pillows for caregivers and their loved ones. The pillows, personalized with images of family, friends, and even pets, give loved ones something comforting to hold on to, Kleidermacher said.

Millennials Learning to Reach Out For Help

Genworth’s study noted that long-term care takes an emotional, physical, and financial toll on the lives of the care recipient’s family and friends. Torres said her relationship with her husband became strained when she was taking care of her mother before she moved into an assisted living facility.

In the early days of caring for her mother, Torres did not know of community resources available for caregivers. The AARP survey found the youngest caregivers, ages 18 to 49, had the most difficulty finding affordable services in the care recipient’s area. This suggests that younger caregivers may not be aware of services like delivered meals, transportation, or in-home health care available for people who need care, according to the survey.

Torres said she later found out about Alzheimer’s San Diego where she received needed resources. Now, Torres recommends caregivers reach out early in their caregiving journey to get help before experiencing high levels of stress.