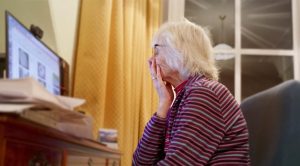 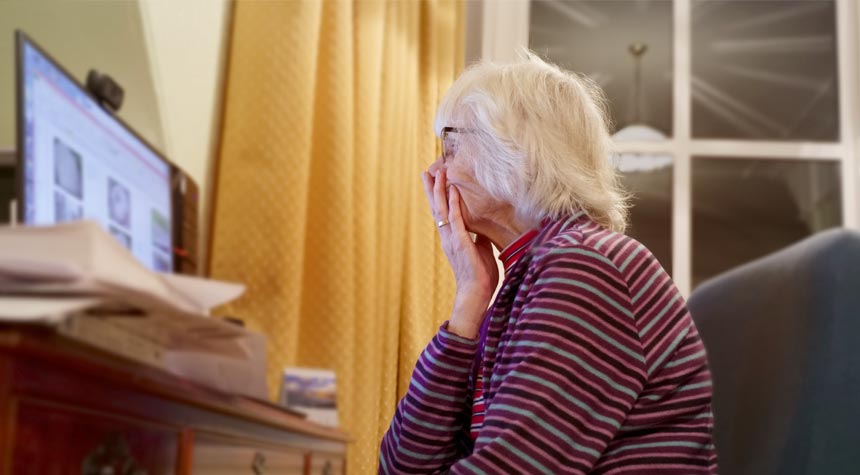 An elderly woman in Harrison County, West Virginia, received a call saying that she had won a $1 million lottery. But there was a catch. The caller told the woman to send her $25,000 over a two-year period by mail and by wire. The lottery was a scam.

The caller, Shelly Anne Leipham, a 65-year-old Las Vegas resident, was arrested after an investigation by the Internal Revenue Service (IRS) and the West Virginia State Police. Leipham is accused of defrauding the elderly woman for nearly $25,000 and is now facing federal charges of wire fraud, mail fraud, and money laundering, according to the U.S. District Attorney’s Office in Northern West Virginia.

The West Virginia woman is among thousands of older adults across the country targeted every day by scammers. Law enforcement officials and senior advocates warn older adults to ignore strangers who go door-to-door with home improvement offers, or contact them by phone, email, or with websites offering fake products and financial investment schemes.

While adults of all ages can be duped, the elderly are the most frequent targets of scams. Fraudsters target the elderly because they are more likely to be alone, willing to listen to others, and generally more trusting than younger people, according to the Association of Certified Fraud Examiners (ACFE).

In one instance, the ACFE reported a daughter discovered that her 79-year-old father was the victim of an online romance scam. The daughter warned her father about the woman, but he brushed aside her concerns. After her father had a massive stroke and she was given power of attorney, the daughter found out that he had sent the woman $700,000 over a two-year period, practically his life savings.

Seniors lose more than $3 billion annually to scams, says the FBI’s Elder Fraud division. Scammers target seniors because they usually have financial savings, own a home, and have good credit, according to the FBI.

What’s more, the FBI says that seniors are less likely to report scams because they may not know how, maybe ashamed, or maybe worried that their family members will think they can no longer handle their own financial matters.

The Impact of COVID-19 on Scams

With more seniors staying indoors because of COVID-19, older adults have been keeping in touch with family members and friends over the phone. So, it’s not surprising that phone scams are on the rise.

Fraudsters are now calling seniors and asking them to pay for COVID-19 tests and vaccinations, and offering fake COVID-19 “cures.” None of this is real and no one has to pay for a COVID-19 vaccination, said Fred Shelton, Columbus, Mississippi’s chief of police.

“If it doesn’t sound right, it’s probably not right,” Shelton said. Shelton also warned seniors against believing legitimate federal and state authorities would call and threaten to put them in jail if they don’t pay financial obligations.

The Most Common Scams

The most popular schemes against seniors are usually carried out door-to-door, on the Internet, or over the telephone. When it comes to telephone scams, the United States is now the second most spammed country in the world, with Brazil being the first, according to a 2020 report by Truecaller, a caller ID and spam-blocking smartphone application. Additionally, the nation saw a 56 percent increase in spam calls in 2020 compared to 2019.

Truecaller also found that 56 million Americans reported losing an estimated $19.7 billion in phone scam calls. Of those who lost money in 2020, the average reported loss was $351, up from $244 in 2019, and 61.5 percent were scammed based on a robocall.

Scams involving Medicare, counterfeit prescription drugs advertised online, and phony financial investments are among the most popular schemes involving seniors, according to the National Council on Aging (NCOA).

One of the most frequently reported scams is the “grandparent scam.” In this fraud, a scammer calls pretending to be a senior’s grandchild. The fake grandchild frantically tells the senior that he is in trouble and needs the senior to wire money or send gift cards to help the grandchild out of a troublesome situation. The NCOA describes the grandparent scam as “extremely deceptive” because it plays on the emotions of the elderly.

Losing money through scams can be devastating to the elderly and may impact their self-esteem. But experts say there are ways to protect seniors from falling prey to scams, and some include:

Scammers can face serious criminal charges after they are caught and convicted. For instance, Leipham, the Las Vegas resident, is facing up to 20 years in prison, if convicted of the federal charges.

In a press release about the case, Acting U.S. Attorney Randolph J. Bernard said this “showcases just one of the many ways people prey on our elderly neighbors.”

“We encourage everyone to be vigilant and suspicious,” Bernard said. “If it sounds too good to be true, it’s most likely a scam.”