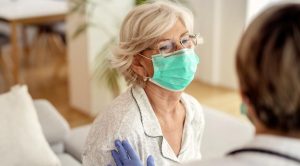 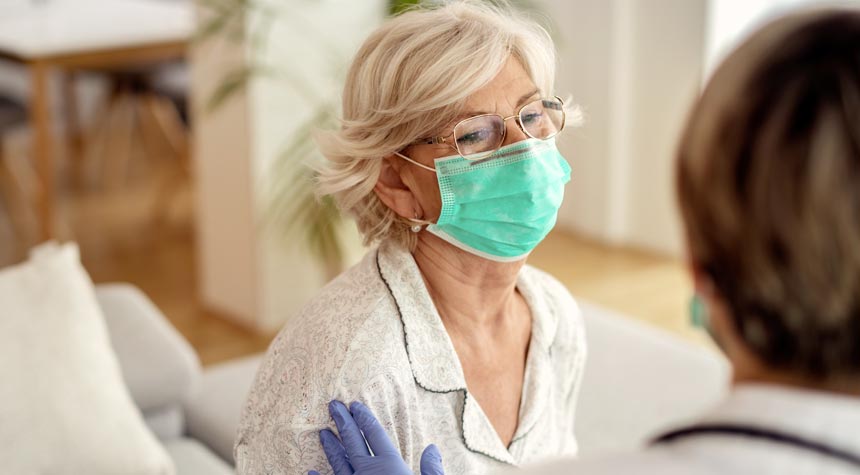 Richard Lui, an anchor for MSNBC and NBC News, has spent years as a journalist keeping the public updated on the latest happenings around the world. But, he recently cut back his work hours to take on another job: Family caregiver.

Liu said when his father, Stephen Lui, was diagnosed with Alzheimer’s disease, he and his siblings took turns caring for their father when the stress of caregiving took an emotional and physical toll on their mother, Rose.

For Liu, caregiving meant flying back and forth from New York two to three times a month to California where his parents live. Lui said he cared for his dad from 11 p.m. to 5 a.m., the time when his father would fall or want to leave the house.

After four or five years of sharing in caregiving duties, Lui said he was tired and even thought about giving up his career in broadcast journalism. But, he didn’t have to go that far. Lui was allowed to cut back his work hours.

Liu is one of 48 million Americans who care for an aging parent or a close friend, according to the National Alliance for Caregiving (NAC) and AARP’s “Caregiving in the U.S. 2020” study. Of the total number of caregivers, 61 percent also have jobs. The report also noted that the majority of family caregivers are older women who are more likely than men to reduce their work hours, take a leave of absence or drop out of the workforce because of caregiving responsibilities.

Besides affecting a person’s emotional, mental, and physical health, caregiving also takes a toll on the nation’s economy when caregivers leave their jobs to devote more time to caring for their loved ones.

According to an analysis conducted by AARP, if employers and governments put policies in place that support working family caregivers 50 years old and older, the U.S. economy could retain 10.7 million jobs and the gross domestic product (GDP) could increase by as much as $1.7 trillion by 2030. What’s more, the GDP could grow to $4.1 trillion by 2050.

The workplace policies could include options such as flexible hours, working from home, paid time off, family medical leave, affordable backup care, and referrals to community resources. AARP suggests that worker productivity would increase under these policies because employees could continue working instead of quitting their jobs to care for their aging loved ones.

For its analysis, AARP used data from its “Longevity Economy Outlook” survey and its “Caregiving in the U.S. 2020” report. The reports identified workers, 50 and over, who either left the workforce, reduced their work hours or passed up a promotion because of their caregiving responsibilities.

The COVID-19 pandemic brought working caregivers to the forefront over the past year when companies allowed employees to work from home. More than 30 percent of family caregivers responding to the NAC and AARP survey said they were experiencing, “a strong increase in stress due to the pandemic’s implications for their work-life responsibilities.” Additionally, more than half said they were spending more hours on family caregiving while working.

Over the past year, Ellen Minor, a 61-year-old teacher in California, has been working remotely while caring for her 93-year-old father, Ronald Terry.

At the beginning of the COVID-19 outbreak, Terry was in a skilled nursing facility recovering from cardiac surgery. But Minor took him out of the facility and moved him into her home.

Since Terry needed full-time care, Minor hired an aide to work overnight. Minor said she only hired one aide to protect herself, her husband, and her father from the risk of exposure to the coronavirus.

With the stress of juggling her work and caregiving duties, Minor was considering quitting her job.

“I can’t tell you how close I have come to forcing myself to retire early, which means paying for my own medical insurance,” Minor said. “I have come very close, with the stress. I just can’t take it.”

Alzheimer’s Care During The COVID Pandemic

The COVID-19 pandemic also made it more difficult for families caring for a loved one living with Alzheimer’s disease and other forms of dementia.

According to Dr. Jason Karlawish, a geriatric physician and co-director of the Penn Memory Center in Philadelphia, Pennsylvania, the coronavirus pandemic left family caretakers by themselves to figure out how to find and pay for services for their loved ones.

One service Karlawish recommends is adult daycare programs. But, many programs are “profoundly under-resourced” and closed due to COVID, he said.

According to Karlawish, these programs live “on the economic margins.” Since America does not have an organized social insurance program, they struggle to make ends meet. Karlawish describes this as an “indictment of our health care system.”

Even before the pandemic brought on the financial crunch, families already had financial concerns, particularly with the handling of finances by a loved one in the early stages of Alzheimer’s disease. As a matter of fact, Karlawish said having trouble with financial tasks, making mistakes, or being a victim of fraud or exploitation may be a sign of a mild cognitive impairment.

A family member’s monetary losses were evident when financial transactions were documented on paper. But, they are not so noticeable now that financial records have become electronic. According to Karlawish, software has been developed that allows trusted caregivers and contacts to monitor the financial accounts of people with cognitive impairments without having access to their actual funds.

Meanwhile, Lui’s father can no longer handle his own affairs. Now that he has lost his hearing, Lui speaks into amplifier headphones that he puts on his father, and wears a paper name tag that reads, “I’m Richard, your son.”

Lui said caring for his father inspired him to live selflessly and to document his caregiving journey in a book titled, Enough About Me: The Unexpected Power of Selflessness.

Luis said his father is still “fighting the good fight,” and he’ll “remain at his side as long as it takes.”