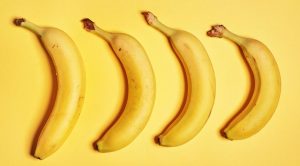 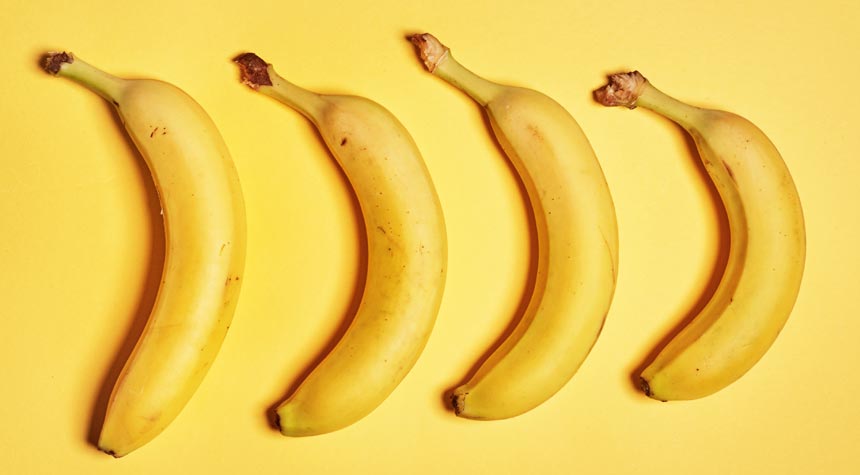 If certain types of cancer run in your family, you may want to start eating slightly green bananas. That’s because the resistant starch in unripe bananas can reduce the risk of some cancers by more than 60 percent, according to a 20-year international study.

The Colorectal Adenoma/Carcinoma Prevention Programme (CAPP2) study found that resistant starch reduces a range of cancers by over 60 percent. Resistant starch is a type of dietary fiber found in potatoes, oats, breakfast cereal, cooked and cooled pasta, rice, peas, and beans, in addition to slightly green bananas. Resistant starch can also be taken as a powder supplement.

Generally, the body digests starch by breaking it down into glucose (sugar) and using it for energy. However, the body cannot break down resistant starch. So, resistant starch passes undigested through the small intestine and moves to the large intestine where it is digested, or fermented, and feeds healthy gut bacteria. The resistant starch, then, acts like dietary fiber in the digestive system.

The CAPP2 research team saw the positive effects resistant starch had on the upper gastrointestinal (GI) tract in helping to reduce the risk of certain cancers in that area of the body.

“The effect was most obvious in the upper part of the gut,” John Mathers, professor of Human Nutrition at Newcastle University and the study’s first author, said in a statement. “This is important as cancers of the upper GI tract are difficult to diagnose and often are not caught early on.”

The CAPP2 study, led by investigators at the Universities of Newcastle and Leeds in the United Kingdom (UK), was published in July in Cancer Prevention Research, a journal of the American Association for Cancer Research.

During their investigation, the researchers discovered that a resistant starch powder supplement might help prevent cancer in people with Lynch Syndrome, an inherited disorder that causes people to be predisposed to certain cancers, including colorectal, uterine, stomach, ovarian, pancreatic, and prostate cancer.

People with Lynch Syndrome were participants in a trial previously conducted by UK investigators as part of the decades-long CAPP2 study. The 2020 study found that participants who took 600 milligrams of household aspirin each day significantly lowered their risk of colorectal cancer, but not other cancers. The participants were monitored for at least 10 years and up to 20 years for some participants.

Mathers said the dosage of resistant starch used in the trial was equivalent to eating a slightly green banana every day. According to Mathers, before a banana becomes too ripe and soft, the starch in bananas resists breakdown and reaches the bowel, where it can change the type of bacteria that live there.

However, to the investigators’ surprise, they found that the risk of other types of cancer, mostly those that occur in the upper GI tract, was reduced by 50 percent in participants who took the resistant starch supplement. According to the study, resistant starch had an effect on esophageal, gastric, biliary tract, pancreatic and duodenal cancers.

Researchers saw this effect continue a decade after study participants stopped taking the supplement. During the 10-year follow-up, the study reported only five new cases of upper GI cancers among the 463 participants who had taken the resistant starch compared with 21 among the 455 who were on the placebo.

“The results are exciting, but the magnitude of the protective effect in the upper GI tract was unexpected, so further research is required to replicate these findings,” Tim Bishop, a professor at the University of Leeds who also ran the trial, said in a statement.

People with Lynch Syndrome were specifically chosen 20 years ago to help the research team test whether aspirin or resistant starch could reduce their cancer risk, according to Professor Sir John Burn, from Newcastle University and Newcastle Hospitals NHS Foundation Trust, who co-ran the trial.

So, “finding that aspirin can reduce the risk of large bowel cancers, and resistant starch other cancers by half, is vitally important,” Burn said in a statement. Based on this trial, Burn said the UK’s National Institute for Health and Care Excellence now recommends aspirin for people at high genetic risk of cancer.

“The benefits are clear—aspirin and resistant starch work,” Burn said.