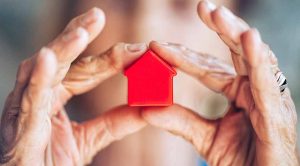 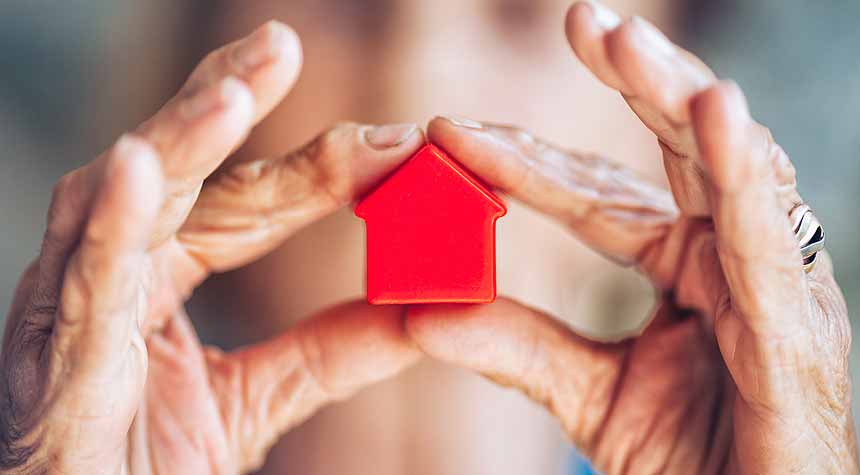 Survey after survey shows that most older adults want to age in place, meaning they want to grow old in their own home instead of moving into a nursing home or assisted living facility. It’s a logical choice for many adults, especially those who have been in their communities for decades and have raised their families in the home they live in now.

But for many seniors, aging in place is not as simple as it seems, particularly when they weigh finances, health challenges, and other factors involved with living independently. This is what Dorothy Delaney, a Hinesburg, Vermont resident is doing.

Delaney is 70 years old, lives in the house that her parents left her, and works full-time as a registered nurse. One of Delaney’s four children lives with her but her son plans to move out soon. Her husband died in the 1980s so she has not been able to save as much as she would like for retirement because she raised four children as a single mother and helped them through college.

Delaney says she expects to rely on Social Security when she retires and she is concerned about making ends meet, especially when it comes to making home repairs. Delaney said she does not know how she is going to handle things when they come up.

“So the reality is yes, I like where I live, I’d love to stay here. But I can’t. I know I can’t,” Delaney said in an interview with Vermont Public Radio.

Delaney echoes the concerns of older adults nationwide who believe it is ideal to age in place, but reality forces them to give serious thought to living independently, particularly if they live alone already.

The National Poll on Healthy Aging found that 88 percent of people between the ages of 50 to 80 who participated in the survey said it was very or somewhat important to them that they live in their homes as long as possible. In addition, 47 percent of respondents say they have given this little or no thought, while only 15 percent (1 in 7 older adults) said they have given a lot of consideration to how their home may need to be modified as they age.

The poll, which represents findings from a national sampling of 2,277 older adults, is based at the University of Michigan’s (U-M) Institute for Healthcare Policy and Innovation and is supported by AARP and Michigan Medicine, the U-M’s academic medical center.

One reason why people do not give much thought to modifying their home is the fact that it’s not easy to think about getting older, and about the changes in their ability to move, see, hear, think or drive as they do now, according to Beth Spencer, a retired geriatric social worker at the U-M Geriatrics Center.

“In our society, people don’t want to think about aging,” Spencer said in a news release about the poll. “You may be in great shape now, but stuff happens. Like it or not, most of us will have some disability at some point, and it really requires thinking about this.”

The U-M poll showed another worry older adults have is having someone to care for them. According to the poll, 48 percent of older adults who live alone said they do not have anyone in their lives who could help them with personal care such as bathing and dressing if needed, compared with 27 percent of participants who live with others.

In addition, 2 in 5 older adults said they were not confident they could afford to hire someone to help them. The percentage was even higher among those who say they were in fair or poor physical or mental health.

Planning Ahead Is Important for Aging in Place

It’s possible to successfully age in place even though older adults do not see right now how that can happen. Spencer, who is in her 70s, and Dr. Sheria Robinson-Lane, who studies aging-in-place topics at the U-M School of Nursing, offer tips for older adults considering aging in place:

1. Plan ahead for what you may need. Look around your home and imagine what it might be like for an older version of you to live there. For instance, what might it take to help you get in the door, to go up and down the stairs, or to take a shower or bath?

2. Make small changes gradually to make aging-in-place easier. Consider making small changes over time to make your home safer, such as installing grab bars in the tub or shower, installing railings on the staircase and entry doors, or installing “smart home” technologies, such as a doorbell camera, remote-controlled door locks, and wearable devices that can be used in the event of an emergency.

3. Think about larger home remodeling projects. Remodeling projects, such as creating a bedroom on the main floor, may be costly. But think of spending money on aging-in-place projects as an investment—and also as a cheaper option than medical bills or lost mobility after a fall.

4. Overcome your reluctance to ask for, or pay for, help. For older adults who are worried that hiring someone to help them would reduce the money that they leave to their loved ones, Spencer suggests hiring someone now instead of relying on help from loved ones or making them worry about their ability to stay safe in your own home.

Robinson-Lane recommends looking for free or low-cost resources that may be available in your community, such as the federal Area Agency on Aging, which connects older adults with housing, programs, and services.

“It’s not uncommon, to either not have close family, or to have no desire to necessarily live with them as you grow older,” says Robinson-Lane. “In these instances, it is most important to really think about what other types of supports are available that will allow for independent living for as long as possible.”

Dorothy Delaney in Hinesburg, Vermont gets offers to live elsewhere, but she’s not interested. “Well, I get offers, like, ‘Come out to Seattle and you can live in our basement, Mom.’ You know, and I’m like, I don’t want to live in a basement in Seattle.”

Robinson-Lane also recommends involving others in your aging-in-place planning.

“It is important to include family and close friends in conversations about growing older,” says Robinson-Lane. “Talk with them about your preferences and wishes in the event of a major medical crisis and spend some time thinking about who you can rely on.”