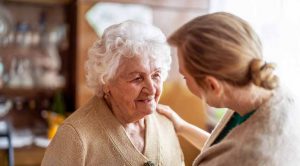 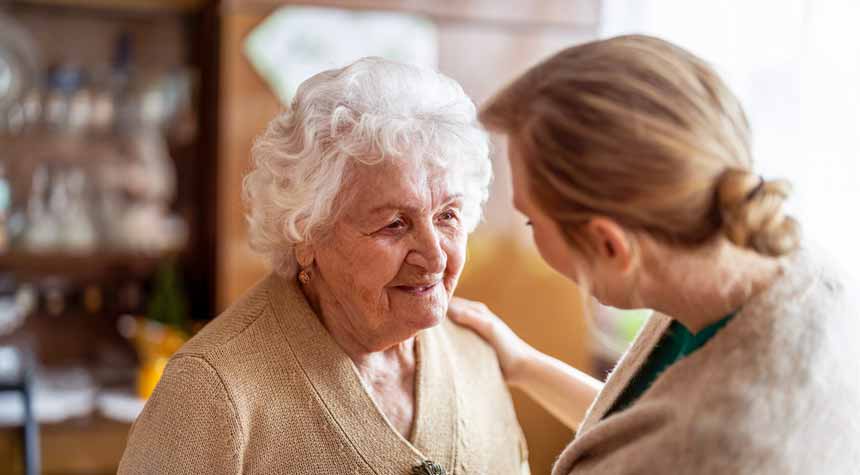 The COVID-19 pandemic of 2020 kept thousands of older adults in their homes in order to reduce their risk of exposure to the coronavirus disease. During that time, many seniors, especially those in senior living communities, could not have visitors. So, they found themselves in social isolation until government-mandated lockdowns were lifted.

While socially isolating older adults was designed to help their physical health, it may have impacted their mental health. Social isolation can trigger dementia in older adults, according to a new study conducted by researchers at the universities of Warwick and Cambridge, both in the United Kingdom (UK), and Fudan University in Shanghai, China.

The investigators reviewed data from over 462,600 people in the U.K. Biobank and used specific techniques to examine the associations of social isolation and loneliness with dementia. After adjusting for lifestyle, depression, chronic illness, and other risk factors, the research team found that socially isolated people had a 26 percent increased risk of developing dementia.

Researchers said the association of loneliness with dementia was not significant as depression, which contributed to 75 percent of the relationship between loneliness and dementia. The study also found that socially isolated individuals had lower volumes of gray matter, which are areas in the brain involved in memory and learning, and processing information. The study results were published in the June 8 issue of Neurology.

The growing prevalence of social isolation and loneliness over the past decades has been a serious—yet under-appreciated public health problem, according to Edmund Rolls, a neuroscientist in the University of Warwick’s department of computer science.

“Now, in the shadow of the COVID-19 pandemic there are implications for social relationship interventions and care—particularly in the older population,” Rolls said in a university news release.

Sleep experts say healthy adults need between seven to nine hours of sleep per night. But studies are finding that too much sleep may be an early warning sign of dementia.

A 2017 study conducted by researchers at Boston University School of Medicine found that people who slept for more than nine hours every night had double the risk of developing dementia and clinical Alzheimer’s disease in 10 years compared to people who slept between six to nine hours each night.

Researchers say the study results may be useful in identifying people who are at a higher risk of progressing to clinical dementia within the next 10 years. The findings were published on February 22, 2017, in the journal, Neurology.

A 2021 study suggests that low-frequency brain waves clear brain waste associated with Alzheimer’s disease during deep non-rapid eye movement (NREM) sleep, the period known as deep sleep. However, brain waste can start to build up and form the plaques and tangles associated with Alzheimer’s disease when sleep is disturbed, according to a study by researchers at Pennsylvania State University.

Beta-amyloid and tau are thought to begin accumulating in the brain 10–20 years before the onset of obvious Alzheimer’s symptoms. The study was published on June 1, 2021, in the open access journal, PLOS Biology.

Also placing people at risk for dementia is obstructive sleep apnea (OSA), a common condition that interrupts a person’s breathing during sleep and wakes up the person. The condition also causes the person to snore loudly.

One study found that beta-amyloid and tau, the two substances responsible for dementia, build up in the brains of people with sleep apnea. Researchers also found that severe cases of OSA caused more extensive brain damage than milder OSA cases. The study was published in January 2019 in the journal, Sleep, the official journal of the Sleep Research Society.

Getting a good night’s sleep becomes challenging as dementia progresses, according to Dr. David Merrill, geriatric psychiatrist, and director of the Pacific Brain Health Center in Santa Monica, CA.
“In these cases, it’s important to have dedicated night-time caregivers, so patients can be looked after, kept safe, and allow daytime caregivers the chance to rest,” Dr. Merrill said.

The investigative team, led by researchers at Oxford University and the University of Exeter in the United Kingdom, suggests treating cardiometabolic diabetes, stroke, or heart attack may be a way to lower the risk of cognitive decline.

Researchers say the study is one of the largest ever to examine the link between dementia and several heart conditions, and one of the few studies to examine the complex issue of multiple health conditions. The study was published in The Lancet Healthy Longevity journal in June 2022.

The team reviewed data from the UK Biobank of nearly 20,000 participants who were 60 years old and older. Investigators looked at whether they had diabetes, had a stroke, or had a heart attack. Just over 2,000 participants had two conditions, and 122 had all three. Researchers found widespread damage across the brain for those with more than one condition.

“[F]or people who have a diagnosis of diabetes, stroke or a heart attack, it is particularly important to look after their health and ensure they are on the right treatment, to prevent further problems as well as to reduce their dementia risk,” Dr. David J Llewellyn, the study’s senior author, said in a statement.

Information about the participants’ genetics and brain imaging data for over 12,000 participants were also included in the study. Deterioration was found only in specific parts of the brain in participants who had a high genetic risk for dementia.

The study’s findings show that heart-related conditions are linked to dementia risk to a greater extent than genetic risks, said Dr. Xin You Tai, the study’s lead author and a doctoral student at the University of Oxford.
“So, whatever genetic risk you were born with, you can potentially make a big impact on reducing the risk of dementia by looking after heart and metabolic health throughout life,” Dr. Tai said in a press release.

Engaging in regular exercise, eating a healthy diet, and maintaining blood pressure, blood sugar, and ensuring that cholesterol levels fall within guidelines are ways to look after your heart, said Dr. Kenneth M. Langa, the study’s co-author and a professor of medicine at the University of Michigan and Veteran Affairs Ann Arbor Healthcare System.

“Our research indicates that protecting the heart throughout life likely also has significant benefits for the brain,” Dr. Langa advised in a press release.