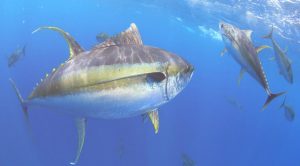 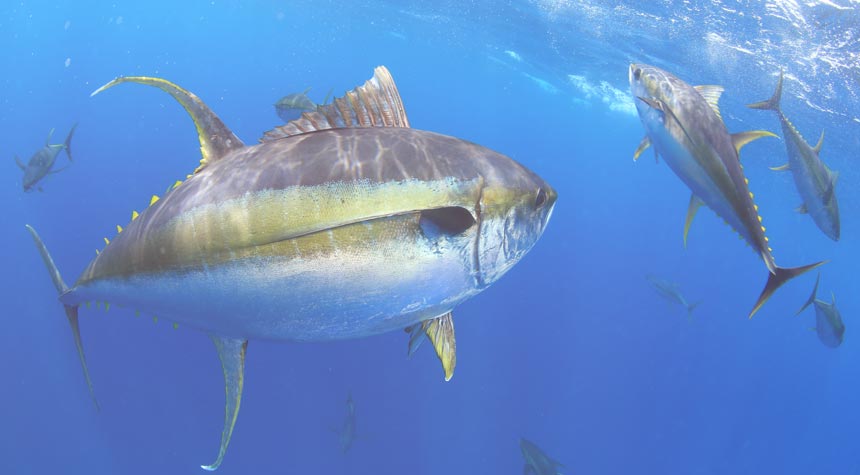 The History of Tuna

Tuna holds the distinction as one of the world’s most popular fish and one of the most reliable food sources.
While cans of tuna sit on shelves in kitchen pantries around the world, the high-protein, low-fat fish is also on the menus of well-known restaurants.

But Subway, one of the world’s largest sandwich chains, is under fire for allegedly having tuna missing from its tuna sandwich. A class-action lawsuit was filed in a federal court in Northern California claiming that Subway’s tuna sandwiches “are completely bereft of tuna as an ingredient.” The lawsuit, filed in January, alleges that Subway’s tuna is “not tuna and not fish” but a “mixture of various concoctions that do not constitute tuna.”

Subway vehemently denies the allegations, stating in a news release that it serves “100 percent wild-caught, cooked tuna, which is mixed with mayonnaise and used in freshly made sandwiches, wraps, and salads that are served to and enjoyed by our guests.”

Besides making headlines, the lawsuit has shined a spotlight on tuna, the second most consumed seafood in the United States behind shrimp, and the second-most eaten fish in Britain, behind salmon. The United States and Europe are the largest consumers of canned tuna, according to a market analysis report by the California-based, Grand View Research.

Fresh tuna is also of high value in other countries, including Japan. For example, the finest bluefin tuna in Japan reportedly can be valued at $200 per pound. At the first auction of the new year in 2020 at Tokyo’s Toyosu fish market, a bluefin tuna, weighing 276 kilograms (608 pounds), sold for 193.2 million yen ($1.8 million).

Tuna had been a staple in Japan and the Pacific Islands since the 18th and 19th centuries and historians say that tuna fishing is at least 2,000 years old in the Mediterranean.

Historians also noted that the Greek philosopher, Aristotle, mentioned bluefin tuna in his “History of Animals” written in 350 BC. Pliny the Elder (A.D. 23/24–79), an ancient Roman author, naturalist, and philosopher, wrote about tuna and even recommended eating tuna to treat ulcers. Historians also claim that the bones of tuna fish have been excavated from prehistoric sites that date back to the Stone Age.

Tuna: The “Ferraris of the Ocean”

Although there are more than a dozen species of tuna worldwide, the tunas share some of the same characteristics. For instance, tunas must swim constantly so that oxygen-rich water can pass through their gills. Tunas would suffocate for lack of oxygen should they stop swimming.

What’s more, their special muscles give tuna the power to swim—and swim they do. The World Wildlife Federation (WWF) says if “fish were like cars, tuna would be the Ferraris of the ocean—sleek, powerful, and made for speed,” noting that some tunas can swim as fast as 43 miles per hour.

The availability of different tuna species encouraged the global establishment of tuna fisheries—places where tuna are reared for commercial purposes. For example, fisheries were set up for albacore, yellowfin, skipjack along the western coast of the United States, and off the Maldives Islands, Sri Lanka, and India. Additionally, longline fishing was set up in Australia for southern bluefin tuna, which can grow up to 10 feet long and weigh more than 1,000 pounds.

The Canned Fish Industry Takes Off

By the early 1900s, experiments were underway with canning fish, and sardines were the fish of choice. But with its success came a decrease in the availability of sardines. So, Albert P Halfhill, a sardine fisherman and co-founder of the Southern California Fish Company, decided to replace sardines with albacore tuna, once considered a “nuisance” fish.

Halfhill’s decision paid off and canned tuna became a solid hit with consumers. Halfhill, dubbed, the “Father of the Tuna Packing Industry,” also discovered that when steamed, tuna turns a white color and has a mild flavor.

The first canned tuna debuted in 1904 and production, using albacore tuna, increased over the next two decades. By the 1930s, however, albacore tuna disappeared from the California coast, forcing fishermen to move into Mexico and other coastal areas to look for tuna.

When the United States entered World War II, the U.S. Navy used tuna boats to carry and deliver supplies, and canned tuna was shipped overseas to U.S. troops as a high protein food source. Although there was still a demand for canned tuna, the supply was limited since many tuna fishermen were drafted.

After the war, canned tuna production continued. By 1954, the United States was the world’s largest producer and consumer of canned tuna. Over the next three decades, Brazil, Venezuela, Indonesia, the Philippines, and other new countries established large-scale industrial fisheries.

In recent years, overfishing has posed serious threats as the loss of tuna and other predators cause populations of prey species to expand, according to the WWF. Predatory fish, like tuna and sharks, consume other fish, such as squid, herring, and sardines.

In its 2007 “Tuna in Trouble” report, the WWF said the main commercial species of tuna—skipjack yellowfin, Atlantic bluefin, Southern bluefin, Pacific bluefin, big-eye, and albacore—were either fully exploited or endangered.

Even before the WWF report, governments, environmental groups, and celebrities were pushing for the protection of tuna. In 2009, wildlife advocates called for suspending international trade in bluefin.

In response, the International Commission for the Conservation of Atlantic Tunas (ICCAT) set quotas for both eastern and western bluefin tuna. Two years later, ICCAT launched a pilot program to stamp out illegal fishing by electronically tracking bluefin from the time it’s caught to the time it’s sold.

Since 2013, the price of tuna has been on the rise, but that has not deterred the demand for the fish. For instance, canned tuna flew off the shelves during panic buying at the outbreak of the COVID-19 pandemic.

While some of the tuna species may be facing extinction, and court action continues over Subway’s tuna, the fish remains an important food staple worldwide. So, it appears that tuna will not be leaving store shelves or kitchen pantries anytime soon.