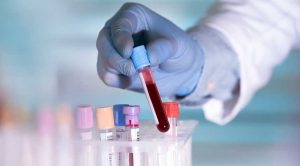 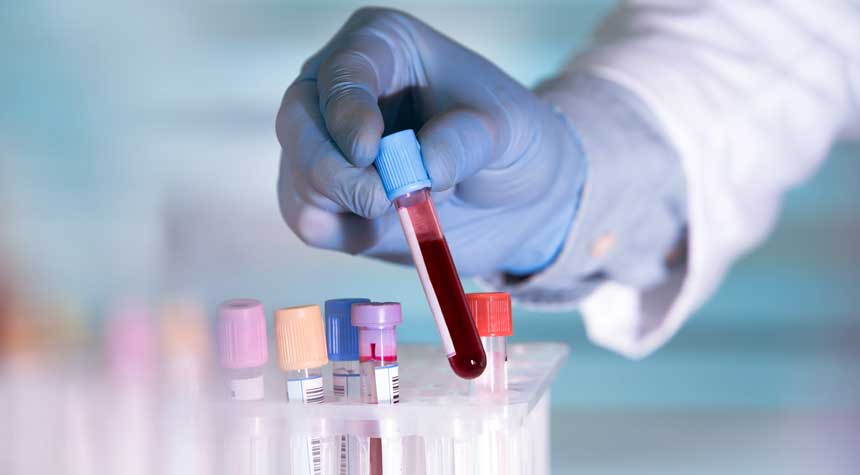 Blood Tests For Dementia, Alzheimer’s! A New Way To Diagnosis These Diseases

Scientists have been working for decades on developing new methods that would accurately detect signs and symptoms of Alzheimer’s disease. Prior to the early 2000s, the only way to know for sure whether a person had Alzheimer’s was to conduct an autopsy after the individual died, according to the National Institute of Aging.

Now, researchers believe a new generation of blood tests can more accurately diagnose Alzheimer’s, a brain disease that slowly worsens over time and causes memory loss and other cognitive problems.

More than 6 million people in the United States are living with Alzheimer’s, which is the most common cause of dementia, according to the Alzheimer’s Association. Alzheimer’s has no cure, but treatment can slow the progression of the disease.

Stephen Salloway, a professor of neurology and psychiatry at Brown University who directs a memory and aging program at Butler Hospital in Providence, Rhode Island, says the new blood tests represent “a very early start to a new era of diagnosis for Alzheimer’s disease.”

Scientists say that blood tests are not as expensive or invasive as brain imaging, spinal fluid tests, and other methods used to determine signs and symptoms of Alzheimer’s. A blood test might also be more practical for people who do not have access to memory clinics or specialists who can diagnose Alzheimer’s disease.

Besides that, some of the current methods do not work for all patients. For instance, people who are taking blood-thinning medications may not be able to have a spinal tap because of the risk of spinal column bleeding near the puncture site. Salloway said validated blood tests would be better in these cases.

What’s more, researchers say some patients cannot afford the out-of-pocket costs for brain imaging, such as a Positron Emission Tomography (PET), a radioactive scan that detects the beta-amyloid buildup in the brain and in the blood vessels supplying the brain. Beta-amyloid proteins accumulate abnormally in the brains of people with Alzheimer’s. Some hospitals charge for administering a PET scan, and imaging specialists charge for interpreting the test results.

Besides having to pay for a PET scan, patients may have adverse reactions to the chemical tracers used to detect beta-amyloid protein, according to the Alzheimer’s Association. The most commonly reported adverse effects to include pain at the injection site, headache, fatigue, increased blood pressure, and nausea.

In addition to a PET scan or spinal tap, doctors diagnose Alzheimer’s disease by using other methods that include:

The blood test is also an alternative to another common test that analyzes amyloid-beta and tau protein in cerebrospinal fluid and requires a spinal tap that can cost about $1,000.

Scientists at Washington University School of Medicine, St. Louis, developed a blood test for Alzheimer’s disease that they say is an alternative to expensive imaging tests, such as the PET scan which can average $5,000 to $8,000 per scan.

The research team’s study, which involved nearly 500 people from across three continents, estimates that prescreening for the disease with a $500 blood test is more affordable than brain scans and other expensive tests.

“A blood test for Alzheimer’s provides a huge boost for Alzheimer’s research and diagnosis, drastically cutting the time and cost of identifying patients for clinical trials and spurring the development of new treatment options,” Dr. Randall J. Bateman, the study’s senior author and the Charles F. and Joanne Knight Distinguished Professor of Neurology, said in a statement about the study, published in February in the journal Neurology.

The Washington University research team developed a blood test that determines whether amyloid plaques have started accumulating in the brain based on the ratio of the levels of the amyloid beta proteins in the blood. The study showed the blood test’s accuracy, when combined with genetic risk factors for Alzheimer’s dementia, was 88 percent when compared to brain imaging and 93 percent when compared to spinal tap.

A commercial version of the blood test, known as Precivity AD, is marketed by C2N Diagnostics, a Washington University startup founded by Dr. Bateman and his colleague, Dr. David Holtzman, the Barbara Burton and Reuben M. Morriss III Distinguished Professor of Neurology. Drs. Bateman and Holtzman are inventors on a patent the university licensed to C2N.

While Medicare and private insurers do not cover the Precivity AD test which costs $1,250, Joel Braunstein, the CEO of C2N Diagnostics, said the company is “making progress” in getting insurers to pay for the test. In the meantime, C2N Diagnostics is offering financial assistance to eligible patients.

The U.S. Food and Drug Administration (FDA) allows the company to market the blood best under certain federal rules since the test is performed at the company’s lab, which is certified under Clinical Laboratory Improvement Amendments. CLIA certification makes the test available to doctors in the United States.

Researchers say that blood tests will also allow them to screen large numbers of people for clinical trials that test new drugs aimed to slow or halt Alzheimer’s disease. The Eli Lilly pharmaceutical company, for example, developed a blood test that could detect a protein called P-tau217, which is associated with damaging the brain and causing Alzheimer’s. The company used the test during the second phase of testing its Alzheimer’s drug called, donanemab. The study on Lilly’s blood test was published in the journal, JAMA, in July 2020.

Heather Snyder, vice president of medical and scientific relations at the Alzheimer’s Association, says advocacy organizations support tests that are simple, inexpensive, and accessible to doctors and their patients.

C2N’s Braunstein understands the importance of providing information to doctors who want to see more evidence that a test works before recommending it to their patients with memory and cognitive problems. Braunstein believes the more comfortable doctors become after seeing findings in the studies, the more they will be willing to recommend a new test.

Snyder says it’s important to have “a toolbox of potential interventions” for Alzheimer’s patients, including medications or lifestyle changes. Snyder says these tools can be used to ”identify an individual at the earliest possible point who may be at the greatest risk and may have initial changes associated with the disease.”